From Florida to.. "are you kidding?" 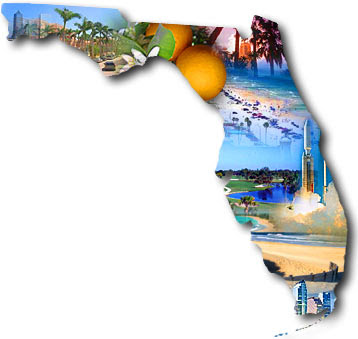 Look for updates below

We'll have to wait for the entire schedule announcement for tomorrow, but for now both Curt Cavin at IndyStar and Brant James at the St. Petersburg Times have confirmed that the IndyCar Series will be opening its 2009 season with the St. Petersburg Grand Prix next year on April the 5th.

Cavin also goes on to include that Homestead-Miami is in fact staying but moving from the first race to last. I for one can tell you that (recent attendance aside) I'm extremely happy that Homestead-Miami seems to be staying on the schedule as it is a great track for racing and one that we could certainly use more similar of, (not following the Daytona D shape cookie cut).

However at this same time I'm not sure what this means for Vegas and Loudon being added or Barber and Cleveland for that matter; all races many would like to see added.

We'll have to wait a little over 17 hours for the rest of the schedule, but I can definitely tell you that, in my opinion, waiting until April 5th to start the series is a mistake. As we surely learned this year, fans are begging for a good race once the 24 Hours of Daytona happens and then we're left to sit and twiddle our thumbs when there is great weather to be had at Barber Motorsports Park, Homestead, Mexico City & Vegas. And as learned in the past the IRL seemed to want to avoid football season, and working itself further up into March was the way to do that.

UPDATE: Well not only does it look like Vegas and New Hampshire are no-gos, but it looks like the IRL decided to leave SMI at the altar while they were at it; asking SMI to go an extra mile, and when SMI does, the IRL backed out...?

According to this anyway, specifically New Hampshire's Jerry Gappens says it best:

"I sat in a meeting and watched Bruton Smith ask them for a race here, which they seemed extremely interested in doing, pending scheduling conflicts with Japan. In addition, in that same meeting, they asked him to host the series finale in Las Vegas, which he agreed to and even offered the speedway and financial support to do it this year. Having attended that meeting in early June, it's hard to believe that neither is on the new schedule."

How can it go from possibly one of the best looking scenarios with many tracks begging for a spot, to as ESPN reports one of the worst thought processes possible in this situation "The IRL wanted to use the 1.3-mile road course outside of Turn 1 in the LVMS parking lot instead of the 1.5-mile oval that seats 150,000 spectators."

For a series that is dominated by the Indy 500, an oval track, I honestly can't believe they were looking to begin AND end the series both on road courses, either or is fine but both? One has to hope this was just the IRL's odd way of saying no without saying no to the oval...

And this has nothing to do with an Oval Course bias, it has to do with turning your back on not only one of possibly the most valuable potential long-time partners for the IRL, but someone who was so committed, that they actually offered to pony up the funds and track to get Las Vegas onto the 2008 schedule if needed...

ANOTHER UPDATE: It now sounds as if we're getting the same 2008 schedule for 2009 minus Nashville, plus Toronto and swap around some dates... but I'll reserve comment once the IRL confirms what it looks like USA Today has already told us.

more on this after the full IndyCar announcement tomorrow...