Well, we're only 1 day away from the blogathon!!! All of the events are starting to get settled in and we're up to 3 bloggers now committed to post at some point during our 24 hours!! (should any of you other bloggers want to join in, if even for just 1 post, let us know here or e-mail).

See bottom of this post for a complete schedule of everything to be seen this weekend.

The 24 Hours of Daytona has set it's starting grid, an we're looking at the #58 (Herbie colored) Brumos Porche on the pole... but if you know anything about this race you know pole means absolutely nothing. Click here for some pictures from pracitce/qualifying so far.


Now on to Part 3 of our blogathon preview; here are all the other sporting events we plan to sprinkle in during all the motorsports blogging:

One thing you will always have to give to the NHL, is that they are not afraid of trying new things in order to make things better. They were the first to break out a Freshman vs. Sophmore game, they change rules constantly to make the game more exciting and enjoyable for fans and continue to tweak their All-Star festivities.

For those who don't know the NHL SuperSkills is like their HomerunDerby/SlamDunk competition, only except their competition actually tests things that are useful as well as entertaining for players to be able to do (fastest skater, most acurate shooter, breakaway challenge, etc); AND they've announced some changes this year including the amazing: One competition will be decided by fan text-messaging. Imagine if the NBA was smart enough to do that for the slam dunk competition! We all witnessed Alexander Ovechkin's awesome attempt at the baseball slapshot last year, maybe we get to see it work this year!

Australian Open (Round of 16?)

Saving us in the middle of the night as A1GP ends and Daytona 24 goes off the TV (and we'll have to go to live-scoring online updates and webcams) will be live coverage of the Australian Open. While it is apparently against the rules of the Australian open to tell us what exactly we'll be watching (notice you can't click on Day 7 and at least see what round is scheduled) We're presuming it looks like it may be the first day of the "Round of 16" and we will most likely be getting the Roddick-Robredo match (Roddick being only 1 of 2 American's left along with James Blake) at some point along with Djokovic, Federer and on the women's side Jankovic, Safina and Petrova now that Venus Williams was upset last night (though the Williams sisters are alive in Doubles).

While I (Wedge) have never beena large fan of judged sports, simply because of the objective nature and the constant bias seen in judging, I very much enjoy a chance to see the Flying Tomato and all the other athletes compete. The amazing things these men and women do are remarkable, plus it looks like we'll be getting a sprinkle of some downhill racing and snowmobile racing as well.

In all on the docket during b 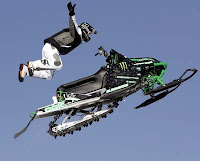 While we're not sure how much basketball we'll actually cover; there is certainly no shortage of basketball during our blogathon, so I'll just finish this by listing all the telivised games to choose from: Memp.-Tenn. / FSU-Va / Wis.-Ill. / Kansas-Iowa / UConn-Notre Dame / Xavier-LSU / DePaul-Marquette / GMU-VCU / MSU-Georgia / Utah-UNLV / QXU-UPS.. ok I made that last one up... and then NBA will give us Celtics-Mavericks...


and while we're REALLY not sure if we'll give any of thes a mention, they are technically happening but for whatever reaosn may or may not get mentions during blogathon.

We'd actually love to talk about Stewart, Reed and the rest, but unfortunately their race in Reliant Stadium is not being broadcast live, and while orgiinally scheduled for tape delay the next day on CBS, it has at the moment yet to show up on the TV's guide. So anyone who wantsa to report on it for us should they have access or be at the event, definitely let us know. 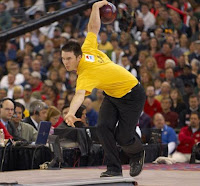 This will hit us just as the end of the 24 nears and just as the sleep deprivation is really setting in so surely we won't miss oppourtunities to talk about big balls. In all seriousness we'll definitely get them a mention if at least for their having a good time in their commercials.

Yeah ok, I don;t see us mentioning this outside of any generic sarcasm, but some consider it a sport, and it is happing live during the blogathon on basic television so its getting mentioned. We'll all be awaiting the duo that succesfully pulls of the Iron Lotus.

p.s. IndyCar/Versus PR has said that they are going to start their 2009 IRL Season ads this weekend during NHL and WEC coverage, we're looking forward to it.

So have we missed anything you want us to mention? let us know; otherwise we hope to see all of you here and on twitter starting at 3pm Eastern as the Daytona 24 coverage starts on Fox. With that said; here is you blogathon sports schedule with TV & Times.

so thats it... hope to see everyone commenting and listing to our craziness tomorrow!
Posted by Allen Wedge at 12:33 PM