An Opportunity for the IndyCar Series to Capitalize On?

With what feels like forever still to go before the IndyCar Series will even practice, not to mention start their season; fans, drivers, teams and the series can only work on building up the anticipation and buzz.

For the second year in a row, IndyCar will get a great assist in having its most popular driver featured once again in one of the most popular publications in the world: the Sports Illustrated Swimsuit Issue. This is great for Danica and the league as it brings attention to both without being negative or controversial. Its a well done/tasteful photo shoot and there is no denying Danica has a great body worthy of this kind of attention. Head here for the pictures/video of the shoot; some Q&A with Danica and even a behind the scenes interview during the shoot with Fanhouse. 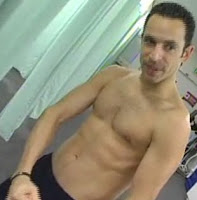 As a fan of the IndyCar Series, I have to wonder; why is the Series missing out on much more that can be done here? Sure Danica's shoot will get some pub, but why is she the only one. Its no secret that 80-90% of IndyCar drivers are some of the most ripped bodies in sports. One only needs to see Helio Castroneves and E.J. Viso take their driver physicals to know these guys have bodies made for photo shoots. But why did I have to scour the internet and settle for driver physicals to find proof? Certainly Danica is not the only driver who is considered sexy; and surely she's not the only one who exists outside of the fire suit.

Why is Danica the only one being seen? I imagine partly because she may be the only one who has the big time Marketing & PR representation. Either the rest of the IndyCar field might not have the representation or even if they do, they are more prone to think about technological or race oriented opportunities and don't think about this kind of exposure, the Indy Racing League should!

The kind of demographic that can easily be reached with this kind of PR is one in the same that Dancing With the Stars only slightly touched on. Grab this kind of opportunity and run with it. I can tell you many females I know, racing fans or not, would not miss the opportunity to see what's under those fire suits. 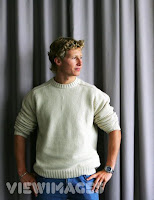 To a racing fan this idea may not make much sense, but the racing fan doesn't need the buzz and convincing anyway. A multiple-page spread on "The Drivers of IndyCar" in Cosmopolitan is not one that should seem silly or need much convincing; these guys and girls have the bodies, and most have the lifestyles to go for a great provocative photo shoot; simply tell the readers a few things about what the drivers like to do, how they train for the season, maybe a quick Q&A and just give readers the photographic goods.

It can go in any direction needed really; we've seen Dan Wheldon go all GQ, and it looks like Ryan Briscoe certainly has the capability. But take it a step further and let the ladies know Ryan Briscoe likes to do shirtless kayaking past the Sydney Opera House to stay in shape...

Bruno Junqueira, Vitor Meira, Tony Kanaan, Scott Dixon and I'm sure many more ride bikes do triathlons, marathons and the gamut of things; I'm sure it wouldn't be hard to get these guys to do some pull ups and likewise at the beach for a photo shoot to get the Series some additional notice. 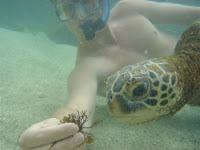 Whatever, it doesn't matter. Come on IndyCar Series, the females of the world are waiting to see Will Power in some board shorts catching some waves in the sun...

Actually, no, this female of the world doesn't want to see the boys in board shorts.

I find the fact that they are accomplished drivers sexy. I like them in nomex, in a car, doing what they do.

I would lose just as much respect for a male driver for whoring himself out and draping himself half naked over the hood of a car, as I would a female driver.

I'm a fan of racing, and therefore race car drivers. As they are.

The better they perform ON TRACK, the sexier they become.

and that's my 2 cents

But that's exactly the point I'm making. YOU are a racing fan. The league doesn't need to do any further convincing to you, and you can ignore an article/spread/whatever much like most race fans ignore the Danica extras already.

While hardcore fans might hate "trendy" people honing in on "their parade" , its the exclusivity that can kill this sport. This is something the league can very much afford to do to attract new fans without hurting their integrity in the slightest.

Many others in all sports have proven you can in fact do PR and still be good at your sport. Keep in mind spread's don't always translate to model-esque-ness. Like I found on the internet as it is, you can simply take pictures of these drivers doing whatever it is they do for training.

First of all the "league" has nothing to do with the Princess and her sprawlage.

Danica benefits. That is all. And hey, all the power to her! I don't begrudge her promoting herself.

I just won't be fooled into the misguided notion that this is in any way, shape or form "good" for the series or that it creates new fans

The last thing any series, or band or, product for that matter, needs is a fanbase of fairweather, there for the wrong reason fans.

(and god help us if that's the case, cause when Daddyca tells his little princess that the $$$lawn is greener elsewhere, those "new trendy fans" are going to follow along like good little sheep)


Perhaps had the IndyCar marketing power trust put some effort of their own into promoting the series and ALL of the drivers post unification to gain an actual stable fanbase, rather than riding the coat tails of a possible felon and a bikini model for a year, we would have a larger more stable fanbase and perhaps not be facing the hardships we are facing.

I also have to disagree that the league doesn't need to do any convincing to actual and current fans. I think they have to work even harder to impress/convince/keep us interested.

Fanica's are going to buy Sports Illustrated, and make them and she and bucketload of money. Then they will go to her site to buy Danica swag. They aren't necessarily going to watch or follow the racing. In the long run, that's what needs to happen.

WE, the fan's that you say don't need convincing, are the ones that watch and buy tickets and go to races. WE are the ones that are going to introduce and promote the sport to new fans which will perpetuate growth and longevity.

By the same token WE are the ones that are going to lose interest if we feel we aren't getting the best possible product, on and off track.

Why do you watch women's tennis? For Kournikova? No. You read Sports Illustrated for her. But you watch tennis to see the William's sisters defy gravity and awe you with their skill. that's all I'm sayin...

Hey don’t worry about the length of the comments.

I think you put too little stock into name recognition and marketing in general; and way too much stock into ‘qualified’ race fans. There is no wrong reason to be a fan. There may be many wrong reasons to call yourself an expert, but certainly never qualifications for being a fan (well maybe the exception being a stalker). IndyCar needs fans, I don’t think they are in any kind of position to be choosy about the fans’ motivation.

If motorsports didn’t run on race attendance, TV ratings and sponsorships, then sure Danica’s PR does no good for the sport; but Danica being seen helps both of those. She’s listed in there as IndyCar driver, not random girl with no name. To think IndyCar would be better served if she became a media hermit is silly.

You even say it yourself about buying Danica swag. That’s a fine starting point for word of mouth and introduction to her name, and then the follow up by others: who is she? You certainly did not suddenly one day become a racing fan, no one was. Everyone got introduced in one fashion or another and not everyone comes in the same way. Not every person out there has access to racing knowledgeable acquaintances that can introduce them. You don’t give up on these people, you go to where they are and introduce them to racing.

I went to see Denyce Graves perform in concert because I read about her non-music charity work in a non-music magazine. For the record, I’m not nearly the tennis fan I am a racing fan, I generally just stick to the majors; I did in fact watch Kornikova and Sharapova matches for the first time because I heard their names as notoriety in news or otherwise not related to their playing at all. I knew their names from the non-tennis stuff and as a result decided to watch them play. I also know many people who have now become fans or at least watched/attended races because of drivers’ non-racing exploits.

Yes I know Danica’s PR got her the SI deal, said so in the post. But the question is, why is she the only driver to show up anywhere outside the racing realm? Because she is the only driver to afford big time PR people is no excuse. But this (where you and I seem to agree) was the crux of my whole proposition. Promoting other drivers in the series and getting their names known to people who don’t know them, because the league has too much at stake & can’t afford to play indifference and hope the drivers can nab PR people.

Promoting other drivers in the series and getting their names known to people who don’t know them, because the league has too much at stake & can’t afford to play indifference and hope the drivers can nab PR people.

That was truly my point after all of that blathering. The eggs in one basket thing.

Promote the series first, drivers second (all and equally), and in a way respectful and promoting of the sport.

I'm not suggesting giving up on the fanicas, because you're right, they may tune in and discover some real drivers and stick with it... :-P *evil grin*

I am saying don't naively make them your sole focus. You will lose.

No sport or league will ever promote all of its athletes equally. Even in college. Maybe a long time ago. Maybe Michael Jordan changed it all.

If so, it worked. Because I never watched NBA until Jordan and stopped after he left until my city got our team. During that time I also watched a lot of Boris Becker and then Agassi and Sampras... but not really anyone else. And honestly, I have't watched much since until this Australian Open. But I don't think I could name 5 other women tennis players besides the Williams sisters.

Watch when NCAA Tournament commercials start coming on soon. You'll see more of Coach K than you can stand and he'll never even do anything to decide the actual outcome of a game.

I'm not saying it's right, but Danica is the Sosa/McGwire of your sport. She got people to watch who have never watched before. Now it's the league's job to get them to stick around. That's what baseball has done!