How to Cheer up an IndyCar Fan? Pile Up Good News & Comedy.

After what was mostly a week of bad and neutral news last week not generally inspiring the masses; we've gotten all good news so far this week that has to at least be getting fans happy, and hopefully the beginning of a good news snowball. 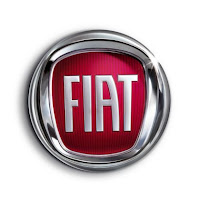 w engine package set for the 2011 season. As expected we're looking at 4 or 6 cylinder engines (oddly enough it says turbocharging will be allowed; as in you could stay Natural Aspiration? Can't imagine anyone bringing a knife to a bazooka fight)

Of course the most beneficial part of the release is telling us who is officially involved, and as expected we've got Honda, and as previously confirmed overseas the many branches of Audi/Porsche/Volkswagen (though I wouldn't expect

more than 1 of those to jump in as they are owned by the same umbrella) but best of all Fiat (Ferrari etc.) has also said it is in. You can also be happy that one of their engine requirements remains staying "green." Going fast and making that sweet turbo sound while being as good as racing can be is great.

What is the most amazing part of this whole ordeal that goes overlooked by many; is that it may very well be the first time in recent memory that a series got manufacturers/designers together and asked them what they wanted, not the other way around by slamming down restrictions and specifications that don't relate to the real world; instead much valuable knowledge can be gained from this formula and used int he real world.

This will likely give fans 3 very serious names in motorsports for some great competition once again. Now while they also say they are trying to go "as early as" 2011, which a lot of people are worrying about being a sign of no 2011, as the economy and time itself looms, but I think come the 2011 season, all 3 will be answering the bell, theres too much time for the economy to recover between now and then. 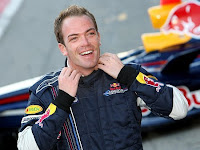 In driver news; as you may have seen on our twitters; author of the best Silly Season there is "hairpin" had reported he got info from a source that Milka Duno was to drive in a 3rd Newman-Haas-Lanigan car; wait a 3rd car??? well he then came back to tell people Robert Doornbos would be in the 2nd car. For obvious reasons many of us were quite confused by the move, but a Dutch newspaper, IndyStar & EuroSport are all now reporting Robert Doornbos to drive the 2nd NHL car.

Doornbos I think will be a great asset to the IndyCar Series; he's got a great personality, great sense of humor (see Sebastien Bourdais impression) and he's proved time and again he can contend and win in both the Champ Car Series and also currently in the A1GP Team Netherlands car. This news however really makes us wonder, that is 1 for 1 at hairpin... Will Duno in fact be in a 3rd NHL??? 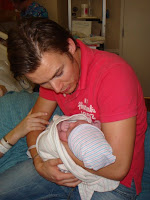 Though this one doesn't affect the racing, we would like to wish Dan & Susie Wheldon congratulations on the birth of their new son Sebastien Daniel, as reported by both Brant James/St. Petersburg Times and the Panther Racing Website.

Lastly; Indycar.com has finally gotten to giving fans something they really value and enjoy. Showing behind the scenes and lighter sides of their drivers in this great blooper video comprised of the drivers trying to record some spots for upcoming race and event promotions to be used in 2009. There are a lot of great parts in there but I think the quote of the bunch goes to Graham Rahal for his:

"Remember guys I don't have a college education"

Should any Versus, ESPN, or IMS Production people be listening to this; these are the kinds of things fans would love to see in pre-race; and go further with it maybe some comedic stories from the guys or prank videos (like the old AGR pranks) ; comedy is always gold in this world; and so long as something is actually funny and well in taste it will always resonate well with any consumer. Also if you're listening; I'd love a shot at a job!
Posted by Allen Wedge at 12:54 PM