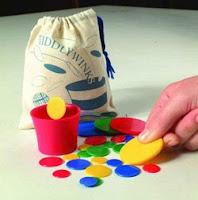 In news that surely will rock the world, Danica Patrick told the Toronto Sun that USF1 has never talked to her, and that she's not even interested anyway because she never liked being too far away from home, which the Toronto Sun decided to list as a merge of where she was born and where she was raised; going with Roscoe, Wisconsin.

Danica also takes a shot at USF1 for, as we all expected, using her name mention to get themselves some pub. Danica however has not denied her interest in becoming the new starting center for the Furious Wedge International Tiddlywinks team.
Posted by Allen Wedge at 3:04 PM