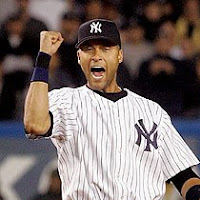 IF (4.5/5) - Probably th best IF in baseball, but Cano, A-Rod, and Posada have injury concerns. I guess Cody Ransom will play 3B to start the year, but he's never really had to play a lot.

OF (4/5) - Nady's power stayed up, but his average and OBP each dropped over 50 points as a Yankee. Could be a concern, but Swisher was brought in for insurance. Gardner may take over in CF.

SP (4.5/5) - Like the IF, this could be the best rotation in the league if everyone (Sabathia, Burnett, Wang, Pettitte, Chamberlain) is healthy. Hughes and Kennedy are also options.

RP (4/5) - There will young guys here instead of guys like Farnsworth and Hawkins. I personally think they'll be better off, but we'll see. There are some good young options and it's refreshing to see the Yankees going this route, at least in one area of their team. There are talks about returning Chamberlain to the bullpen and letting Hughes pitch in the rotation.

[Disclaimer: I do not claim to be an expert on your team. I think it's fun to do this stuff before a season starts and then see how close (or how far off) I was. If you spend time from your day insulting us, telling others to insult us, or posting in a blog or messageboard about how wrong our opinions are, then we are flattered!]
Posted by Mike at 8:50 AM