As we've all heard and now digested, Formula One has decided it will no longer crown its champion driver via points, simply by race wins (with points as a tiebreaker). 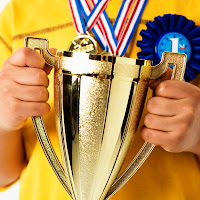 Now... I understand putting more emphasis on wins for a championship, but wins alone is too much. While NASCAR gives entirely too much for simply participating, and basically no credit to winning versus anything else; I think F1 will be putting way too much credit into possible inconsistency. I honestly believe IndyCar's current system is the fairest because it gives a good enough bonus to first and second place finishers but it doesn't murder people not finishing first and second.

Lets face it a season champion is about efficiency; the person who finishes the best overall/most often, I mean who do you want to hire out of college; the kid who got a few A's but failed half his classes, or the kid who comes out with the 3.14 GPA?

People want to guess that a guy in the new F1 system can win 5 and quit, and yes its a realistic scenario, but lets look at what happens to 13 years of Indy Car Racing.

I went back to 1996 in both CART & IRL using F1's new system, and here are some interesting results. Of the 25 titles, we get 8 new or non-split champions; 18 times the title is clinched before the final race. 9 times it is clinched with 2+ races to go.

Want to see a year by year analysis of what happens to Indy cars under the win heavy system? Well lets take the IRL first: 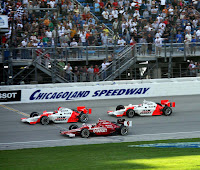 2008: Dixon secures championship with 3 races still to go when Wheldon & Briscoe fail to win Detroit. Helio is never in contention at the time when Dixon clinches.

2007:Tony Kanaan locks up share of the championship in Detroit and Franchitti's win on final lap of Chicago stops Dixon from taking it from TK.

2005: Wheldon clinches in Chicago with 2 races still to go

2004: Kanaan still wins, but as a FOUR-WAY-TIE with Wheldon, Buddy Rice and Adrian Fernandez with TK having most points.

2003: Dixon wins via points in 3-way tie with Hornish & De Ferran; Dixon essentially locked up share of it with 1 race to go barring catastrophic failure.
2002: Hornish wins but this time locks it up share with 3 to go, and clinch with 2 to go, no duel to the wire with Helio

2001: Not only does Buddy Lazier win instead of Hornish, Lazier locks it up with 1 race to go. (Remember in reality Hornish won by 100+ points)

2000: Buddy Lazier still wins clinching with 1 to go, but this time there is a 7 way tie for 2nd place in wins.

1999: Greg Ray wins but clinches title with 1 race still to go when Scott Goodyear (who finished 9th in points) doesn't win at Vegas.

1998: Brack locks it up before the final race; 2nd place in points Davey Hamilton is never a factor.

1997: Luyendyk wins instead of Tony Stewart with a 8 way tie for 2nd. Luyendyk locks with 1 to go.

And Now for CART/Champ Car

1999: Montoya wins but instead of going down to the wire and then tiebreaker over Dario; this time he clinches it Vancouver with 4 races still to go!

1996: Michael Andretti wins title instead of Jimmy Vasser even though Andretti failed to finish 6 races...


Not entirely different results across the board, sure; but some pretty interesting seasons in there...
Posted by Allen Wedge at 3:41 PM

If I recall correctly, it was Hornish and Wheldon in '06. Hornish won by the tiebreaker with Helio in third seperated by 2 points.

You are correct. In the F1 system (which is what all this stipulating was about) he still has a tiebreaker but with Helio instead of Wheldon.