It's been a while since we had a good prediction based on my playing video games to determine the outcome. And since last night's Cubs-Sox game was rained out, I did the only sensible thing... played RBI 3 on my NES.

We all know the original RBI is the best baseball game created prior to EA Sports' Triple Play 98. However, RBI does not have all of the rosters, so I couldn't have a Windy City match-up and instead elected to play RBI 3. I did not play this game much growing up (it must have come out very close to the release of the Super Nintendo, I'm assuming) but it is very similar in play to the original. You still control like 8 guys at once, but you also get to make your fielder "dive" or "jump" to get to those hard-to-reach hits. 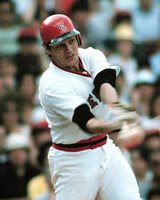 I was the Cubs (of course) and started Greg Maddux. He was dominant! For 2 innings. By the 3rd inning, his fastball had gone from about 95MPH to like 72MPH. I had a 7-0 lead when the Sox came up to bat in the bottom of the 3rd, but then Sammy Sosa (great timing, huh?!) and Ivan Calderon both beat out infield singles to set-up Carlton Fisk's bases-loaded triple. He came in to score as well, but then I brought in Mike Bielecki and the Sox didn't score another run. 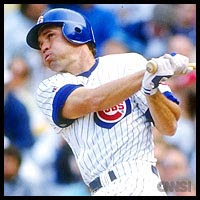 My offense was led by my all-time favorite player, Ryne Sandberg. He was 5-5 with FOUR homeruns and eight RBI. I had 6 homeruns total, with Shawon Dunston hitting the other two.

In fact, something strange happened at the end. I was winning 14-4 with two outs in the TOP of the 9th. Dunston hit a 3-run HR and made it 17-4. Then the game ended! In the middle of my at-bat in the top of the inning. That doesn't make sense. Even if it were a 10-run rule, I was already up by 10 runs before Dunston came up and shouldn't the other team get to bat? Maybe it's a 13-run rule no matter who is batting. Weird.

Either way, I think it's safe to assume that, based on my game of RBI 3 last night, the Cubs are going to dominate the Sox today.
Posted by Mike at 1:46 PM