To be honest; when the whole Tony George resigning story came out, it was not a shock to me, and I still don't understand everyone out there being shocked. Miller, Martin and Schoettle all reported on this a month ago, and IMS admitted restructuring was coming.

Then news of the IRL/Brasil deal that is bringing an influx of cash came out, Ryan Hunter-Reay had to be moved for cash reasons. All of these things are smart decisions for a company to take, and the restructuring is also part of that, turning things into a profitable business; no reason to freak out...yet.

In the news report yesterday we learned that the replacements were hand picked by Tony & the board, & that its 2 guys who have been in the IMS system for over 10-15 years; pardon me if I'm nonchalant-ish. Yes I realize all the implications & possibilities that restructurings can have, and new directions things can go in, but people need to remember that the IMS & IRL are attached right now, Tony and Mari are still voting members & that IMS needs the IRL to survive right now. The only real difference is for hardcore fans who pay attention to this and need to find a new whipping boy just like MLB, NFL & NHL fans have Bud Selig, Roger Goodell & Gary Bettman.

Honestly, the story here is what will Tony George hating split-loving people do now? We're unified and TG is no longer CEO, for the love of all that is holy, what will they do!?

There is so much unfounded prognostication out there, and so much freak-outtery that everyone's missing quite a many bits of news that has come through in the past 48-72 hours, so here's a rundown for those interested:

Has A1GP Run Its Final Race/Season?

If you're a regular FW reader, you've seen me chronicle the happenings & mis-happenings of A1GP over the past 2-3 years; and if I hadn't said it enough, I'll say it again; the World Cup/Nation vs. Nations concept is absolutely great, and having a series run during what is "off-season" for just about every other series is also great. The concept however has mostly been executed horridly.

Well I may not have much more to chronicle, as in the past 2 days, reports have come out everywhere that the British arm of A1GP has gone bankrupt.While this isn't the entirety of A1GP, it may as well be as this arm runs all the staff & logistics for the series. Series Chairman Tony Teixeira claims that they can still go on, but I, and many others can't possibly fathom how.

A1GP has burned so many bridges with failed on-time payments, canceled races, late pieces-parts for teams; but all that aside, the series has ALWAYS put on a masterful show with great competition and great commentary and great online live-streaming. The irony? this news comes after learning A1GP did one thing they hadn't seemed to be able to do all these years; they got an entire schedule together and FiA approved almost half a year ahead of schedule.

If the series goes, I will be sad, but I'll understand; but more importantly it raises some huge questions:

-What happens to Surfer's Paradise/Gold Coast who broke off talks with IndyCar to go with A1GP?
-What happens to the new Hampton Downs track in New Zealand being built specifically to start taking over the New Zealand portion of the A1GP schedule?
-Even if the series survives, do teams like AGR-Team USA care to continue with it being so unstable?
-What does Montreal's Circuit Gilles-Villneueve do now?

P.S. you can also add that the uniform/apparel provider for quite a many A1GP teams is also going under.

IndyCar listens to all of its teams/drivers/fans and immediately institutes 3 new options for teams to give an additional downforce to the cars, which will hopefully aide grip and improve passability. As a fan and proponent of the league, I'm happy, but not quite ecstatic. I am excited that the 3 new things are optional; as I went through yesterday, its options that make racing exciting, seeing different kinds of combinations and how they work. 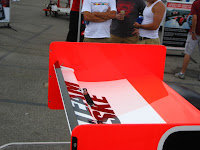 I would like to see the wheel base opened back up, and something done with the wings, such as Dreyer & Reinbold Engineer Larry Curry who was hoping to get the vertical wicker removed. The important thing for ICS to do though is note as Curry says:

"Hopefully they'll be open-minded enough that if we get to Kentucky, start running and it's not enough, we'll take another shot at it; A lot of this stuff (is) things we can just unbolt."

What ICS needs to do is add an extra practice session to start at Kentucky, give teams an extra set of tires (or 2 if necessary) and have them run with each other and attempt passing for real. With the extra tires they'll actually attempt it; and then if its not enough start adding other things like removing the wicker etc.

A lot of people assumed Gil De Ferran and Scott Sharp/Highcroft Racing would likely come over, but most couldn't place Scott, his team, or sponsor as going alone, together or as a new operation or separate.

I would think that Scott & Patron have to like how good Panther's results have been this season; but if Scott runs more this season, you really wonder if that's the official deathblow for that teams ALMS operation, and also if that is the final set of dominoes in motion for the end of ALMS (which is currently being rumored by a few insiders to be bought by Grand-Am/France Family).

A Spokesman for Toyota, said they are considering ending plans to host the F1 Japanese GP!?
I'm not even sure where to go with those implications; and its just considerations for now, but what could that do for Motegi's IndyCar date and popularity. For F1, honestly it just goes right along with everything else they've been doing lately in chasing the people with no fan bases but have a crapload of money.

In incomplete news, I'm still not sure what to make of the Milwakuee Mile unpaid bills situation. They haven't paid their bills and seem to be trying to make up some kind of payment plan, and survive; but how flexible can NASCAR & IRL be when bills are due?

Personally I worked for an entertainment non-profit who went through very rough times and some people worked with us while we were behind (in the 6 digit kind of way) and we came back to give them twice as much business once we recovered; but reportedly the Mile is behind in a 7-digit kind of way, that's a really big loan for the IRL and NASCAR to be giving; I'm not sure they can do it.

This isn't news, but its always great to throw in a quote from A.J. Foyt:

This however is a news update from Stanton Barrett himself about his health and return to an IndyCar cockpit:

"Last week I also went from LA to Irvine to work on a new video Google, highlighting the Google / Interush collaboration, along with Marty Matthews. It was great to have the NASCAR and the IndyCar together at the same spot, you'll be able to see this soon on a Google website, and posted on the Interush sites too. Both the NASCAR Team and IndyCar Team have been working really hard at making things work well for the rest of the year. Now that I'm starting to feel better, I'm eager to get back in the IndyCar again in the next month sometime. In the interim the team is using another driver to make sure we are able to enter each race. I need to be back in full health before I drive the IndyCar again so for now, I'm taking the easier path of the NASCAR series and working on films, without dangerous stunts."

ok urge subsided for now... but I am curious to see whatever Google video he is working on; will it be the dream video of the cars on the track at the same time? As always with Stanton, I'm still amazed by his background and dedication. Is there a way we could get Team 3G some budget and additional members to work with, and then hopefully run Stanton alongside a veteran?

Just how low budget is 3G? Well at Richmond you can easily note the 4 man crew the car has, but in addition to that, the team actually pushes their car from garages to the grid, unlike every other team who has a cart to pull it.

Volkswagen already getting committed to IndyCar plans? V4 vs. V6? Another engine summit coming together on Toronto's weekend. 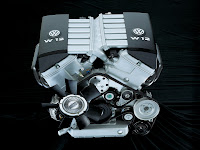 And this finally brings me to what may be some of the most important news of the last few days. Bruce Martin at Versus went on a story breaking rampage and covered Tony George, the new race in Brazil (which has NOT been decided as far as location goes yet); but also gave us insight on the very quiet, new engine package.

Turns out there is another meeting/summit between the potential engine manufacturer's in 2 weeks from now; and it turns out they are very close but still arguing over the cylinder count on the engine; with Honda Performance Development waiting to run a Turbo-V6 and everyone else VW/Audi, Fiat? wanting to run turbo-V4s.

The scary/intriguing news isn't that there is another meeting; its the sudden change in HPD's tune:

'Sources within the IndyCar Series believe HPD has moved away from its stance of wanting a rival automaker to compete against and may see value remaining as a single-engine supplier to the series.

Last June, the IndyCar Series had an Engine Manufacturers Roundtable that was attended by automakers from throughout the world. German manufacturer Volkswagen showed the most interest in joining IndyCar and has even submitted plans for approval from its board of directors.

According to Les Mactaggart, “We’re getting close, we need to know soon who is in and who is out and what kind of engine we will be using. I don’t think anyone believes an equivalency formula between an inline 4-cylinder and a V-6 would be ideal.”

With the current world economy, HPD may believe a single-engine supplier in IndyCar makes better financial sense than going to battle against another carmaker.

When Robert Clarke was the head of HPD, he advocated competition among engine manufacturers. The program is now run by Erik Berkman, who may be taking a new look at remaining as the sole engine manufacturer – a role Honda has held since Toyota and General Motors left the series in 2005."

Look, if VW is already getting approval from their own bosses to move ahead, the IndyCar Series needs to move ahead with them. It would be a stiff arm to Honda, it'd be a movement I'm sure Honda would understand. IndyCar started this whole summit to get competition; and to not go with the new manufacturers at this point would mean it was all a waste of time and energy.

I'm not sure why Erik Berkman suddenly has had a change in stance from his predecessor of many years, but I just don't see where a single engine manufacturer is better for the league.

As far as the V4 vs. V6 issue goes; I truly don't understand why IndyCar doesn't see an equivalency formula as a viable option. Sure its not easy, but its certainly doable as Grand-Am, ALMS & even Forumla 1 have done before.

Personally if they can't come to an agreement in this meeting on the 10th, just go with a dang equivalency formula already, it would automatically bring innovation and competition to the series, but better yet, it'd get this whole engine thing sorted in time so that it could potentially be ready for testing next year and running for 2011.


Pictures via Getty Images, a1gp.com, mikecurb.com
Posted by Allen Wedge at 10:21 AM