First and foremost, if you don't know me, I'm Will from is it May yet?. Anyway, I generally think endurance racing is stupid. It's along the same lines as running a marathon. I mean, I guess you can do it, but I don't really get the point in it. If you're running a 5K, ok...you're skinny and in better shape than myself. Good for you. Why do you have to rub it in my face by running 26 miles and 385 yards? 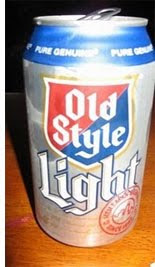 The closest I've ever come to any of these types of things was the time in college when I challenged a buddy of mine to a case race. We each started with a cube of Old Style Light (30 beers, because cases of 24 are for wimps!) at 10 AM and the first to finish won. It ended with a few bumps and bruises and a pile of glass after we took turns breaking champaigne flutes over each other's heads. Who won? Everybody won (well, except maybe the champaigne flutes).

So this race, Sebring, Le Mans, etc. are all just a bit excessive to me.

That said, I'll be watching far too much of it.

Because it's a Saturday between Bengals football and IndyCar season, and I'm mildly snowed in (still working on the beer contingency plan).

So I'm no expert, but I know there are two major sports car series in North America: Grand Am and ALMS. I'm not going to give you many details, because I don't care enough to, but there is one reason why Grand Am is better than ALMS: The RX-8.

Probably the only car I've got any loyalty to that I've never owned. To be fair, though, I did own it's grandfather. Here's my dearly departed baby: 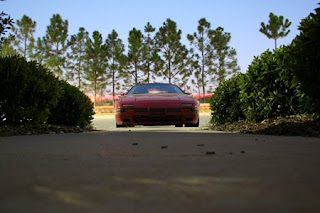 I loved that car. I miss it daily, well, except on days when it is raining because that car leaked like a mug.

Enjoy the excitement with Allen and Ron...now it's time to find beer.

Posted by Will-isitmayyet.com at 3:12 PM