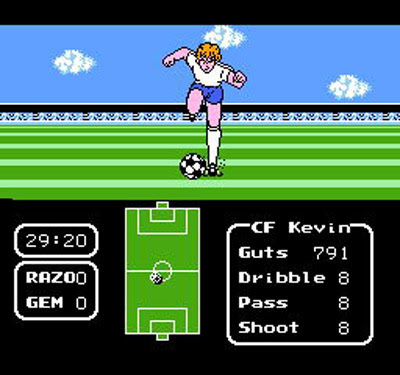 After playing my Super Bowl prediction game, I figured I'd do the same thing for today's upcoming African Cup championship match between Ghana and Egypt. Well, first I pulled up Tecmo Soccer. It was awful. I had no idea how to do anything and it ended up putting all these animated scenes up. I don't know if this was all part of the game, but it looked like Speed Racer playing soccer!

Next I found a game that was just called NES Soccer. They only had like 6 countries to choose from. I picked USA and played another random group of white guys. I scored three goals in about a minute and I don't know which button was for pass and which was for shoot. Or if there's a difference. Either way, if I'm scoring three goals in a minute, this soccer game is not very good. So I quit.

Blame Nintendo for your lack of African Cup prediction.

Best post title of all time. And I don't throw that award around lightly.