That Match May Go Down As "Straight Sets" 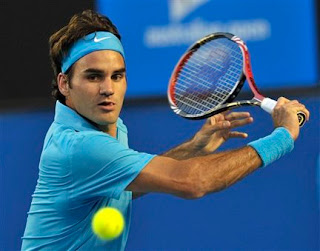 But that third set was a whole other game within itself. I'm not sure Andy Murray would have had enough left in his tank if he had won the 3rd set, but it certainley would have been interesting to see what a little momentum would have done for him; just took way too long.

Congrats to Roger Federer, who I believe has now won his eleventy-billionth Grand Slam title. Over in Daytona we finally got a caution after (what is probably a record) over 200 laps without a caution... which means we're already down to 3 cars on the lead lap, with 4th place in a realistic reach should we get anymore yellow; otherwise we've got a favorite (Ganassi), a contender (Shank) and an underdog (Action Express) to duke it out for the final 10 hours. The Underdog being unhappy with their status has actually been leading the race for the past 2 hours or so.