Us old guys gotta stick together

Hello, friends. Jeff Iannucci from My Name Is IRL here, joining the hijack-a-thon. I concur with George - I have no idea who most of these drivers are, and as such it has been a bit difficult to determine who I am rooting for. I suppose I could always fall back on the tried and true method of cheering for the "most smoking hot car", but I know you expect more from a blogger.

The obvious thing for me would be to pick an IndyCar driver, but since I don't have a favorite IndyCar driver I can't decide between Dixon or Hunter-Reay or Matos or Buddy Rice. The next thing I would do is pick the driver with the coolest name, but much to my chagrin there are in fact TWO drivers named "Memo" in this race. And not a single "Mortimer" to be found. Pity.

So that leaves me, as a 40-year-old racing fan, one option: go with the old guy. And to my surprise the oldest guy in this race is actually someone I have met! Here's a little background from something called "Press Telegram".

Jim Michaelian, the 66-year-old president/CEO of the Toyota Grand Prix of Long Beach, figures to have a most interesting time this weekend in Florida, especially for a gentleman of his age.

Michaelian admits he will be the oldest participant in the 24 Hours of Daytona that commences Saturday at 12:30p.m. and concludes Sunday at the same time.

For six hours during that juncture, he will be buzzing around the track at the Daytona International Speedway in a Ferrari F430 that will reach a top speed of 180 mph and will average around 100 mph per lap.

That's right - the guy who runs the Grand Prix of Long Beach is driving a Ferrari today, or possibly tonight, or maybe even tomorrow.

By sheer chance I happened to actually meet Mr Michaelian last May in the immense and lavish fishbowl that is the IMS Media Center. He was sitting in the middle of it while it was nearly empty, watching some test laps on the overhead monitors while munching on some popcorn. For someone who runs one of the more popular and successful races on this continent he was one of the most unassuming and personable people I met that week. 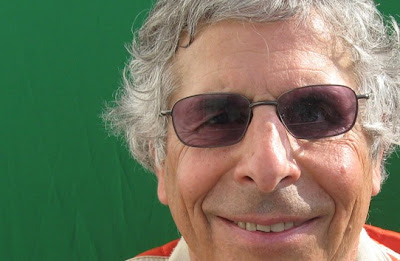 I don't have any major revelations about the man since our conversation was mostly about his event which he was exceptionally proud to discuss, even with a word butcher like me who he had never heard of. I'm sure my fellow hijackers, err, contributors here at Furious Wedge can acknowledge the undying appreciation for anyone in racing who actually takes the time to chat with us, the lepers of the motorsports media.

And even if I hadn't met him I'd be cheering for the guy, because today he's showing me that I still have a good 26 or so years left in case I ever want to get serious about racing in a storied event like the 24 Hours of Daytona. And honestly, I'm sure he'll be driving faster that all these blue-hairs we got out here in Arizona.

Email ThisBlogThis!Share to TwitterShare to FacebookShare to Pinterest
Labels: blogathon

LEPERS!?!? I'll have you know, kind sir, that this is simply a severe case of dandruff.