The Art of Disappointment is not just an album by The Benjamins… It’s a practice that is hard to pull off. But before I get to the heart of what I’m talking about, let me preface this by saying I am a huge fan of the IRL, its racing and most of all its diversity in tracks and drivers. I like Randy Bernard as a CEO selection, I like the addition of Brazil; and I like that new chassis are being revealed by Dallara this week, and that the Delta Wing and Swift chassis are coming next week; and regardless of which one is chosen I’m going to continue to watch IndyCar racing.

Personally of the three Dallara chassis, I like #3 the best. It’s not only the most evolutionary, I like that it covers the wheels from the front and back which could hopefully minimize the possibility of cars climbing each other’s wheels, which is the exact thing that cause Ryan Briscoe and Pablo Perez’s horrific crashes. I also like #2 as well, I mean I would love to see both on the track, #1 has the crappy failed F1 shark fin and is too much like the current Dallara.

All that said, here is the important question? Why are they showing all of these to us? If my reading serves me correctly, We’re getting 3 designs from Dallara, 1 from Swift, 1 from Lola and 1 from Delta Wing. That is at least 6 different chassis for fans to get to know, form opinions on, and most importantly FORM OPINIONS ON!

That is not a bad thing at all; in fact diversity is what makes competition great; just look at the debate you get from fans based on driver backgrounds and track styles. Look at how fans identify with football teams based on their offense: shotgun spread throwing, strong formation pounding the ball with running; look at how much we value seeing a knuckleballer vs. a fastball heater vs. a guy who throws junk in baseball.

We’ve all got opinions, and the fact is, none of them are right; we simply have options we like better than others… and now we’re going to give IndyCar fans months to identify with the cars they like; some people hate the one I like and vice versa, and we’ll all have different favorites and then WHAM… too bad what you think, we’re only going to allow one of them to compete.

So let’s talk economics, because that’s the most logical argument for mandating only 1 chassis. Competition drives up costs? Yeah let me know how that’s working in the auto, personal computer, cable, cell phone and hrmmmm how about every other free market in the universe. 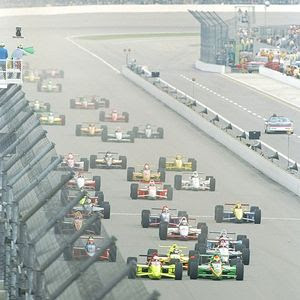 Then what happens when prices stay low? More teams can participate, Hemelgarn, Conquest, 3G, Rubicon and Sarah Fisher can suddenly purchase more chassis than previously meaning they can race for less, people with smaller budgets previously priced out of racing altogether can suddenly afford an entry. In all it means more chassis will be bought than are bought in a season right now.

What if one chassis outperforms the other? Then let the teams make the decision of budget vs. speed… PLUS you could mandate things on the faster chassis to even it out. But what I don’t get here… wasn’t that a large part of the beauty of Al Unser’s final Indy win? The car was old, and came out of a hotel lobby days before the race... instant underdog for people like me who want to see underdogs.

And all of this is ignoring one simple fact, it worked for 30+ years before!

But MOST important of everything here is that Brian Barnhart himself stated that one of the primary goals of a new chassis is to push technological development. That’s a great idea, but you know what happens once you sign an exclusivity contract with a chassis company? See: Dallara, IndyCar, 2005-2011.

Are all these designs going to be very different? Yes, and that’s why I think that they could pick the designs most likely to hold close with each other… Mandate a formula, base that formula off one of these chassis, mandate they have to be made in USA, mandate the fuel, but don’t mandate who is allowed to participate. 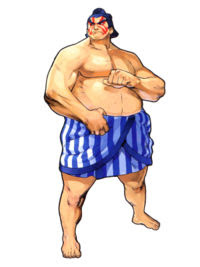 No you say… well fine then; while we’re cutting costs, we’re eliminating passing from football because it’ll save money so teams won’t need quarterbacks, wide receivers or offensive coordinators, for now on only Natty Light will be allowed to brew beer because they make some of the cheapest stuff and they can make it even cheaper if they get exclusive rights, but most importantly… E. Honda is now the only character allowed to be used in Street Fighter… suck it Ryu and Ken users.
Posted by Allen Wedge at 11:32 PM