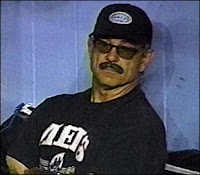 I knew it was going to be an exciting All-Star break. I mean, Bobby Valentine, supposedly one of the smartest baseball guys in the game, predicted Jose Ortiz to win the Homerun Derby. The part that was odd to me, though, was when the other guys started joking about it and Joe Morgan (I believe) said something like, "Well, I'm sure Jose must be his middle name." I didn't take that to mean, "My friend Bobby must know what he's talking about and probably just got confused." It was more like, "Ortiz is hispanic, so odds are... his middle name is probably Jose! Hahahaha."

Now I could care less. But I do know that guys have lost jobs for things like this. Remember Steve Lyons getting fired by Fox? (Short version: before Lou Piniella came out of retirement to lead my Cubs to two glorious playoff sweeps, he was in the Fox booth with Lyons. He said Frank Thomas needed to get "en fuego" and said Marco Scutaro's surprising performance was like finding a wallet on Friday and hoping to find it again next week. Lyons said Lou was "hablaing Espanol" and that his wallet was missing!) I was watching that game and thought it was pretty funny actually. Saying he couldn't find his wallet had nothing to do with Lou's speaking Spanish. But he got fired anyway. I miss Steve Lyons and, coincidentally, don't watch the weekly FOX broadcasts nearly as much as I used to.

So tell me... is assuming a man's name is Jose based on his ethnic background really OK? Then again, maybe this is part of ESPN's training. Just ask Bob Griese and Juan Pablo Montoya.

On the other hand, last night's broadcast of the actual game went pretty well, I thought. Maybe I'm just happy that the NL finally won! (Of course, it's not like my team has any shot at using that home field advantage.) But I watched Saturday's FOX broadcast of the Cubs-Dodgers game and Joe Buck and Tim McCarver were using it as like a tune-up for the All-Star Game. I was a little worried, as it was not exactly the best broadcasting I'd heard in a while.

For one thing, right at the beginning of the game, Buck mentioned Rafael Furcal. He then said, "Not an All-Star, but he should be." And that's all. Just moved on to something else. See, I think that's unacceptable and shouldn't be allowed. If he isn't going to complete that statement himself, there needs to be a producer or someone who prompts him with: "OK, Joe, then who do you kick off of the NL team?"

I'm kind of tired of hearing guys say things like that. You are paid to analyze. If Furcal deserves to be on the team, he needs to take someone's spot. So who is it, Joe? Who do you want off of the team? It's way too easy to make friends and say, "That guy should be an All Star. This guy should be an All Star." Then your roster ends up with 73 of the guys you're trying to make friends with by saying on national television that they were robbed.

Oh, and of course, Furcal did end up on the team! Maybe Joe had some pull? Is his middle name Jose? There's definitely a mystery to crack here.

And McCarver had some gems of his own during Saturday's game. At one point he said the Dodgers' pitcher should not have tried to stop a ball up the middle because "there are eight fielders behind him." No wonder the Dodgers took 3 out of 4 games from the Cubs. They're using an extra fielder! I call BS on the Dodgers... unless you're telling me Tim McCarver doesn't understand there would only be seven players "behind the pitcher."

Either way, I was happy with the outcome and thought it was a great game. Plus, any thoughts that David Ortiz got lazy and sent an impostor named Jose were crushed at the end. Cubbie Marlon Byrd's throw was amazing and all, but surely Jose Ortiz would've beaten it. Only the real Big Papi is that slow. 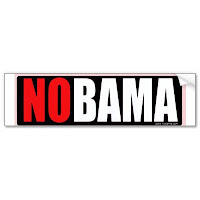 nally, moving on from the All-Star Game, I just thought I'd mention that I enjoy all the new "NOBAMA" bumper stickers I'm seeing. I don't really care one bit about politics, but the way the words are written in red and white, it allows me to tell myself it is an anti-Alabama bumper sticker. As an LSU fan, I can totally get behind that and am pleased to see so many people caring about important sports rivalries as opposed to politics.
Posted by Mike at 8:33 AM