As my summer vacation nears its end, I am rapidly attempting to get through the million items on my "to do this summer" list. One of those tasks was organizing all of the baseball cards in my house. I spent a few hours sorting today, but a lot of that time was spent laughing at the dudes on these cards! So I present my first installment of... Fun with Baseball Cards!

Let's start with this one. It's a card for Giants catcher Kirt Manwaring. But if you take a look at it, I think you'd agree, it's actually a card for (the best player not in the Hall of Fame) Mark Grace. Think about it. If you were on a baseball card and someone on the card had just been plowed over... wouldn't you want to be the one who just laid someone out as opposed to the guy who just got laid out? If I were Mark Grace, I'd have lobbied for this picture to be on my card. 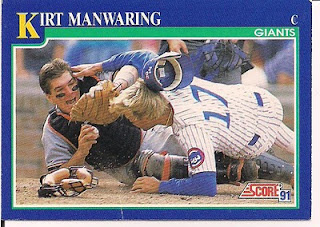 Now... we've all seen the awesome mullets some of these guys were sporting, right? I mean, look at Ron Hassey here:

This is a pretty good representation. You could go through these cards and see hundreds of mullets. But please... please... tell me... what is THIS:

Is Victor Rosario actually going for a jheri curl mullet?? Because that's what it looks like! And if that's the goal, then I'd say he accomplished it. But I think he was really going for this George Bell look:

Bell has the Ice Cube thing down and looks smooth. He'd already had 227 HRs when that picture was taken, so maybe that helped. Victor didn't have any Major League homers. It shows.

Finally, to end today's segment, I'd like to introduce you all to Mr. Shooty Babitt:

There's nothing terribly ridiculous about Shooty. Other than his name being Shooty. And his last name rhyming with "rabbit!" With a name like this, imagine if he'd been a great player. I'd love to have a Shooty Babitt jersey! Looking at the back of this card, we can see his speed and RBI potential: 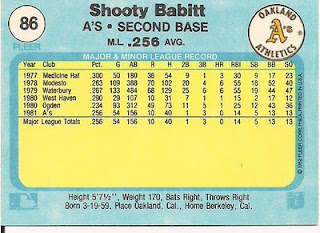 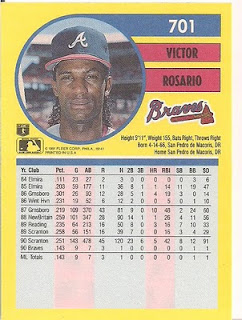 Well, this has been fun. I realize now, however, that I've completely forgotten what blog I'm posting on. Isn't this a racing blog, Ron Furious? Why, yes it is! Forget all that I've said in the post. What I meant to say was: 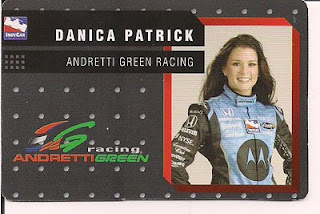 Shooty is still in the game! I'm going to have to try to catch him on mlb.tv. This is such great news!

Awesome memories, but you couldn't find a Razor Shines or Charlie Kerfeild?