What can IndyCar learn from the World Series of Poker?

Last weekend as Helio Castroneves was all up in the grill of IndyCar Security Chief Charles I began to think that if they threw down gloves… I’m taking Charles in the first round, TKO in 9 seconds… 17 seconds if Helio still has his helmet on. I’d lay odds at 1,000 to 1 on Helio and refuse bets on Charles. Seriously, Charles was laughing when Helio grabbed him…

But all my thoughts didn’t entirely lie in the world of gambling and side-bets; but did totally relate to that world and what the IndyCar Series could really do to help themselves, and help participants and fans. You see, just as the smartest man in the world, Shane Rogers, points out it’s all about transparency and connecting with both participants and fans for a sanctioning body. 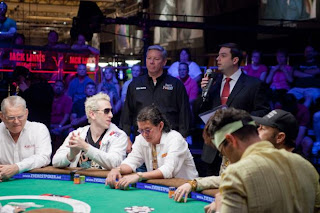 Over the past two months, I’ve been following the World Series of Poker as much as technology would allow me, especially when it came to the Main Event. Over the course of the past months, one thing has really struck me as a remarkable extra step that the WSOP performed. Not only is there a main WSOP twitter account, but Tournament Director Jack Effel has a twitter account! This account wasn’t just for generic or PR use even remotely; Jack himself used it during the tournament to answer questions by not only fans, but also to clear issues up with players who were complaining on twitter.

Think about this for a second, this is an event without live TV or radio coverage, yet because of the perfect use of technology by tournament officials and reporters, I was able to follow 50+ tournaments, know the important hands, and also know the length and reasoning behind any penalties; and also watch as issues arose and were solved.

Sure he didn’t answer every single little query, but he handled the main issues and the ones that made sense to be addressed. It made me feel like the WSOP cared about fans and players equally, not in some quiet back room blocked by security for public access like the way FIFA handles the World Cup and how IndyCar has not only handled the Helio decision, but just about any race call. 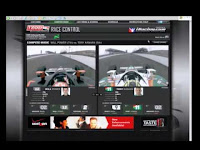 The sad part is that IndyCar has a twitter account, actually they have about 5-6; but the most all IndyCar does with their twitter accounts right now is when the world is complaining that Online Video Race Control isn’t working, they find the 1 twitter account in a thousand that isn’t complaining and retweet with a “see Race control is awesome, this guy said so!” or about how the next generation in racing is here (if you don't get that last joke, don't worry, you're better off for it).

While obviously there’s humor laced in the above statement, there’s also a lot of seriousness. I think IndyCar could benefit the series for fans, drivers, teams, and media alike by taking the same approach as the WSOP. No I don’t think Brian Barnhart has the time to be on twitter during a race, nor should he attempt it; BUT I do think whoever runs the IndyCar main twitter accounts could just put Barnhart's radio signal in one of their ears and relay the definitive calls that TV NEVER broadcasts yet would be so vital to us all. Fans could have a chance to know about it. “Driver Abcdef black flagged ‘drive through’ for blocking car #72 in turn three.”

And just like that, people know why Townsend Bell and Graham Rahal were furious during the Indy 500, because TV and radio certainly didn’t care to let us know. “Car #87 out of the race due to a broken fuel pump” “Car #23 black flagged for race due to inconsistent speed.” And when twitter nation is filled with speculation about the same issue it could be addressed: “ICS rulebook #X states inside line going into an apex is for passing only, otherwise considered blocking.”

Would it completely calm the masses about that call, no, but it would have stopped about a day’s worth of speculation and ranting about Brian Barnhart screwing up the end of the race. Instead of a twitter account clearing up the rule for fans following them (who certainly all the media and broadcast booth would have access to as well), Brian never addressed the TV crew, he went off in a trailer to review the call, and the TV broadcast ended.

Now just imagine if the IndyCar twitter account not only said car#3 was black-flagged, but told us which rule was violated and that it was being reviewed. Imagine if fans had an accurate count of how many warnings were given during a race, and to whom.

It just seems like such an easy and small step to take, one I’m sure you could easily find an unpaid intern or even a fan for. They don’t need trade secrets; it just needs usable definitive information to come out of the twitter account consistently during the race; and one that actually addresses issue people want to know about.

Heck I’d pay if this same twitter account just tweeted corrections to the truckload of very wrong information that comes out of Marty Reid’s mouth. “Conway is still leading the Indy 500, seems TV booth confused a slower car for Mike.”

One can dream and hope…
Posted by Allen Wedge at 10:12 AM

Going along with the thought, I don't think it's too much to put a rules official or liaison in the radio/TV booths for when rules are enforced or questions arise.

The NFL does it during the playoffs, and it seems to work just fine.

As I read, I imagined the FIA/F1 handle penalties, thinking Indy are just emulating the same backroom after-race rulings, but near the end you touch on the prime difference.

FIA and FIFA alike mask many things to keep from confusing an international and multilingual audience, but in controlling the international tv feed, FIA get a big thing right: all timing and scoring show in a consise way that is easy to understand, so that black flag considerations are put on the screen very simply "The incident involving cars 3 and 6 is under investigation," or "Car 3 is assesed a drive-through penalty regarding the incident with car 9." It doesn't break down the rules, but it's something.

If Indy TV broadcasts were similar we'd know the instant Milka Duno was ordered to park through an on-screen graphic.

Christopher thats perfect; and what is truly amazing is that we don't get that information on the U.S. broadcast of any racing, not IndyCar, not NASCAR nor Formula One. Like you said we'd know the instant something happened. It just makes too much sense for the amount of effort it takes to do it.

The F1 coverage in the US must surely carry those graphics because AFAIK everyone gets the same graphics regardless of where they are in the world. They might be formatted differently on the screen between regions but the look, feel and content is the same. It is a great idea though and every series should attempt something similar.

I absolutely love your Twitter idea and it should happen immediately!

OK, I'm a week late to the party here (uh, yeah, no excuse...sorry), but Christopher and Pat are right on, and the Twitter idea is a stroke of genius. The F1 graphics are something that should be cribbed wholesale by the Versus crew, from having an on-screen clock that never goes away during qualifying sessions, to consistent graphics handling penalties, rulings, DNFs, and the like during the race, and stuff like lap counters and updates on fastest laps. Seriously, the F1 guys do all of this stuff RIGHT NOW. Just copy what they're doing and the telecasts will instantly be 540% better overnight.