30 For 30: Winning Time: Reggie Miller vs. the New York Knicks 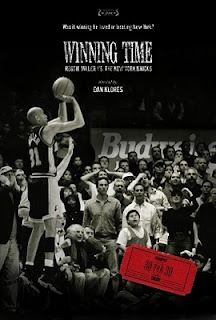 After hearing Reggie Miller on Howard Stern one day in 1995, I bought his book and he immediately became my second favorite player (behind Jordan).

To me, this is the perfect story for this 30 For 30 series. It's something I lived through and would likely try to tell my kids about someday, but wouldn't really be able to put into words myself.

The memory of Reggie scoring those eight points in eleven seconds against the Knicks is one of my favorites from a time when I used to actually plan my days around watching the NBA on television.
Posted by Mike at 10:39 PM