That’s right folks, it’s time once again for the Grab Bag Sports annual festival of insanity, a celebratio0n of all things sports and the start of the motor sports season, otherwise known as Blogathon. From the moment SPEED begins pre-race coverage of the 24 Hours of Daytona to the moment the race ends; 24-½ straight hours of stories, analysis, humor, chat-sessions the much demanded return of Mario Kart, and more.

While each year thus far has been a blast we want to continue evolving this event to bring even more to all of you out there, so we’re stepping it up a notch in 2011.

What is New and What is Returning to Blogathon for 2011?

Fan-Chat Q/A with IndyCar’s Tony Cotman, driver Alex Tagliani and ESPN’s Ryan McGee
First, to kick things off at 4pm Saturday, we'll be joined by IndyCar driver of the #77 FAZZT Racing car, Alex Tagliani. Ask Alex about his outlook on 2011, his thoughts on Daytona, the direction of FAZZT or if he prefers "Tag" or "Tags."

Then at 6p.m. Saturday you’ll have your chance to chat up Ryan McGee, senior writer, ESPN motorsports and NCAA football/baseball. Have a question about TD Ameritrade Park’s upcoming first year with the College World Series, NASCAR’s new point system proposal, needing quotes from Talladega Nights, or a report direct from the race in Daytona, here’s your chance to ask.

Then as we all start our Sunday mornings watching the conclusion down in Daytona, at 10 a.m. we’ll be joined by Tony Cotman, 2012 IndyCar project manager. Do you have a question about the new 2012 IndyCar (or the Rugby World Cup), well here’s your chance to get answers direct from the source.

Guest Posts from the Realm of Sport
As is Blogathon tradition, we’ll be giving the keys for GBS to some of the many writers out there to get their insights, humor, nonsense, whatever. Will you see Roy Hobbson wax poetic about how awesome motorsports fans are, see haikus about Chip Ganassi’s Daytona Prototype, frankly we have no idea, you’ll just have to see. This year’s guest list includes (but is not limited to) More Front Wing’s Paul Dalbey and Steph Wallcraft, Too Much Racing’s Pat Wotton, Pop Off Valve’s Tony Johns, 16th & Georgetown’s James Black and Australia’s very own Shane Rodgers. 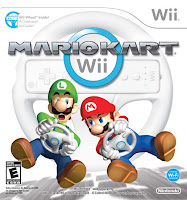 The clear hit addition of last year’s event is returning. We’ll have an open chat room here on GBS for trash talk, and playing until we… umm stop… playing? In order to join in all you have to do is add these friend codes to your account:

Then after you do, send us your friend code via twitter, commenting here, or email (we both have to know each other’s codes for it to work). Then we’ll be starting GrandPrix 4-race sessions. Last year we got close to hitting the GP limits. Should that happen again this year, we’ll split into two groups, and then take the top drivers from both and pit them against each other for a finale.

While racing goes off the TV and as we await the Australian Open championship match, we’re inviting all to put on your best sunglasses and pull down the brim of your hat and join us at 1a.m. as we take over a freeroll table on PokerStars (free to download and play for anyone) and we’ll be kicking up some late night Texas Hold’em; complete with a chat are for some trashtalk.

“Ask a Blogger?” Fan-chat.
Ever wanted to know what Roy Hobbson’s spatula logo symbolizes, wanted to know is “More Front Wing” means more downforce or if they want to have larger wings on the cars? Ever wondering if there can in fact be too much racing? Here’s your chance to chat up the many guest bloggers from around the realm. It’ll also be a place to commentate on developments of all the current sporting events as SPEED closes out its Daytona coverage for Saturday. Anything sports related goes.

So many posts that Blogger will start to send us hatemail in the form of word verification. It’ll be 24-1/2 hours of fresh content about anything sports related, from interesting insights, to in depth analysis, to short and quick notes on the race… I really hope no one RSS feeds this site into their phone.

First Ever Blogathon Giveaway Contest
The contest is simple. Daytona 24 coverage starts at 3pm Saturday. There is 14 hours of live TV coverage this year.. and all you have to do is guess when in that timeframe Scott Pruett will say hello to his family back home. We know he’ll do it, but will he do it in a pre-race interview, or will he hold it till the race is over…? Just guess a time of day ET (post in the comment section of this article) that you think he’ll do it: 00:00 ET Saturday/Sunday, and the closest to it is our winner. The winner will get the first ever Grab Bag Sports T-shirt, a copy of the new Death to the BCS book, and some other cool swag

More Sports Than You Can Shake a Stick At; Here’s is this year’s entire slate of festivities:

All times Eastern, all TV listings U.S.A., live-events only 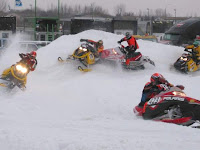 If you can’t find something you like in that list… you’re simply just on the wrong web-site then.

Are we missing something? Let us know. Otherwise, we’ll see you on Saturday!
Posted by Allen Wedge at 2:23 PM

This'll be a fun weekend, the Blogathon looks to be better than ever! I have a few ideas for blog posts.

Viewers in these British Isles may want to check link for TV coverage of events on the list (and other things) and the rest of you may like to hunt for a stream - http://www.livesportontv.com/
(I don't have half of these channels..)

I'm currently listening to the podcast.

and cheers for the invite :)

I forgot to enter the thing, and why hasn't anyone else?
6:32pm EST Saturday

If you're looking for some perhaps, more unusal events (in the style of cricket), one thing that's happening all weekend is the world snooker shoot-out.

Unlike most snooker tornaments, which take a good week to decide a worthy winner, this takes a weekend to decide an, erm, undeserving winner?

The matches are all 1 frame, with a ten minute limit, and a shot clock (I really don't see why introducing clocks improves snooker). Every shot, the players must either knock a ball on to the cussion, or pot a ball. All in all, it should be a fun event, not least because the bad matches (and there will be bad matches) will be over quickly. But, then and again, good ones are gone soon as well.

Of course, I'm less than convinced that it'll be worth it. We had Power Snooker last year, which is similar to this and, to be honest, it wasn't that great. Having all those clocks makes it about time management, not about playing good shots, and a lot of matches weren't that good at all, the quality of snooker was quite bad.

It'll still be interesting to watch, and might bring some people into snooker.

Sessions are at (all times GMT, because it's being played in Blackpool):
6 pm today
12 pm and 6 pm Saturday
2 pm and 7 pm Sunday

That took forever to post. Not helped by the word verification.

Anyhow, On the Pruett thing, tough one. I reckon he'll save it for post race, whether he wins or not. So, I'll go 3.40 on Sunday.

Though I can't win the prizes, I did want to throw out my guess for the Scott Pruett hello to the family. I'm going with 7:47pm Saturday... I'm thinking it'll be a random interview with a driver who just got out of a car.

A couple of updates if you checked out the podcast:

1. I found Strawberry Abita beer. It's only in season in early summer, but I guess Whole Foods had some leftovers. So the Natty Ice is now my back-up!

2. San Diego State lost their first game just because I said I was looking forward to checking them out.

Scott Pruett will say hi to his family at home at 5:35 PM ET on Saturday after his first stint.

OK, I DM'd you my Mario Kart code. Good luck with the blogathon and I hope to see you online!