As the Technology Turns...

With the many changes in the technological world, and especially social media, it’s often that people venture forth in the many new venues available. You can’t expect everyone to automatically be experts at all the new tools available, but as someone whose daily job is in marketing; I don’t think it’s too much to expect marketing types to understand basic marketing tools and best practices.

There are some true visionaries in the world of motorsports: The Racer's Group with their 137 Porsches in Grand-Am, by leaps and bounds has left everyone in the dust. TRG for 2 years straight has given fans live video interviews with all the TRG drivers and team personnel as the race goes on. They’ve accomplished this by bringing an extra laptop into their pits, some headphones and marrying a live UStream video feed with a chat box where fans can submit questions. In effect TRG has not only done a great effort to connect fans to their team/drivers, but it’s a great, free of operational cost, marketing opportunity for team and sponsors.

Then of course there is the other end of the spectrum, where we’ve recently poked fun at the 3rd person speak coming out of Scott Dixon’s twitter account. Sadly Dixon’s account may now only be the 2nd or even 3rd most annoying “practice” coming out of motorsports marketing.

We, as fans, now have to deal with constant un-disguised name-dropping of sponsors. It’s one thing to name-drop like a NASCAR driver’s post-crash interview when on TV, or even do the occasional name-drop on twitter; but it’s another to try and pretend like everything you do in life revolves around oil-changes and tire changes. The reason doing it is not a “best practice” is because you are assuming your consumer is an idiot and won’t see that you are actually marketing.

The other variation are the people who think repetition = success; if they didn't respond to my email, I'll just send them another. Mark Cuban once wrote about exactly why this is stupid:


"For those of you who are not smart enough to figure it out,  it is not perseverance to resend an email to someone, anyone, multiple times. Its LAZINESS . Lazy people think they are working hard when they hit the send key. That’s not work.  That’s wasting time. That’s the lesson of the day.  Sending the same email over and over again not only shows you to be lazy and annoying, but it gets you sent directly to spam."

These are the companies that sends you emails every day selling their whatever, or the credit card company that sends you the same mail every week; just throwing money at the problem on the hopes that they'll get you with the same thing over and over. In all cases of over-saturation, it simply serves to annoy 99% of the recipients. You see this all the time from people who don’t quite understand current mediums and tools. 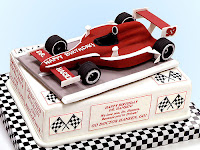 We get it, you want people to buy tickets, you need volunteers, you need business partners and plumbers, but look, twitter is a medium to stay in communication and increase information depth, its not a stock-ticker, or a commercial buy on television or radio. We f’n get it already. It’s not that we don’t want you to get your interns and welders and succeed; many people including myself plan to be at your race in your city Labor Day weekend; I can’t wait to see cars racing past Camden and the Inner Harbor, and still hope that you’re getting Charm City Cakes to do a cool IndyCar cake.

But man, you started so well back in 2010 giving us updates about the track map, linking to IndyCar and ALMS news, and even re-tweeting relevant people from all the different series associated with your upcoming race weekend. Dear Baltimore Grand Prix… you’ve suddenly started doing it wrong. All you're doing right now is giving us all the impression that you have no staff at all to run this race. At least give the copy/pasting a rest, for the sake of all us that follow you.
Posted by Allen Wedge at 11:27 PM

What a damn shame that the engines apparently can't roar without me. Since I can't volunteer for the Baltimore GP, I guess it isn't happening. Sorry, IndyCar fans.