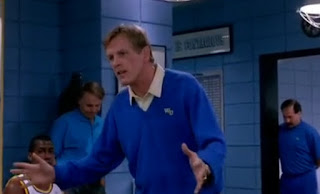 OK, so Nick Nolte hates his team. He's already yelled at them, stormed out the locker room, and then came back in to yell like three times. There are only two games left this year. Times are about to change for the Dolphins. And what's a Dolphin Dome? Things likely won't get better for Nolte's team in the second half, cause the other guys are coached by Rick Pitino! He's a real coach!

The banners hanging imply that the Dolphins have won like a million NCSA championships. Probably because all the real teams play in the NCAA.

What!? Ed O'Neill as the reporter. I forgot about that. Jay Pritchett looking good.

OK, so the Dolphins suck, Nolte kicked a basketball and got ejected, and Al Bundy thinks Nolte is a cheater.

If Coach Pete Bell (Nolte) could coach like he drinks, he'd be back on top! This man likes his beer.

I remember as a kid being in awe while watching this movie because I got to see Bob Cousy shoot free throws. So many great players and coaches are involved here. Cousy just made a left-handed shot.

OK, last game of the year. Shaq and his friends are about to take over. Many of you are playing your last game in a Dolphins uniform.

This game is out of control, and bad guitar licks are emphasizing it!

Butch McRae and Ricky Roe. Time to recruit the best. Will Nolte go against his morals and pay players??

The college season is over, but they're still playing high school basketball in Chicago.

This movie has such great basketball action... and such terrible music.

Penny Hardaway is in the top ten basketball players ever. I don't care what you say. Play NBA Live 95 and see for yourself.

I never understood how they got Shaq and Hardaway, and then went to Matt Nover for the role of Ricky Roe. Was Rick Smits not available?

Attention coaches: if you need to recruit the top player in Indiana, just call Larry Bird.

I feel like Nolte doesn't wear enough ties to be a college coach.

The music is so bad that they finally found a CCR song that was awesome, so they used it twice!

Haha. Algiers looks like a third world country. It's literally right across the river from New Orleans. Yet here it's like some remote jungle land. 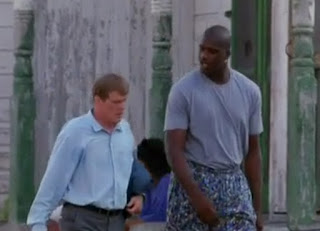 "If I couldn't play basketball, would you be trying to get me into college?" 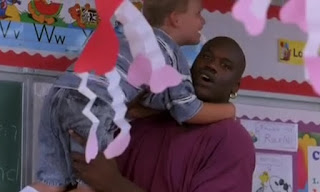 "Neon, please try not to step on the children..."

We're worried about paying athletes, but we're making bets with Neon about his SAT score? Sounds like a definite violation.

Nolte's entire coaching strategy is to point at the screen and say: "That's Calbert Cheaney. We need to shut him down. That point guard is good. We're going to have to stop him. Shut him down."

I know all about this stuff. This is like when I got that music scholarship, and they gave my mom a nice apartment, got my dad a sweet John Deere tractor, handed me keys to a Lexus, and dropped off a bag full of cash.

Jay Pritchett/Ed O'Neill smells something fishy here. He even has pictures of Butch's mom taking down the sign in front of her new home. How'd he get this picture? How'd he get all of these pictures? 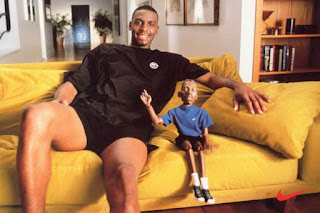 I definitely feel like this movie is missing a Lil' Penny appearance.

There's really not much of a movie here, is there? It's like: team loses, team recruits players, team cheats to get recruits, team gets better. Just throw a lot of basketball scenes in there, make Nolte hold his head a lot, and we've got a movie! 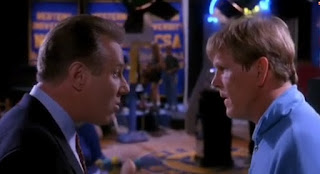 J. T. Walsh is a dirty scumbag in this movie, but he sure knows how to buy the best players. 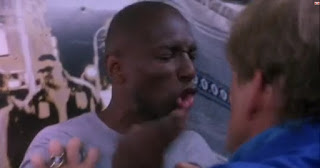 "You took the purest thing in your life and you corrupted it... and I'm not talking about your Heavy D and the Boyz poster!"

"The basket is the same height as it was on your barn in Indiana." I think you should credit Hoosiers when you rip them off.

Dick Vitale is here. So is Bobby Knight. These guys all look so young. Vitale just killed five minutes of screen time.

Bobby Hurley is Indiana's point guard! This is messed up.

I can't believe Bobby Knight couldn't sign Ricky Roe. He has the best team in the country and he loses his state's top recruit?

I love the convenient shot clock they put on our screen. Dolphins upset the top-ranked Hoosiers. Nolte's hard work has paid off, and he's back on top! 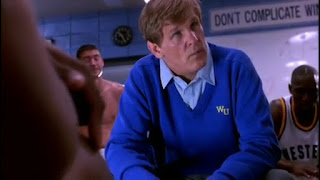 "Boys, the rules don't make much sense, but I believe in the rules. And Ricky Roe needs to get dressed, cause I think he's naked behind me." 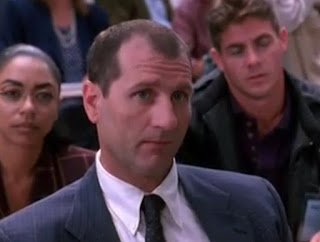 Ed O'Neill is about to ask the fatal question. 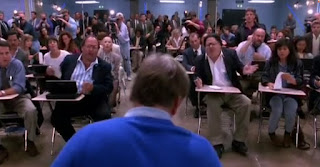 Coach Bell resigns. Meanwhile, the pep band is still playing in the arena! 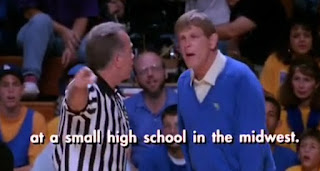 And we close it out by learning what happens to these fictional characters in their fictional future.

So I suppose this wasn't quite as fun as the previous movies, since this film is actually pretty good. For our next GBS at the Movies feature, I will be sure to select something that is not as good as this basketball classic. Stay tuned for a new movie in March, and if you have any film suggestions, let us know.
Posted by Mike at 10:02 PM