It's Sunday morning, it's Super Bowl Sunday, and I just learned about a terrible Tom Selleck TV movie titled Superdome. Since the big game is indeed being played in my hometown today, I had no choice but to honor this occasion by screening this lost treasure. 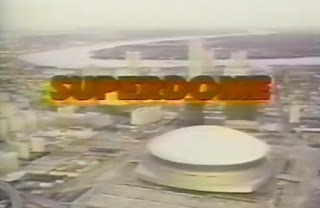 "In five days this gigantic Superdome will host the big game..."

The football team is sauntering off of their plane, getting ready for the big game. And now, Tom Selleck has officially said the words: "The party is in my suite."

Uh oh, a mysterious locker with a mysterious briefcase. Meanwhile, you can't come to New Orleans without having catfish, even if it means missing an important Super Bowl-related meeting.

Too many black players on the team! The plot thickens!

"I'm a reporter doing a behind-the-scenes story on the big game." Ha! We're a long way from media week, aren't we.

And cue our first river boat. Oh wait, it's not just production value. There are characters who are actually ON the river boat. The big paddle wheel is right behind one of them. Makes sense, though, because this is what we do in New Orleans. Hang out on paddle boats.

This was probably a real groovy idea in the late-70s, when this building was semi-new and sort of revolutionary, but this movie is already a mess of NOLA cliches and bad TV drama. I don't even know what's going on. I just hope they start playing football.

The thing about binoculars in movies is that they're ALWAYS shady. There's never some normal dude just honestly using a pair of binoculars. They're always up to no good. Frankly, I feel like this gives binoculars a bad rep.

"New Orleans is like a time-bomb about to go off..." This random media announcer guy has quite the flare for hyperbole. AND cue our second riverboat... and first horse and carriage.

Gee, movie dialogue, thanks so much for explaining the intricate details of a sports bet. "The Cougars are favored by four-and-a-half, you see? So if you bet on the Cougars, they need to win by five points, you see?"

OK, sub-plot roll call... mysterious brief case, mysterious business man, binoculars, gambling, and, now, just some ol' boy-girl drama in the form of marital issues. But it's cool, cause she said she asked a doctor if she was attractive. They might just need to "make love," because apparently it's been quite a while. Which might be because this guy shoots himself "full of drugs" just so he can "play the game."

I know we're having marital problems, but...

"We're heading down to Bourbon Street. I told the boys I'd show them the good spots."

Look at this motley crew! I know you can't really see it well, but when you watch as many bad movies as I do, you get used to this kind of picture quality. Besides, you can see that pixelated mustache from space.

I like that there are "too many black players" on the team, but I guess only one wanted to hit Bourbon Street.

Whoa. This old guy is basically being harassed by this young reporter chick throughout the movie. The man is just trying to eat some oysters (like we always do) and she tells him, "Make love to me." What?  Right there? Can the man finish his oysters??

"There's a party at Brennan's on Friday night." Can't tell you how many times I've said that in my life. Oh yeah, I can. Never.

Party by the pool. Chick in a bathing suit. Sexy trumpet music. I'll bet somebody's about to feel like making love.

OK, the quarterback with marital problems just had to call his wife and tell her the coach drew up some new plays and needs to learn them. Cause I'm sure the Harbaughs are both coming up with brand new plays for their teams to learn right this very second. Even better, though, she was upset! Maybe the root of their marriage trouble is that she wants him to tour the French Quarter or take a riverboat ride instead of focusing on, you know, the Super Bowl.

The old man/young reporter thing is way out of place. They should've just saved money and inserted Mardi Gras footage in all of those spots.

And there we go. A parade! I can't tell if it's Mardi Gras, or if this is just one our random parades that we just spontaneously throw together sometimes.

Did you think this movie needed a murder? Cause, yeah, we just got one. Pillow over the face. 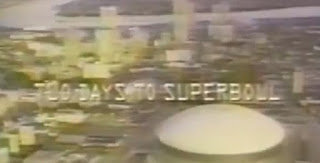 Two more days for the coaches to draw up plays!

Quarterback's on pain killers, guys. Hate to crush your clouded view of your hero.

This lady wants to find a nice place to have a drink. In New Orleans... hmm... don't know if we have any drinks...

IMDB just confirmed for me that M. Emmet Walsh was the guy giving the QB the drugs. Which is OK in my book.

Wait, are we drugging someone's drink? I miss the days where the teams just showed up and played football. Does this movie even have ANY football? I'm like halfway through, and no one's even put on pads or a helmet.

M. Emmett Walsh just got shot! What the hell. You want to gamble on the Super Bowl, eat lots of oysters, make love all night long, I don't care, bad 70s television movie. But killing a great American hero is crossing the line. 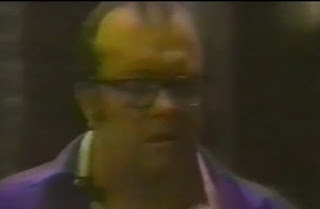 "I met a man. He bought me drinks, and we went back to his hotel room. What do you think we did? Talked football? We made love."

Ha, the QB's wife walked out on him, slammed the door, and caused the hotel lamp to fall off of the dresser. The camera, naturally, zoomed in on the lamp.

If the Ravens and 49ers made half as much love this week, they're gonna be tired on the field tonight.

Dick Butkus is here now. So is his mustache. 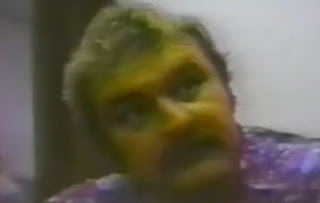 So, I guess this girl drank the wrong drink. She's about to make love, whether she wants to or not.

Things are getting real... 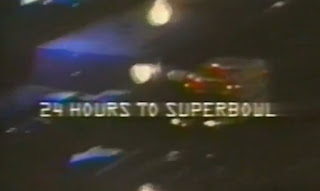 The QB's wife is trying to leave town, but he's stopping her at the airport. Lady, he left the French Quarter to get all the way out to Kenner. That's true love, OK?

I don't think we're getting any football here, guys. Maybe there's a sequel.

The old man's young reporter girl is actually a bad chick. Who could've seen that coming? If only Selleck were playing Magnum right now...

"She's going to see to it that the Cougars lose, no matter what it takes."

Of course, for someone to lose, we'd have to have a football game.

The team is loading the bus to head to the Dome. At this point, I'm guessing the credits will roll somewhere around kickoff.

I think this is an editing mistake. We're watching the entire pregame show.

Chasing the suspect through the Superdome. She fires a shot, and luckily there are no people around just a few minutes before kickoff.

The good thing is that I'm seeing lots of areas of the Superdome that I've never seen before. You know, cause I'm always looking at the football field.

If Tom Selleck gets in this hot tub, he will die. Does he get in? Or does someone run into the locker room and tackle him at the last minute?

Never mind, they were just talking about selling the team ten minutes before kickoff. I think. I'm so confused.

I like how there are like 1,000 seats reserved for a marching band and flag team right behind the bench.

And... credits roll during the National Anthem, as our random media announcer says how great the next three hours will be... 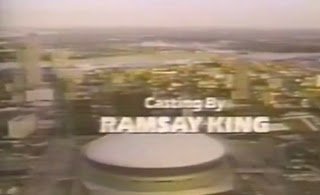 One final post to summarize what I watched here today...