So here we are once again. For the past four years, I have predicted the Super Bowl winner by playing Tecmo Super Bowl. In order to make it five consecutive wins, however, I had to shake things up. First, as I posted earlier this week, I believe the Baltimore Ravens will win Super Bowl XLVII. So, this means I had to face the San Francisco 49ers, never an easy Tecmo task. In addition, I had to play as the Cleveland Browns, the closest thing in Tecmo world to the current Ravens.

So could the lowly Browns properly substitute for the high-flying Ravens and knock off the powerful 49ers? Here's how it all went down. 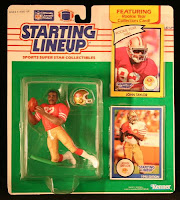 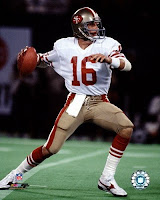 Well, just like last year, I began the game with an accidental onside kick. I realize that if I only play this game once a year, it takes me a little while to get acclimated, and this was proven by a scoreless first quarter.

Joe Montana began the game with three incomplete passes, and I returned a punt from my goal line to the four. I opened things up with a 38-yard strike from QB Browns to Webster Slaughter, who had the game of his life. Two failed runs brought up 3rd-and-16, but Ozzie Newsome bailed us out with a 17-yard reception. The drive stalled, though, when QB Browns threw his only interception, snatched by San Francisco’s Dave Waymer.


The 49ers began to shred my defense. John Taylor caught his first pass, Montana scrambled for 35 yards, and then running back Roger Craig ended the quarter with a couple of good runs to get his team into the redzone. 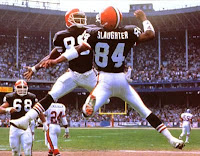 The 49ers were poised to score first, when Super Bowl MVP Felix Wright stepped up with his first of three interceptions in the game. This pick came in the endzone, on a pass intended for Jerry Rice. Momentum shifted, folks. QB Browns wasted no time, firing an 80-yard bomb to Slaughter for a 7-0 lead.

I managed an actual kickoff and stopped the 49ers near their endzone. I had Montana for a sack near the goal line when he shrugged me off, spit on me (OK, maybe not), and then hit Rice with a 45-yard pass. After a 15-yard completion to Taylor, Rice seemed to grab another first down himself in the redzone… but he fumbled! Linebacker David Grayson scooped up the ball near the endzone.


With only a minute remaining in the half, QB Browns handled business quickly, with a short pass to Newsome and then another 80-yard touchdown to Slaughter. My Cleveland Browns led 14-0 at halftime, and the Tecmo girls came out to dance. 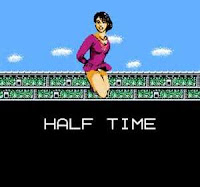 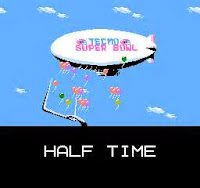 My first kick return was forgettable, and we started near our 20. I was determined to get running backs Kevin Mack and Eric Metcalf involved now that I had a good lead. Mack grabbed a couple of first downs on short passes, Newsome had a 20-yard catch, and then Metcalf ran a draw for 22 yards to get us near the redzone. However, a failed run and a Matt Millen sack (he somehow knew my exact play!) quickly gave me a 3rd-and-19. As the crowd chanted “Wade in the Slaughter!” (does that even make sense?), Webster scored again on a 32-yard catch.

The 49ers were down and almost out. Running back Tom Rathman seemed to save his team by recovering a fumble on the kickoff, but after a quick Craig run, Wright intercepted Montana for the second time. Newsome ended the quarter with a 25-yard touchdown, giving the Browns a 28-0 lead. 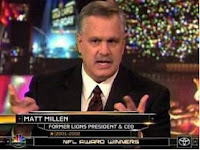 After a short kick return, Craig gained a few yards on the ground, and Montana scrambled for another first down. On a 3rd-and-10, though, Taylor leaped for a catch and outran my entire defense to put San Francisco on the board with a 70-yard touchdown.

We recovered the onside kick, and my running backs took over. Aside from a first down reception by Reggie Langhorne, Mack and Metcalf handled our final drive, with Metcalf scoring on a 10-yard run to put us up 35-7.

With 20 seconds remaining, I onside-kicked, but the 49ers recovered. Montana had time for one pass, which was intercepted by Wright to end the game.

The answer is clear: the Baltimore Ravens will win the Super Bowl. Is this the year that I will stumble? Or will I move to 5-0?
Posted by Mike at 8:38 PM