Letting the Champion Set the Stage?

So like many Americans, I found myself over the last month or so getting into the sport of sailing, specifically the America’s Cup and the qualifying Louis Vutton Cup. Its yet another sport I knew about but didn’t really understand until a trip to New Zealand a short time ago when we got to see the massive event that is the Volvo Ocean Races.

For people like me with little knowledge of the America’s Cup; here are 2 things I quickly learned.

#1 is interesting but its #2 that seriously has my mind going nonstop, thinking how much more interesting so many sports would be if they operated that way. Imagine if in your favorite sport, the champion got to decide how they wanted to defend their title.

Imagine in the NFL if the Baltimore Ravens got to announce at the beginning of this season that there would only be 9 men on the field, field goals were not allowed and games would only have two 20 minute halves instead of four 15 minute quarters.  And all playoff games would be played in Maryland.

What if Rafael Nadal got to decide that the next tennis major tournament would be on the clay at Roland Garros where he’s won the majority of his major titles?

The San Francisco Giants could decide that all games must be played outdoors, no domes allowed; we’re going to use aluminum bats, only 1 pitcher change can be made every 3 innings, and the World Series will now be a best of 3 instead of a best of 7.

The possibilities are endless and much fun to think about. A NASCAR/IndyCar/Formula 1 champ can decide which tracks the next season will be contested on, how many laps the races will be, and which size engines will be used; or go crazy like saying sprinklers will be turned on the track for 20 laps in the middle. 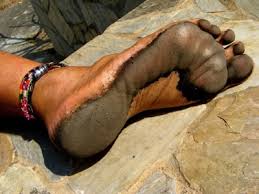 A golfer can outlaw clubs they aren’t good with, or mandate holes with tons of sand traps if they are really good at avoiding them. Kenyan/Ethopian runner could make everyone challenge their title IN Africa in the searing heat mandating no one wears shoes.

What do you think would be some awesome possible rules some champions could throw in?
Posted by Allen Wedge at 10:35 PM