Just to go on the record, I think that Muscle Milk Pickett avenges their loss in last year's race and beats the Rebellion guys. Mostly, I just don't think that Rebellion's luck will hold out with a second consecutive trouble-free 1,000 miles.
The track is still damp, though, so the first laps could be hairy. No matter what happens, though, the following picture can't un-happen... 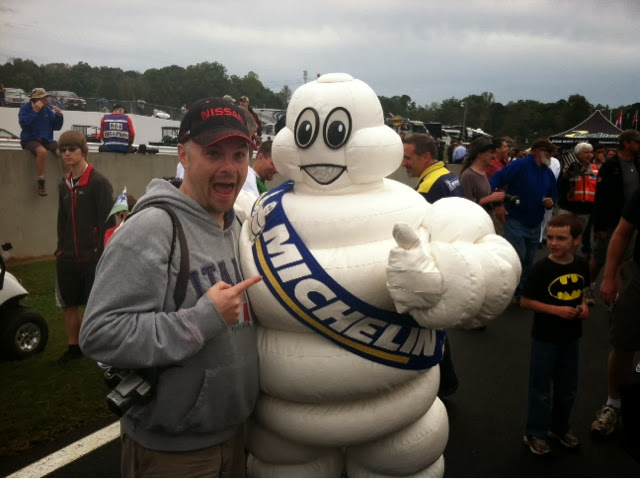 See? We're not the same guy after all. Same barber? Yes. Not the same guy.
Enjoy the race, everybody!
Posted by The Speedgeek at 11:27 AM No comments:

Warming Up at Petit

Good morning, race fans! Race Day has dawned damp and kind of cool today. This being the case, and given the fact that the rain is supposed to be over by noon (i.e. about an hour after the start, or only 10% of the way through the race), I thought that most teams would only use the warm up as a glorified leak check/shakedown. I was wrong. 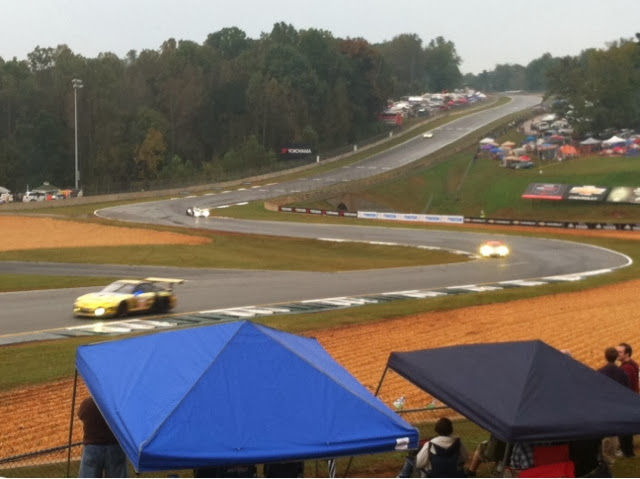 It looks like I-285 did as I came into town yesterday. And as I type, Bill Sweedler has had a close call with the Turn 10A gravel trap, stopping his Ferrari 458 just before getting beached. Perhaps the risk/reward ratio needs to be looked at here.
GAH! And as I continue to type, Patruck Dempsey has spun and beached his GTC Porsche about 100 feet deeper than where Sweedler spun. 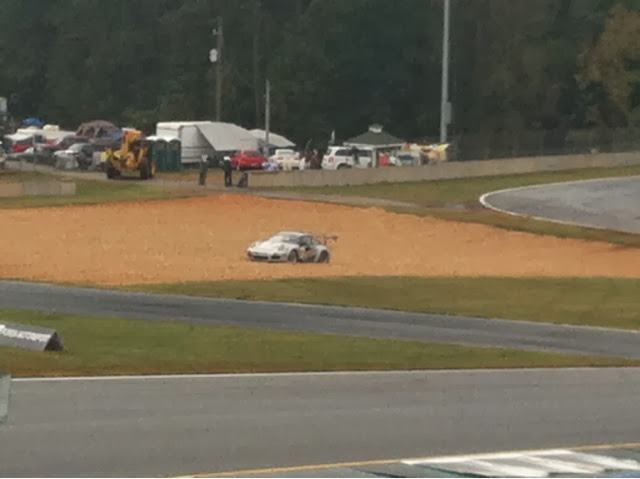 The safety crew has gotten him out now, and are now sweeping up the gravel Patrick just dragged onto the track. The car looks OK, except for the plastic part if the front splitter, which has been riped off. That should be fixable, even with just 75 minutes until the green.
More later. It's time to go take in the grid walk.
Posted by The Speedgeek at 9:46 AM No comments:

The NASCAR East K&N Series is now on track, after a (very) fast (as in, brief) and furious (mostly from drivers who managed to get held up by traffic in a session with only 10 or so cars on track) qualifying session. I can't remember off the top of my head who took pole for all five classes (and, seriously, if you're coming to GBS for racing news, you probably think racing season just started like two weeks ago), but I can confirm that watching any amount or type of racing action at Road Atlanta is an experience that should be grabbed with both hands.
I've been watching races from here on TV for some 21-22 years now. I knew that it was hilly here. I was not prepared. 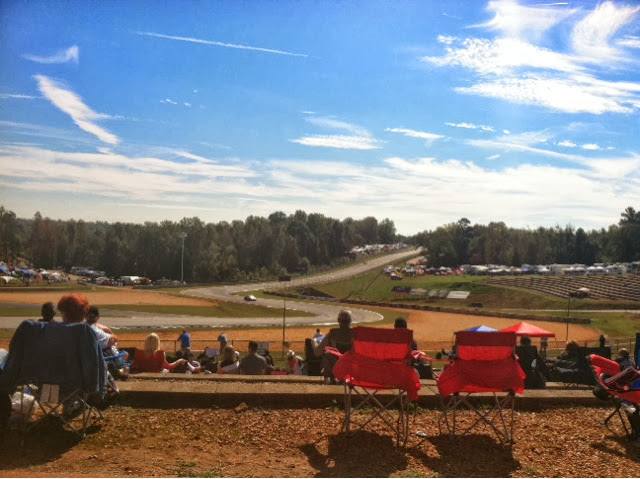 There are SEVERAL areas where the cars go through elevation changes of 30-40 feet or more in a couple hundred yards. By the same token, the spectator walking areas go through elevation changes that are at least as steep, and even more so in a couple of spots. I won't have to feel too bad about eating a bunch of fried food this weekend, as I'll be working it off as I go. Literally.
What are we going to see tomorrow? Obvious: a bunch of fast, incredible sounding (the Ferrari 458 Italia might be the most spectacular sounding race car I've ever heard...and that includes CART, F1, NASCAR and all the other sports cars I've seen over the years) cars. Also obvious: some very tight action among a wide variety of manufacturers (if memory serves, the GT class boasts four different makes in the top-4 in qualifying). And the Prototype classes might be thin in car count, but they are incredibly fast. And close in speed.
Tomorrow, though? Will probably belong to these guys: 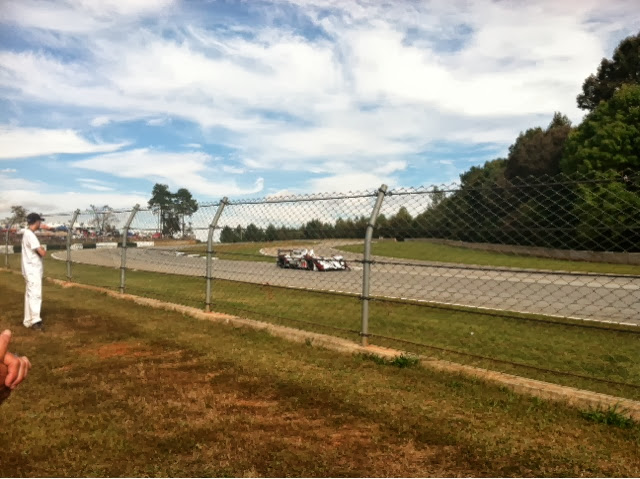 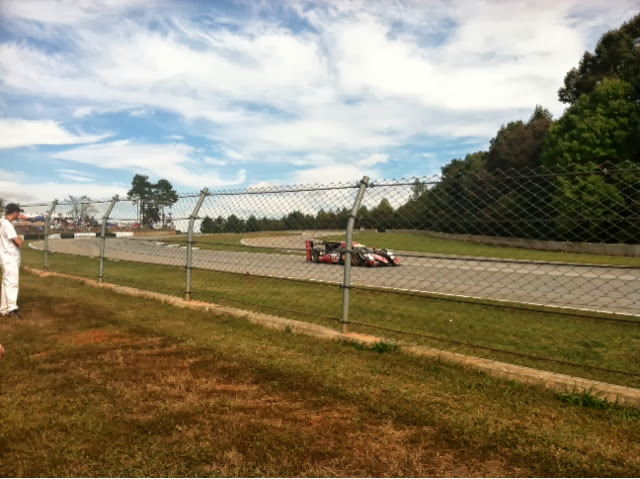 Time to gloat...I have both front row qualifiers, Neel Jani AND Lucas Luhr on my All Racing Fantasy League team. BOOYAH! 7th to 1st in one weekend, I can feel it!
Or not. Whatever happens, though, we're in for something special tomorrow. Stay tuned.
Posted by The Speedgeek at 4:31 PM No comments:

After living in the Greater Nashville area for two years, I realized that it was time to get my act together and make a pilgrimage to Road Atlanta for the ALMS's Petit Le Mans. $70 for a 2-day ticket and a four hour drive (made into a five hour drive with Atlanta traffic)? 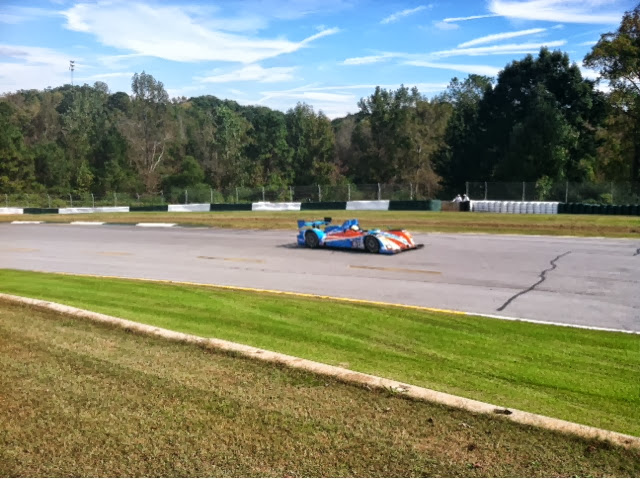 Worth it. At double those rates. And it's only qualifying.
I'll try to stop in here for some more updates throughout the weekend. That is, if I'm not in an awesome-induced coma by noon tomorrow.
Posted by The Speedgeek at 2:41 PM No comments:

MLB Doesn't Have Time for the NFL

So earlier this year, the NFL tried to bully the Baltimore Orioles into moving a baseball game that had already been scheduled for months. The Super Bowl Champion Baltimore Ravens needed the area cleared, you see, so the lowly baseball team would have to vacate the premises. Seems logical, right? Except the Orioles said no! It's like one of those youtube videos where the bully gets knocked out. No one saw it coming.

Well now it seems baseball has punched out the bully again. If I want to watch the San Diego Chargers and Oakland Raiders this weekend, I get to tune in for a 10:30 p.m. kickoff! (That's 11:30 for Wedge and our east coast friends!) Why?  Because an Oakland A's Saturday night playoff game will delay the process of converting the field.

I honestly don't know what kind of conversation went down, and I haven't paid much attention this week. However, while Saturday baseball could easily be played at 11:00 a.m. or noon, leaving plenty of time for a normal Sunday kickoff, it seems like MLB officials sort of had their way here.

I see this from three sides:

A. As a huge baseball fan, I'm proud of the victory! We rule.

B. As a football fan, I really don't care when the Chargers and Raiders have to play their game.

C. Most importantly, as a fantasy football fan who starts Philip Rivers on an undefeated, first place team... what the hell?? If my fantasy matchup comes down to this game, I will now likely be watching Monday morning football!