13 Weeks Into Not Watching Any Football and I’m Still Going Strong!

Well… with a few exceptions on the word “football.”

First my 11 month old normally wakes up at 6 am every morning, naturally on the weekend my wife and I switch off days so we can take turns getting sleep. Many of my single/non-child-having friends and co-workers reply to that information with signs and grief; but some of my child-having friends like Speedgeek know its actually a positive.

One of the biggest changes in my life since my son was born is my shift in schedule; or better yet, my ability to actually watch formula 1 and now also Premiere League football. Yes I said football! Because that’s what its called to everyone who understands physics and isn’t born and raised in America, hah. Soccer as its known in the Us to the other 90% of the world know it as football, and rightly damn so, and waking up at 6 a.m. has actually allowed me to watch a ton of BPL now that NBCSN picks it up for the States while my son and I play with toys.

Obviously my main attention is on my son in the mornings, so I wouldn’t say I know any BPL players by name outside of Tim Howard, Rooney and Jozy Altidore; two of which I know because they are US National team players. I am however getting to know the teams/cities and lay of the land of the league.

Also coaches in suits, get on that shit NFL and MLB; unless you're going to have player/coachers, get those dudes in some suits.reason #1 they look better... #2 they look so ridiculous when they get pissed off and try to rip the suits off.

One thing I can say for sure is that it simply reaffirms my previously stated GBS opinion that Soccer/football fans are the best atmosphere, and not a single bit of jumbotron or loud speaker system is needed for it.

This was reaffirmed for me by the 2nd exception to the word “football.” Before I said I would watch none of it, I already knew my employer had an event in Dallas in October. And that event involved going to the Redskins-Cowboys game at Cowboys stadium. That was always an expected exception to my “watch none” premise. Starting with the fact that I didn’t care for either team, but also that I wasn’t missing anything else since I was at a work event and wouldn’t have been able to replace it with anything anyway, it was deemed ok.

What that game allowed me to see though, was reaffirming just how much I’m starting to dislike what has happened to many American sports, specifically the NFL, MLB and NBA. Dallas more than any other stadium in the NFL signifies everything that’s wrong with the live experience, a HDTV that’s practically larger than the field itself. So much so that any time I looked left/right during the game, I’d venture that more people were watching the screen than looking down at the field.

Worse yet, after every f’n down they played music or some “pump up the crowd” bullshit that drowned any natural sound out, you couldn’t even hear the crowd be into the game even if they were. The same can be said for a lot of baseball games these days too. If you need to wake up your fans with the jumbotron then they are not fans.

The last exception is happening today as I watch the 101st Grey Cup… Canadian Football! This is skirting the line, I know, but its really not the same game because the difference are more vast than you would think. For starters, 20 yard endzones, FG posts at the goal line, receivers get to run before the snap, and only 3 downs in a possession. Sure running and passing in general is the same but its not the same strategy at all because of those differences.

I like it actually because there’s no shitty “run up the middle for no gain” plays.
What I didn’t expect here are the backgrounds of the players. In Arena football most of the players are just guys who couldn’t make the NFL. In the CFL though a lot of these guys played in Canadian universities to CFL rules with the ambition to play in the CFL, which is kind awesome.

I really thought I’d struggle to not watch the NFL/NCAA football more but frankly based on what I see on twitter and hear from friends, its not like I’m missing much. Sure the Saints are 9-2 and I’d love to watch those games, but I’m a fan of sports at the end of the day, and more than that a fan of watching good sports with good fans, and the CFL and BPL are both providing that in great amount these days.
Posted by Allen Wedge at 10:10 PM 1 comment:

I remember the day we drafted Speedgeek to join Grab Bag Sports. That day, he became one of us. But first, oh yes, he had to endure the toughest of hazing rituals. I can't even say everything that went down that day, because I don't want to end up like Richie Incognito being interviewed on FOX by Jay Glazer. But I'll give you some of the highlights.

- You think a $15,000 Vegas trip is bad? I made Speedgeek get me five bottles of Mexican Coke and a six-pack of Abita Purple Haze. This team isn't free, guys. You gotta pay to play.

- I'm not saying we beat him with coin-filled socks or anything, but we did take him for a little ride... on Mushroom Gorge. I was constantly knocking him off of mushrooms into the deep black abyss, while Wedge blue-shelled the crap out of him any time he actually took a lead. You think this is a game? Do you? Cause it's not.

- I sent him this one text that was basically like, "Dude, your fantasy team is winning a lot of games, but I hope I'm lucky enough to pull out a victory against you this weekend." I didn't hold back. It was pretty rough, but it's what I had to do.

Bottom line, we eventually let him on the ship, but we didn't wait for him at the dock. I don't even know what that means. But now I want some Purple Haze. 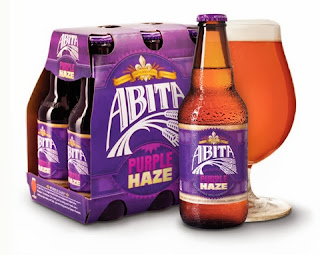 I just wanted to take a minute to brag about the fantasy powerhouse that is Grab Bag Sports. Here is clear evidence that the three bloggers here are currently the three leaders in a 16-team fantasy football league.

Years ago I played in (and won!) a 20-team league. Other than that one league, I've spent the last 15+ years playing in leagues with 8, 10, and 12 teams. Big leagues are fun, because you'll end up with players on your roster that you would never find relevant in other leagues. It makes Sundays more exciting, I think.

So this year, I gathered a bunch of friends and we made it to 16. Who knew that Speedgeek, Wedge, and I would be so awesome? So let's break it down.

Speedgeek's "The Other Guys"-inspired team (I guess?) has been great, at least since I beat him by 40 in Week 4! He has an easy schedule for our final six weeks, playing only two teams with current winning records (both 5-4). Honestly, with Wedge and I fighting for three other playoff spots, we'd rather it if the Speedgeek would just knock these other teams off anyway. However, led by mid-level players like Alfred Morris and Eric Decker, and playing Andy Dalton or Matt Ryan at quarterback... he has to start losing, right?! 16-team leagues are nuts.

Wedge's very literally-named team has a more impressive roster, led by Victor Cruz, Tony Romo, Frank Gore, Jason Witten, and Le'Veon Bell. He also has Ray Rice, who could always resurface as a top-five running back. However, his schedule is much tougher down the stretch, as he faces four teams with current winning records, including mine and the other 6-3 squad.

I don't have Michael Myers on my team, but I could've used him at tight end earlier this year. That's right, you can see I've made 55 moves to get to where I am, mostly attempting to find a tight end in the first five weeks. I was finally lucky enough to land Jordan Reed, aka Jimmy Graham Jr. I've had a few tough injuries (mainly Randall Cobb, recently DeMarco Murray and Darren Sproles) and have patched together a roster with guys like Reed, Harry Douglas, Mike James, and Danny Woodhead. Led by Drew Brees and the emergence of T.Y. Hilton (finally!), I'm hoping Roddy White comes on strong at the end to make up for the loss of Cobb. I'll play three teams with current winning records down the stretch, with the matchup against Wedge in Week 13 looking huge.

We'll check back in after the regular season to see how this all plays out. But for now, we clearly rule.
Posted by Mike at 8:32 AM No comments:

It's always interesting to see what professional athletes choose to do with themselves after retiring from their sports. Many go straight into broadcast booths or coaching roles, while others choose a different route completely and head into some type of business venture. Still, there are always some who seek new ways to actively compete, many times ending up on a golf course, aiming for a second career in professional sports.

Lately, though, it seems like we have seen many of these retired athletes moving to a poker table. Likely due to a combination of the fierce competition and large piles of prize money available, more and more former athletes are showing up at professional poker events.

Below are four well known athletes who have recently become recognized as poker players.

Warne was a dominant cricket player and was one of five players selected to the Wisden Cricketers of the Century by a 100-member panel of cricket experts. One of the greatest bowlers in the sport's history, Warne has led the Australian National Cricket Team in addition to Australian and English teams in domestic leagues as well. These days, however, Warne represents 888 poker as an 888poker ambassador. In addition to placing well in several tournaments so far, his poker play has also raised thousands of dollars through charity efforts.

Becker was a tennis master, holding the sport's number one spot for a while. He won six Grand Slams and even earned an Olympic gold medal in doubles. At 17 years old, he was the youngest to win the title at Wimbledon. As a poker player, he played in the European Poker Tour last year, and he won over $21,000 earlier this year in Berlin. Also notable was a $40,000 prize in the 2009 Five Star World Poker Classic.

Hershiser pitched for several MLB teams from 1983-2000 and once threw 59 consecutive innings without yielding a run, a record that is very unlikely to be broken any time soon. After his career ended, he proved to be a capable analyst for ESPN, but he has also had success at the poker table, including a $54,000 haul at a 2009 World Championship of Online Poker event. Fun fact: if you're lucky enough to eliminate Hershiser from a poker tournament, you'll score an autographed baseball!

Better known for his soccer talent, Polster is Austria's all-time leading goalscorer. In 1997, 15 years after making his pro debut, Polster was honored as the Austrian Sportsman of the Year. Although he has recently coached soccer and performed with the band Achtung Liebe, Polster also currently spends much of his time playing poker, appearing at various professional tour events.
Posted by Mike at 12:20 PM No comments: