13 Weeks Into Not Watching Any Football and I’m Still Going Strong!

Well… with a few exceptions on the word “football.”

First my 11 month old normally wakes up at 6 am every morning, naturally on the weekend my wife and I switch off days so we can take turns getting sleep. Many of my single/non-child-having friends and co-workers reply to that information with signs and grief; but some of my child-having friends like Speedgeek know its actually a positive. 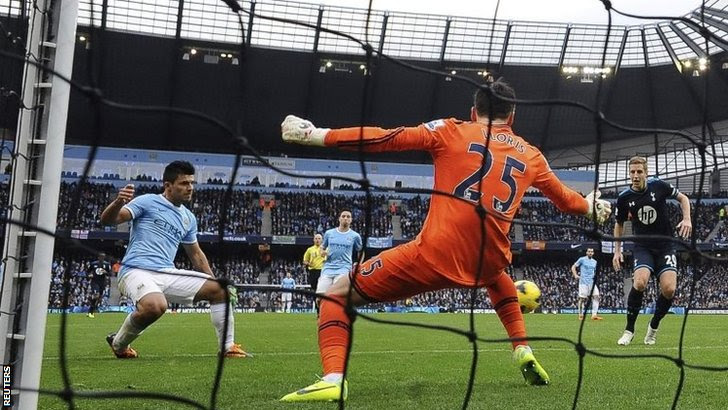 One of the biggest changes in my life since my son was born is my shift in schedule; or better yet, my ability to actually watch formula 1 and now also Premiere League football. Yes I said football! Because that’s what its called to everyone who understands physics and isn’t born and raised in America, hah. Soccer as its known in the Us to the other 90% of the world know it as football, and rightly damn so, and waking up at 6 a.m. has actually allowed me to watch a ton of BPL now that NBCSN picks it up for the States while my son and I play with toys.

Obviously my main attention is on my son in the mornings, so I wouldn’t say I know any BPL players by name outside of Tim Howard, Rooney and Jozy Altidore; two of which I know because they are US National team players. I am however getting to know the teams/cities and lay of the land of the league.

Also coaches in suits, get on that shit NFL and MLB; unless you're going to have player/coachers, get those dudes in some suits.reason #1 they look better... #2 they look so ridiculous when they get pissed off and try to rip the suits off.

One thing I can say for sure is that it simply reaffirms my previously stated GBS opinion that Soccer/football fans are the best atmosphere, and not a single bit of jumbotron or loud speaker system is needed for it.

This was reaffirmed for me by the 2nd exception to the word “football.” Before I said I would watch none of it, I already knew my employer had an event in Dallas in October. And that event involved going to the Redskins-Cowboys game at Cowboys stadium. That was always an expected exception to my “watch none” premise. Starting with the fact that I didn’t care for either team, but also that I wasn’t missing anything else since I was at a work event and wouldn’t have been able to replace it with anything anyway, it was deemed ok.

What that game allowed me to see though, was reaffirming just how much I’m starting to dislike what has happened to many American sports, specifically the NFL, MLB and NBA. Dallas more than any other stadium in the NFL signifies everything that’s wrong with the live experience, a HDTV that’s practically larger than the field itself. So much so that any time I looked left/right during the game, I’d venture that more people were watching the screen than looking down at the field. Worse yet, after every f’n down they played music or some “pump up the crowd” bullshit that drowned any natural sound out, you couldn’t even hear the crowd be into the game even if they were. The same can be said for a lot of baseball games these days too. If you need to wake up your fans with the jumbotron then they are not fans.

The last exception is happening today as I watch the 101st Grey Cup… Canadian Football! This is skirting the line, I know, but its really not the same game because the difference are more vast than you would think. For starters, 20 yard endzones, FG posts at the goal line, receivers get to run before the snap, and only 3 downs in a possession. Sure running and passing in general is the same but its not the same strategy at all because of those differences.

I like it actually because there’s no shitty “run up the middle for no gain” plays.
What I didn’t expect here are the backgrounds of the players. In Arena football most of the players are just guys who couldn’t make the NFL. In the CFL though a lot of these guys played in Canadian universities to CFL rules with the ambition to play in the CFL, which is kind awesome.

I really thought I’d struggle to not watch the NFL/NCAA football more but frankly based on what I see on twitter and hear from friends, its not like I’m missing much. Sure the Saints are 9-2 and I’d love to watch those games, but I’m a fan of sports at the end of the day, and more than that a fan of watching good sports with good fans, and the CFL and BPL are both providing that in great amount these days.
Posted by Allen Wedge at 10:10 PM

I can definitely attest to how kids' (specifically, newborns') crazy sleep schedules can result in increased time for catching up on sports. In my case, it made it much easier this season to keep caught up with all of the F1 coverage (being that there are 6+ hours of coverage per race weekend) and a couple of miscellaneous series, like Pirelli World Challenge. I guess I'll have to try to convince Mrs. Speedgeek to 1) have another baby and 2) convince her to have one due in about March 2015, which would coincide with the start of the race season (while not conflicting with Blogathon 2015).