GBS at the Movies: Hockey Mom

OK, here we go. We just started, and this lady is running around the house screaming about hockey. I bet she's a MOM!

So I guess this hockey mom is in Glee. And she was in the Stepfather remake.

The hockey mom got run over less than five minutes into the film. I'm gonna bet she gets revenge later!

"How do you pop a guy in the nuts when there's nothing to pop?" - the hockey mom

Throwing down the gauntlet already! No suspense. Just going straight for it. She's got to find any women over 18 within 200 miles of this bar. Game is in four weeks. We're getting serious already!

Why is there so much country music in this movie?! Is this what they listen to in Canada?

I bet we're about to get a crazy mix of women who have to come together to play hockey against the men.

They're betting on this crazy hockey game. But they're using Canadian money. Is that even really a bet??

Look, it's a bunch of women here to try out. I bet they mostly suck. Somehow, Hockey Mom must get them to be confident in their ability. I think it's MONTAGE TIME!

OK, a guy dressing as a girl to crash the try-outs was actually pretty funny.

"Their entire IQ is in their crotch!" - Lois Lane herself

Here we go. We're now hitting the shady sections of town looking for talent. Poor people who break the law are always so good at sports!

Get a look at this chick (with a stick). 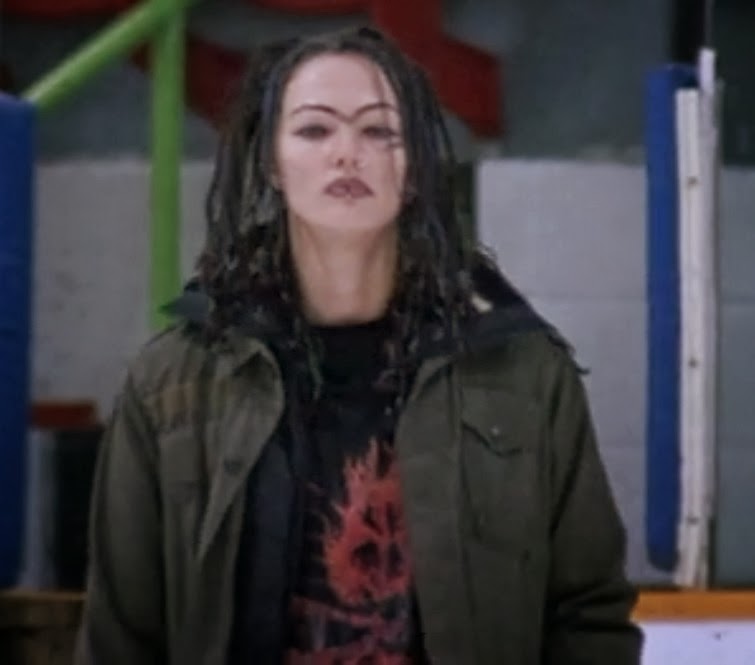 And... we have a romantic interest. JASON PRIESTLY. Holy crap. So much awesome. 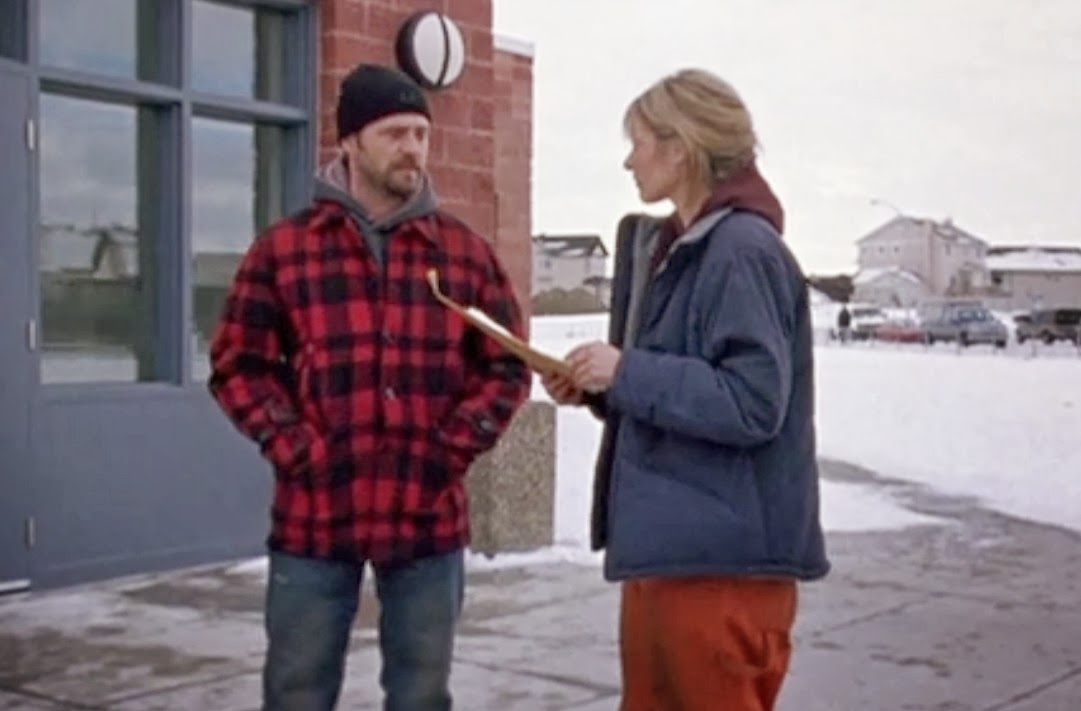 Girls sitting around discussing uniform colors. Get it? Cause girls care about stuff like that.

So I'm under the impression that Margot Kidder is just a crazy person and that directors cast her in these roles where she can just be herself.

"If you pick up the parts for me, I'll stick it in for you." - Jason Priestly

"Can we designate a dyke?" This movie is officially crazy.

The annoying son cries more than all of the girls combined.

There is 45 minutes left, and most of the drama is focused on money at this point. What about the battle of the sexes?

Every "radio caller" is actually the same guy calling day after day. And why is he calling some pop/hip hop station to talk about hockey?

I thought I was paying attention, but I have absolutely no idea what happened to the money. Who stole it? I don't get it. And why aren't we PLAYING HOCKEY. Play some hockey, Hockey Mom!

Hockey Mom drinking game ideas: Drink every time you hear a country song, someone talks about money, and Stewie whines about something.

Seriously, there have been at least ten country songs. I can't take it.

We're over an hour into this, and I think we're finally about to play some hockey again. But I thought they didn't have enough money? Did the one fundraiser raise over $100k?

HOLY HELL. She is RAPPING the Canadian anthem. She just did record scratches and said, "Remix." And the crowd loved it.

Let's be clear. They raised hundreds of thousands of dollars. And NO ONE showed up to watch.

I want to see another movie do the opposite of this. Some girls insult some guys cause they can't cook. So they challenge the girls to a cook off. It'll be called Guys With Pies.

"Did I mention the women are naked? Except for their shin pads?" Uh... what about the uniforms?

Now people are showing up for the game?! Weird.

The announcer just said to stay tuned for "the third and final quarter." I honestly don't know if that was intentional or not. I don't think it was. But it had to be, right? Maybe a Canadian dollar is equal to three quarters.

This place is packed now! This would be like fans showing up for a baseball game in the 9th inning.

"It's raining lingerie here, people. Keep your shirts on, ladies!"

You're NEVER gonna guess who won the game. It's a miracle that I made it through this one. It was pretty rough, guys.

Thanks to everyone who joined me. If you missed it, feel free to watch it yourself on Netflix, but I wouldn't recommend doing that. Unless you're like me and you just like to sit through awful films for fun!

Like last year, I'll be doing more installments of GBS at the Movies after Blogathon.
Posted by Mike at 1:45 AM