For five consecutive years now, I have correctly predicted the Super Bowl winner by choosing one of the teams and playing Tecmo Super Bowl. This year I attempted to move to 6-0 in Tecmo predictions by selecting the Denver Broncos and facing their Tecmo division rivals, the Seattle Seahawks.

(Note for our regular readers: For the first time in years, I opened the game with an actual kickoff and not an inadvertent onside kick attempt!)

Seattle took the opening kickoff to their 15 and got the run game going for a couple of plays. But on third down, linebacker Michael Brooks rushed quarterback Dave Krieg to force a high incomplete pass.

Denver returned a punt to the 33, and quarterback John Elway immediately struck with a 67-yard bomb to receiver Vance Johnson. The Broncos led 7-0. 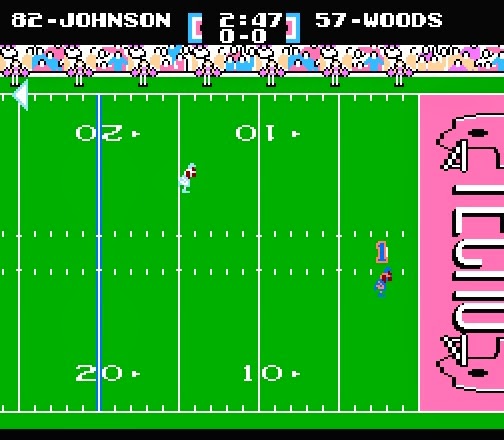 The Seahawks scored their only touchdown of the game on the next drive, with running backs Derrick Fenner and John L. Williams ripping down the field in big chunks. Fenner ran 18 yards for the score, knocking five guys to the ground in the process and tying the game at 7-7.

The quarter expired as Seattle kicked off.

The game took a strange turn here, with the next three quarters seeing six turnovers (plus two successful onside kicks). After Bobby Humphrey ran for a first down, Broncos running back Steve Sewell fumbled on the next play. Dwayne Harper recovered for Seattle.

Denver quickly got revenge, however, as Fenner immediately coughed the ball up, and Dennis Smith recovered for the Broncos. Receiver Mark Jackson hauled in a 48-yard pass from Elway, with Humphrey then carrying seven yards for the touchdown. Broncos led 14-7.

On the next drive Krieg hit Brian Blades for 41 yards. Seattle stalled when Brooks and Warren Powers each got sacks, and Krieg threw incomplete on third down. A good punt backed Denver up to its endzone, leading to Elway's only incomplete pass on a Hail Mary to close out the half. 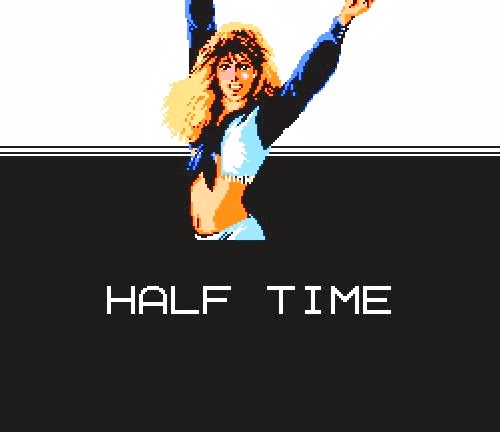 With only a 14-7 lead, I was ready to pounce on the Seahawks defense. Unfortuantely, Johnson fumbled the kick return, and Jacob Green grabbed it for Seattle at the Denver 20. The Seahawks didn't keep the ball for long though. Powers took over, blocking a pass, stopping a run for a loss, and then recovering a fumble forced by Brooks at the 35. 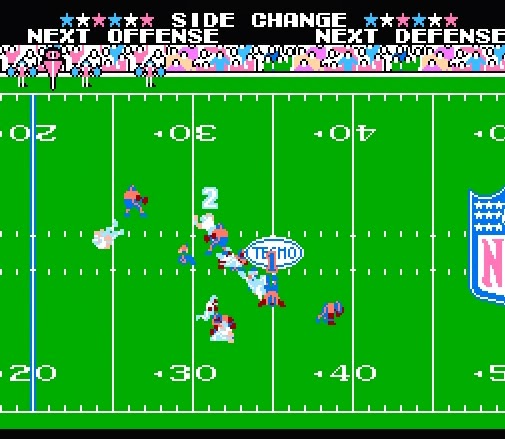 Elway tried to settle things down by handing off to Humphrey, who shredded the defense for a 65-yard touchdown! Broncos led 21-7. 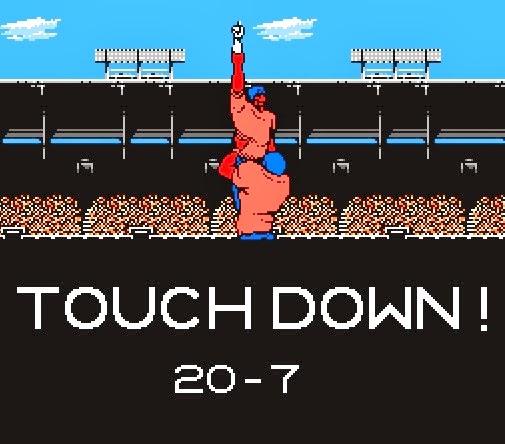 With all the momentum, I knew this was the time to try an onside kick. The Broncos stole a possession, and Johnson scored on a 47-yard pass with no one around him. Broncos led 28-7. The kickoff backed Seattle up to its nine yard line, and the first play lost five yards. But then Fenner ran it past the first down mark, only to lose the ball on another fumble, this one being recovered by Denver's Greg Kragen at the Seattle 20. Johnson attempted a wide receiver end-around for three yards on the final play of the quarter.

Trying to run some clock, Humphrey started the final quarter with two rushes, failing to get a first down. The speedy Elway scrambled on fourth down to move the chains and then hit Jackson for an 11-yard touchdown. Broncos led 35-7.

Krieg threw an incomplete pass on the next drive and was then picked off by Denver's Wymon Henderson at the Seattle 15. Elway passed to Sewell for another score. Broncos led 42-7.

With less than two minutes remaining, I went for another onside kick and was successful once again. One last 47-yard strike to Johnson ended the scoring, and the Broncos led 49-7 with 1:22 remaining. 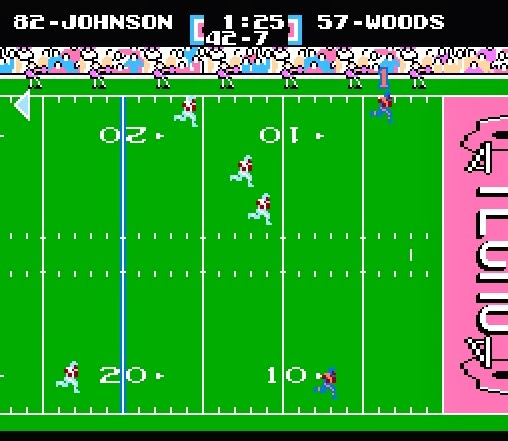 The Seahawks recovered my final onside kick attempt and blazed down the field, thanks to catches by Ron Heller and Tommy Kane. A final completion to Fenner was stopped at the Denver two-yard-line, and the game was done.

With a decisive 49-7 victory, my prediction is clear. The Denver Broncos will defeat the Seattle Seahawks in Super Bowl XLVIII. 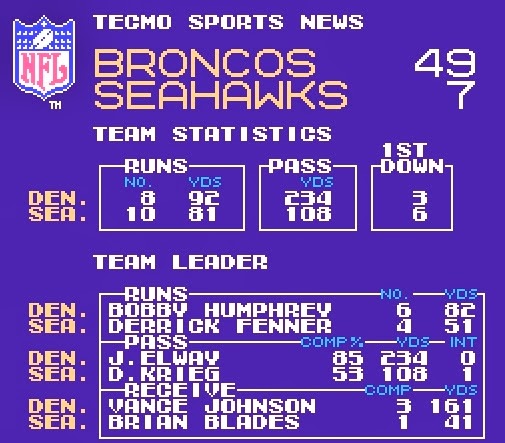 Here's my one question though. Has the team you controlled always won?

Of course. I'm just picking who I think will win (or who I want to win) and playing with them. You think I'm gonna lose some preseason game to the computer?

I actually didn't realize until this year that you controlled a team, I thought you pitted computer against computer

Very interesting article, I'm a marketer, so to me it is even useful. I recently found a good place http://sportsbetting-x.com/betting-bonus/sports-betting-bonus where I could make more money than I earn expert in marketing. It is a matter of chance, but I advise everyone, maybe you are lucky, perhaps you're an athlete and you understand the tactics in any sport.