So as you might see throughout my GBS history, I watch a LOT of different sports. The biggest thing I think it does for you is open your mind to new options, and not just in sports but in the way competition can be structured.

Let's get one thing out of the way, I am an anti-traditionalist; meaning I despise people who say "thats the way it's always been"  or "Its tradition" as a sole explanation for the reason something happens. Sure we may have a race or a game every year, but if something can be improved on, why the heck not!? 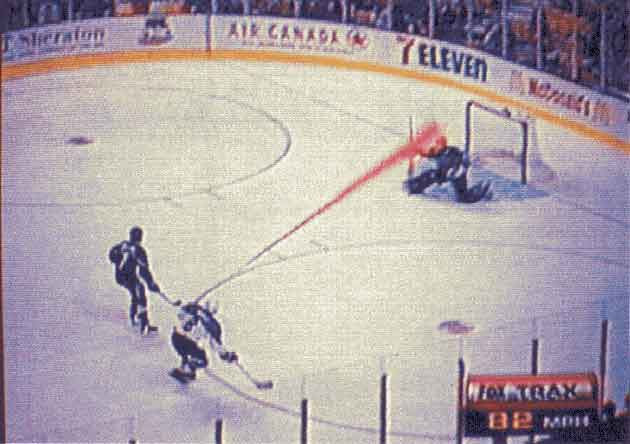 This means there are failures when you try things (see: Fox NHL glowing puck) but then there are things that end up revolutionizing sport (see: NHL being first to utilize camera replays).

So because of my fairly ridiculous repertoire of sports that I dive head first into as a fan, I think its fair time to start picking out aspects of different sports that they've experimented or tried and got right, and also some that folks have gotten wrong; and how they should be expanding into other sports.

so with that introduction, here's the first two we can chat about:

Make it universal! - In rugby, there are no specialist positions for singular plays. American Football desperately needs this. Frankly after watching rugby for a few years now I REALLY truly believe that Americans would love the NFL if it just became rugby because it appeals to everything the NFL is missing, no helmets and uniforms makes players more marketable, less concussions, no spear tackles, no kickers, no timeouts, but lets not go that far for now. All I'm saying is:

Football gets rid of kickers, get rid of punters and 400 pound linemen, baseball gets rid of the DH and reduces the roster of pitchers to negate having a milion closers and setup closers. Whoever scores the touchdown has to kick the field goal, that right there would make extra points the new most exciting play in the game. Maybe no more 350 pound linemen, because they'd need to be able to run and kick too. If american football didn't take that concept in whole they could at least accept the concept that the position of the touchdown affects where the extra point must be kicked from. In rugby the point after the try is only a gimmie if they score between the goalposts.

I don't even need to talk about how the DH in baseball is a terrible idea, a guy who sits on his ass except to take a bat once in a while. Pitchers who don't have to bat is ridiculous when you consider that they have to bat in all leagues growing up; that kind of stuff makes the game more expensive because you have to hire more people, thus makes tickets more expensive. When did athletes stop being athletes? They should be willing to be good at many things.

Imagine your current job, now pick one minor task of the job and imagine if your company hired someone to do that 1 minor task and that was their only job and they got paid full time salary for it? Like someone who ONLY did the dialing of the phone, because the dialed it the fastest. that's what having kickers, punters, DHs and closers is like.

It looks like IMSA now have LED lights on the Sports cars to tell you what place, within class, the car is, I'm going to need to think about this one for a while but its very interesting to me and now just wondering how applicable it is to other sports.
Posted by Allen Wedge at 2:58 PM

I hate the DH. Hate it. They'll never do away with the "kicker," but at least considering dropping PATs is a good start.