Five Olympic Sports That Could Move From Summer to Winter


So apparently the IOC believes that the Winter Olympics should only include sports that involve ice or snow. Consequently, we end up with approximately three times as many sports during the summer games. While I have more than enough contests to entertain me over the next two weeks, I was a bit overwhelmed during the London games, and I would like to see a little more balance between the two.

So which sports could be moved from the summer to the winter? Below are my top five summer options that I think could make the switch.

Although I think it could easily move to the winter, I realize gymnastics would be too much of a direct competitor to figure skating for primetime broadcasts.

Sure, we all associate swimming with the summer season, but it's an indoor sport and could easily switch. Of course, again, it's become a huge primetime draw and is therefore too "big" of a sport to be any higher on my list.

Does it really matter if there is snow on the ground outside while guys are fighting with swords inside?

This makes sense, as we could watch the real tennis outdoors in the summer, and then we'd have the table tennis inside during the winter. 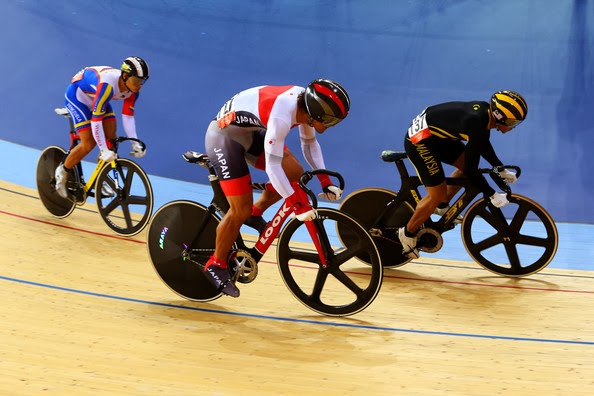 Maybe it's just that this has become one of my favorite sports and that I'd love to see it at both Olympics, but it's another indoor contest that could also easily be moved. For now I'll just have to settle for the speed skating in the winter.
Posted by Mike at 7:00 AM