With Anthony Davis receiving his first NBA All-Star bid, it'll feel great to have a New Orleans player back at the game in 2014. New Orleans NBA teams have not really offered tons of All-Stars in the past, but perhaps Davis can change this trend and get the Pelicans back on the right track. Davis, who is averaging around 20 points and 10 rebounds per game, becomes the 8th All-Star to represent a New Orleans team.

Below are the past New Orleans All-Stars, ranked by their performances in the big games.

Davis's one All-Star appearance in a New Orleans Hornets uniform was fairly representative of the overall disappointment of his New Orleans tenure. In the 2004 game, he came off of the bench to score seven points, making only one of his six three-point attempts.

Robinson represented the New Orleans Jazz in the 1978 game, coming off of the bench to help the East win by scoring seven points and adding six rebounds.

Unfortunately, Mashburn was never fully healthy when playing for New Orleans. But he was a great player and scored 10 points in the 2003 All-Star game, marking the first player to represent the city in the game since 1979.

Migloire did not start the 2004 All-Star game, but he led the East in scoring with 19 points and added eight rebounds.

West was a fan favorite in New Orleans and represented the team twice in All-Star competition. In back-to-back years (2008-09), West totaled 12 points and seven rebounds as his West squad split the decisions. 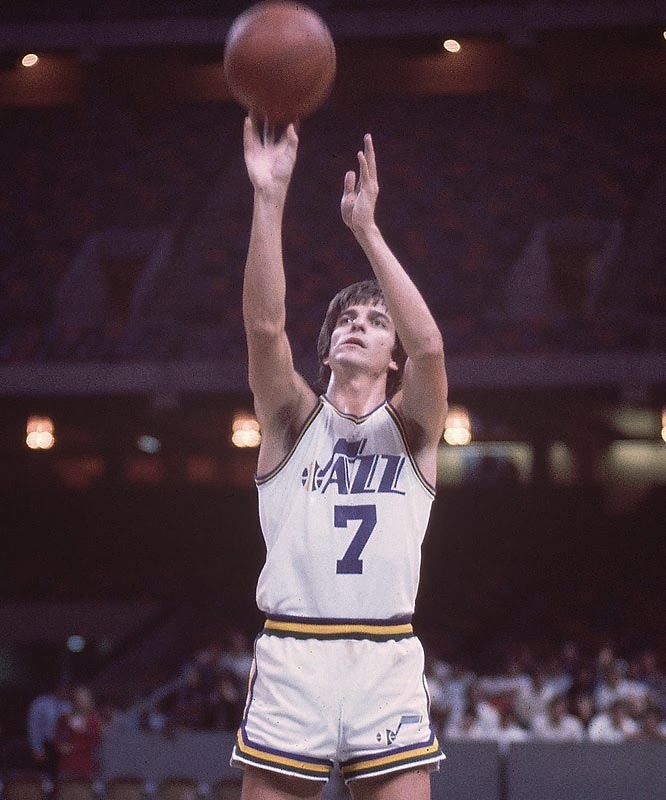 My favorite basketball player of all time hobbled up and down the court in a New Orleans Jazz uniform for six seasons. During this time, he was named an All-Star three times, although he missed the 1978 game with an injury. He became the first New Orleans All-Star when he started the 1977 contest, scoring 10 points and adding four assists and four steals. Two years later he scored 10 points as an East starter again.

Paul was a great player to have around during the city's rebuilding after Hurricane Katrina. In 2008, during his first All-Star appearance, he came off of the bench to lead all players with 14 assists. He also had 16 points, four steals, and three rebounds in his All-Star debut. In 2009 he was named a starter, the first for New Orleans in 30 years; amazingly, he repeated his 14 assists and contributed 14 points, seven rebounds, and three steals in the West's win. After sitting out the 2010 game with an injury, he made one last All-Star start in a Hornets uniform, grabbing 10 points, seven assists, and five steals in a 2011 West victory.
Posted by Mike at 6:00 AM