Mike and Brett sort through packs of 1990 Upper Deck Collector's Choice and 1992 Fleer. Bonus packs include Desert Storm and Sports Stackers. Thanks for listening! 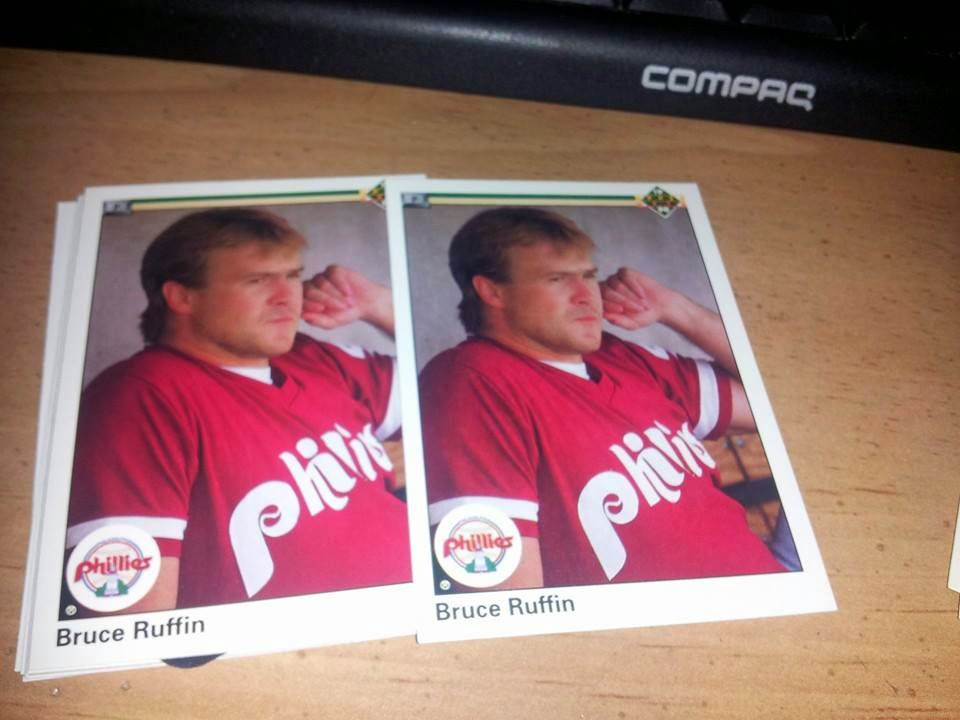 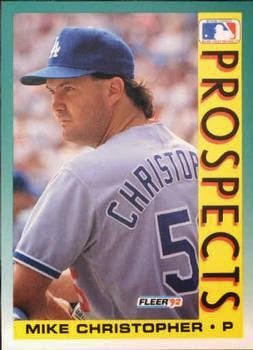 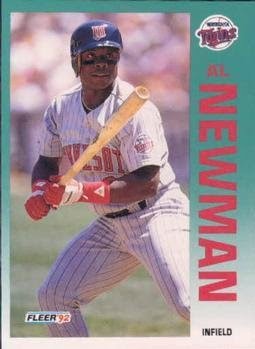 I was recently accused of "hating" Darren Sproles in the aftermath of the news that he would be released by the New Orleans Saints. Because I, a Saints fan, defended the move on social media, it somehow was translated into a situation where I did not like Sproles and did not appreciate his contributions.

Now, before I explain myself, I think it's important to note that none of this has anything to do with whether or not I "like" Sproles. In fact, I like him a lot! Am I going to miss him? Of course. Do I wish salaries were not a concern and that he could stay with the Saints in some capacity? Absolutely. Look, Sproles is a great player and he will contribute to the next team that is fortunate to have him, which I am hoping is far, far away in the AFC. (Denver Broncos… give this man a call!) So, guys, I love Darren Sproles, and I would marry him if I could. OK?

So why am I fine with his departure? Well, there are few reasons.

I trust this front office and all they have done. It's a hard thing to earn, but they've done it. Even in the rare 7-9 or 8-8 seasons (which are still light years better than the 3-13 teams I grew up suffering through), we can see a clear focus on the immediate future and a plan to stockpile affordable weapons around Drew Brees.

Reggie Bush was a great player. I've posted on this site in the past about how ridiculous it is to call him a "draft bust" when he contributed to a Super Bowl victory for our city. I wasn't thrilled to see him leave, but his immediate replacement, Sproles, was a great move by the execs.

Sproles replaced Bush, and someone else will replace Sproles. Maybe it's Khiry Robinson, a rookie (drafted or undrafted), or a free agent. Anything is possible, and you can't really doubt a front office that has hit home runs over and over again.

There are salary implications here, and that's what this really comes down to. No one is saying that Sproles is terrible and he needs to go. That's absurd. But with millions of dollars committed to him, we need to decide if there is a wiser way to spend.

Now this is where I have my critics. "Sproles is amazing!" "Sproles turns one-yard catches into long touchdowns!" "Sproles is the best pass-catching running back in the league!" This is all true to some extent and at certain times, I agree.

But now, try to forget all the highlights you've seen. Those memories we have of Sproles are outstanding, obviously. We've all seen it. And you haven't seen Sproles do something in a Saints uniform that I haven't seen.

But look at last year. First of all, his rushing and receiving numbers were all down. After scoring 17 offensive touchdowns in his first two seasons (nine in 2011 and eight in 2012), he managed just four scores last season. As a running back who turned 30 years old in 2013, that isn't very surprising.

Furthermore, Sproles had been a key factor on our special teams during his first two seasons, but he struggled there as well in 2013. His 21.3 yards per kick return was the lowest of his career, and more than five yards lower than his previous average in New Orleans. Similarly, his punt return average of 6.7 yards was the lowest since his rookie season. Not helping matters is the fact that he became the fair catch master at some point along the way.

So maybe season totals don't tell the whole story. But individual games surely do, and Sproles didn't have many impressive performances last year. Playing on a playoff team that won 10 games, I count three times that Sproles matched his expectations. In game one he totaled 110 yards to help the Saints get a big win over Atlanta. His best game of the year came in game four against the Miami Dolphins, when he had 114 receiving yards and two touchdowns and the team moved to 4-0. Five games later he scored twice again on seven catches for 76 yards, this time against the Dallas Cowboys. All four touchdowns came in two games, and did not score again after November 10th, including the postseason.

And how about the postseason? Sproles totaled 60 yards in a win over Philadelphia and gained only 34 in a loss against Seattle. He ended the season failing to reach 70 total yards in eight consecutive games.

As production declined for Darren Sproles, the team started to utilize other players. Defenses began to key on tight end Jimmy Graham and also managed to mostly take away the short passing game. Consequently, running backs Mark Ingram and Khiry Robinson stepped up to produce.

Robinson gained 152 yards on 33 carries in the last three games. Ingram was even more impressive, rushing for 146 yards in the two playoff games alone. The Saints were a different team down the stretch, playing Seattle much better than when Sproles caught seven passes in a 34-7 blowout a month earlier. Outlet passes to a running back obviously were not the answer to winning the NFC.

So running back production could be replaced by players currently on the roster, only running the ball instead of using screen passes. Add in a (hopefully healthy) Pierre Thomas who pulled in 77 receptions last year, and the team will still have the option to throw to a back when needed. Meanwhile, Travaris Cadet, who had only one fewer receiving score than Sproles last year, could be a huge surprise in 2014.

Those are four names currently on the roster and do not even take into account the draft, free agency, or trades.

As for his return production, I assume the team will look for a receiver to step in and fill that void, ideally replacing Lance Moore at receiver and Sproles on special teams. Again, this could come in the draft, free agency, or elsewhere.

Darren Sproles is a great player, and he will be missed. It has nothing to do with how much he will produce next year. But in the end, I am OK with this move, and I trust that the front office will replace him adequately and have this team ready to compete again.
Posted by Mike at 1:07 PM No comments:

In our debut episode of Beers and Baseball Cards, Mike and Brett open packs of 1988 Fleer and 1991 Score, discovering Hall of Famers and controversial home run hitters. Also discussed: error cards and Baseball's Greatest Grossouts. Feedback and suggestions are always welcome. Thanks for listening!


Some visuals to accompany this episode: 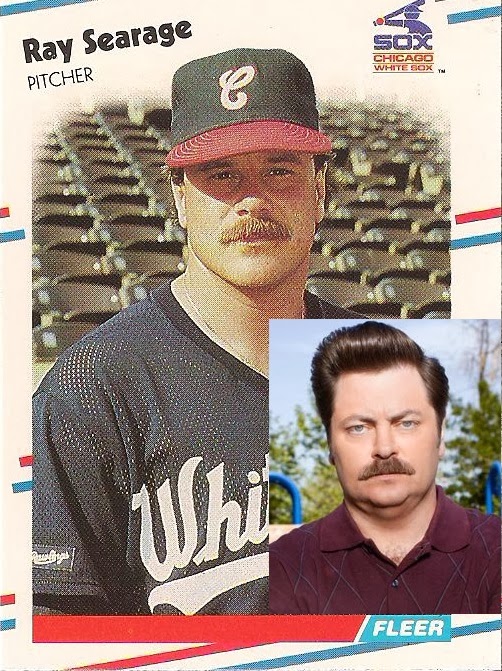 Why is he holding a surfboard?? 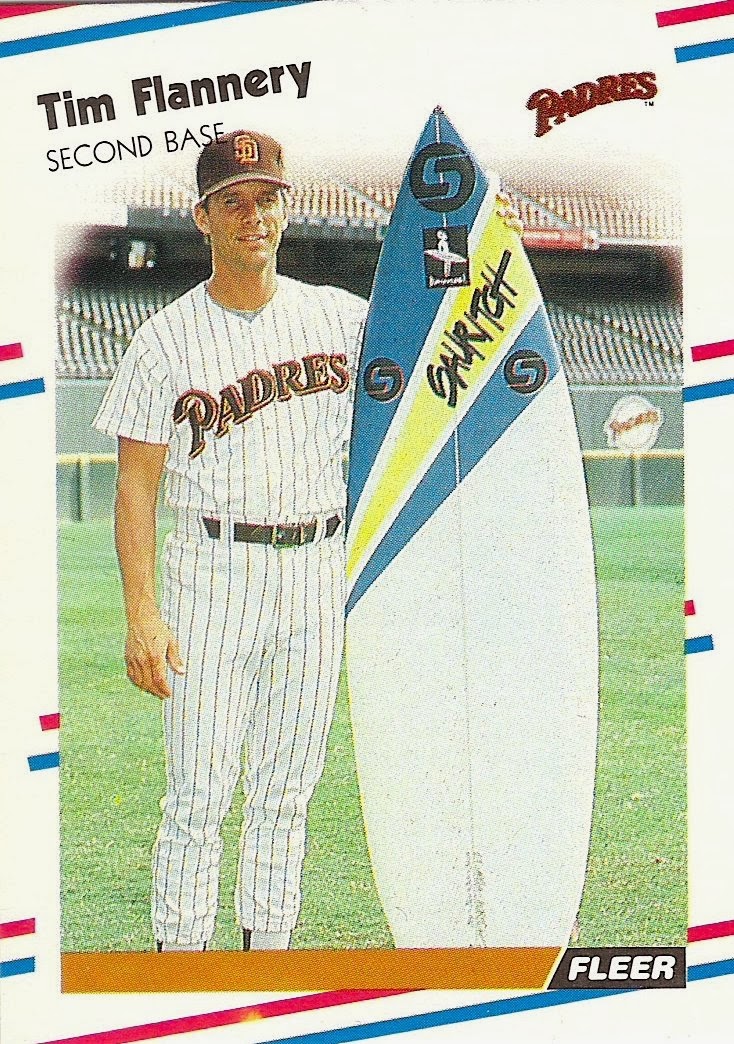