Why the New Orleans Grand Prix is a great idea

A lot of people are questioning this decision by IndyCar thinking maybe N.O. isn't ready for this, the infrastructure
isn't there, or parking is missing etc. But this is THE one place that Mike and I can serve as experts as we are both from New Orleans and visit often, we're experts here. 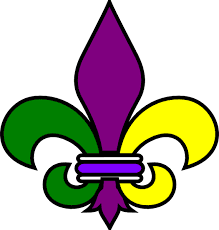 So what can we tell you?

- The track is literally next door to the TPC of N.O. golf course that holds a PGA event every year; If needed I could see them sharing parking with shuttles to transport people back and forth if needed (likely won't be needed, but its an easy plan b).

- The track is also 100% flat, as is all of N.O. but it is a very nice track, all it needs is grandstands... the flatness however may actually be the reason they are asking for June. March tendas to be quite rainy/cold (don't think temperature, think 40mph winds) but if they got a week of rain the track could get completely flooded.

That being said I wish they'd get March/April race and just try that date out, I don't think conflicting with Mardi Gras seaosn is really an issue so long as they stay off the big weekend preceeding Mardi Gras.

- They definitely don't want to do anything July-October, #1 July-Aug insane heat, Aug-October is tempting the hurricane gods.

- For folks not from N.O. the city is a half century long veteran of temporary grandstands, concession stands and porta potties for Mardi Gras, thats no issue

many think Mardi Gras = Bourbon street, but actually parades take place over the course of a month almost every night in about 20 different parts of the metro area.

- The Kart track next to North course is awesome; imagine what they could do for kids using that during race weekend, its what many tarcks are missing, let the kids try their hands at racing and get them hooke

- Honestly more than anything, the #1 reason you'll want to go to this race is for the tailgating; I trust in Louisianaians to show off why they are easily the best in the world at this

- Speaking to that point again, N.O. is a lot like Baltimore/Barber in terms of how this race will be received. N.O. has a "we want nice things" attitude; they will embrace the event because they want to be seen on TV, they want to be a destination, the city is known for thowing big events, some of the biggest conferences ever, there won't be issues getting it embraced as an event. Especially one they can tailgate at.