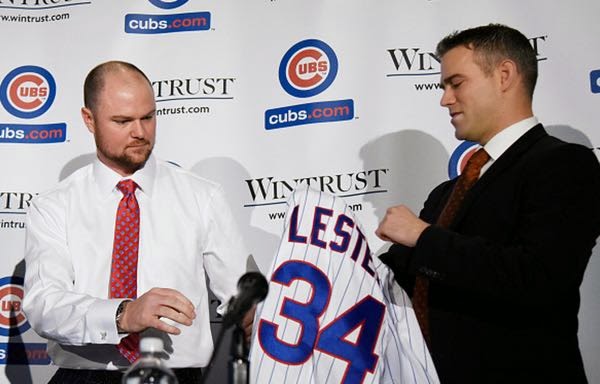 Just a year ago, the calendar was about to turn to 2014, and the Cubs were set to begin a season with a rookie manager in Rick Renteria. The first six weeks were brutal, but after about May 16, the Cubs actually played .500 ball the rest of the way, a fairly impressive feat. Led by great play on the field from players like Anthony Rizzo and Starlin Castro, the Cubs also had an exciting year off the field, due to the leadership of Theo Epstein and Jed Hoyer.

While Rizzo, Castro, Jake Arrieta, Luis Valbuena, and others had great seasons in Chicago, there were fun things happening at every level of the organization. Following news and notes on twitter became mandatory. Listening to Iowa, Tennessee, and Daytona games online became a daily habit, as Kris Bryant and his fellow prospects continued to prosper at each level, with a few of them making their Chicago debuts. Throughout this time, fans got to experience a dramatic shift, as the Cubs went from the worst team in the league to a likely contender in only 12 months.

Below are the Top 10 moves made by the Cubs during 2014 calendar year.

A virtual castaway from the Orioles, Wada immediately turned heads in Iowa, where he won 10 games and maintained a 2.77 ERA. Getting his first shot at pitching in the Majors, Wada finished the year in Chicago, going 4-4 with a 3.25 ERA and earning a contract for 2015. At 33 years old, Wada's left arm could be huge for the Cubs this season.

When the 2014 season began, Alcantara was barely on the radar as a Cubs prospect and didn't project to have nearly as much potential as Bryant, Baez, and others. Still, he became a perfect example of the type of player this system can produce when allowed to progress naturally across each level. Starting as a 17-year-old playing rookie ball in 2009, Alcantara was tearing up AAA by the end of June last season, hitting .307 with 25 doubles, 11 triples, 10 home runs, and 21 stolen bases. For a team with major holes in CF and at 2B, the Cubs almost had no choice but to make Alacantara the first of the new wave of young players to come to Chicago.

The Cubs will see a major upgrade behind the plate in 2015, as the team has clearly placed an emphasis on the art of framing pitches in an effort to keep more runners off of the bases. Montero is also better offensively than Welington Castillo, although we can expect the Cubs to still get some kind of value in return when Castillo is traded in the coming weeks. Ross's veteran leadership and rapport with Jon Lester will only help.

This sequence of events couldn't have been scripted any better, as Hammel helped the team win a bunch of games, secured a huge return in prospects when combined with Samardzija and traded to Oakland, and now gets to return to hopefully help those prospects win in Chicago some day soon.

Originally seen as a cost-saving selection by a team that absolutely HAD to draft pitching, Schwarber amazed everyone by hitting .344 with 18 home runs and blowing through three levels of the minors in his first 72 games. His ceiling is HIGH.

Maximizing his value, the Cubs traded Samardzija at the best time, Adding Hammel to the deal helped the Cubs get not only Russell, probably the best prospect dealt during 2014, but also outfielder Billy McKinney, who hit over .300 at A-Daytona following the trade.

Soler's contract made it easy to bring him to Chicago once he proved he was healthy. After hitting .340 across three levels in the minors last season, Soler got to play 24 games in Chicago, hitting .292 with five homers and 20 RBIs. He is definitely ready to contribute, and it's exciting.

Although not quite as successful as Soler while ending the year in Chicago, fans finally got to see Baez face major league pitching. While it was mostly bad (.169 through 52 games), there were some great moments, including nine impressive home runs. Baez was learning a new position at 2B and looked pretty decent in the field. Most importantly, his track record shows that he has needed a significant adjustment period at every level, so the top level should be no different. Having him play more than 50 games despite the lack of production was not an accident. The struggles were expected, and hopefully this will pay off in 2015.

Rick Renteria seems like a great dude and all, but Maddon's acquisition changed the immediate future of the franchise. Signing Jon Lester is only the first of many dominoes to fall following the hiring of an impact manager.

The Lester signing (combined with the signings/acquisitions of Hammel, Montero, Ross, etc.) just moved the timeline up by a couple of years. Instead of expecting to compete in 2017, the Cubs should now be ready to make some kind of noise in the NL Central this year.

It's going to be an exciting season, and there are still a few months left for Epstein and Hoyer to tweak the roster. Personally, I'm hoping for an all Chicago World Series in 2015. Either way, it'll be a fun summer here at GBS!
Posted by Mike at 7:53 PM No comments: