It occurred to me while I and the rest of the Speedgeek clan were out grabbing a bite of dinner that I hadn't yet gotten around to posting a picture of my Blogathon beer selection. Mind you, I'm not planning on drinking even half of what I've got here (and probably not even an eighth of it), but I've got a pretty solid pick here. It's come to my attention that I'm less of a "beer drinker" and more of a "beer hoarder". Anyway, here's a little look at what's in the fridge tonight: 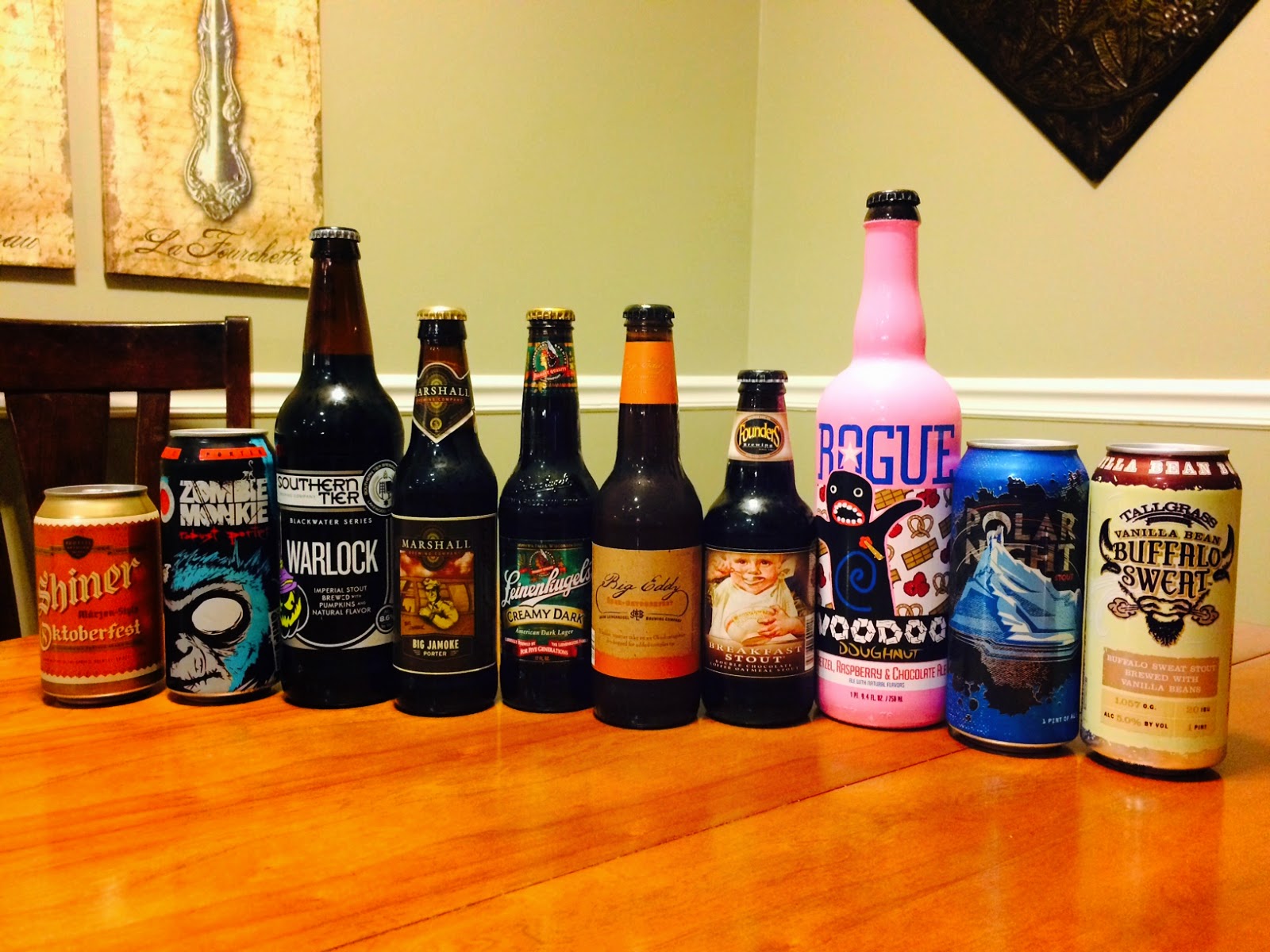 The eagle-eyed among you will have noticed that I was enjoying a Flat 12 Hinchtown Hammerdown golden ale (named after IndyCar driver James Hinchcliffe, who was also driving the #70 Mazda Prototype until it expired) as the race started. I've been hoarding that for just the right time since May of last year, but today was that time. Next up, I believe I'll be going after that Southern Tier Warlock Pumpkin Stout, since time's a-wasting and all when it comes to pumpkin beers (really, they've been out of season now for a full month). That stuff is delicious. Cheers, everybody.
Posted by The Speedgeek at 10:10 PM