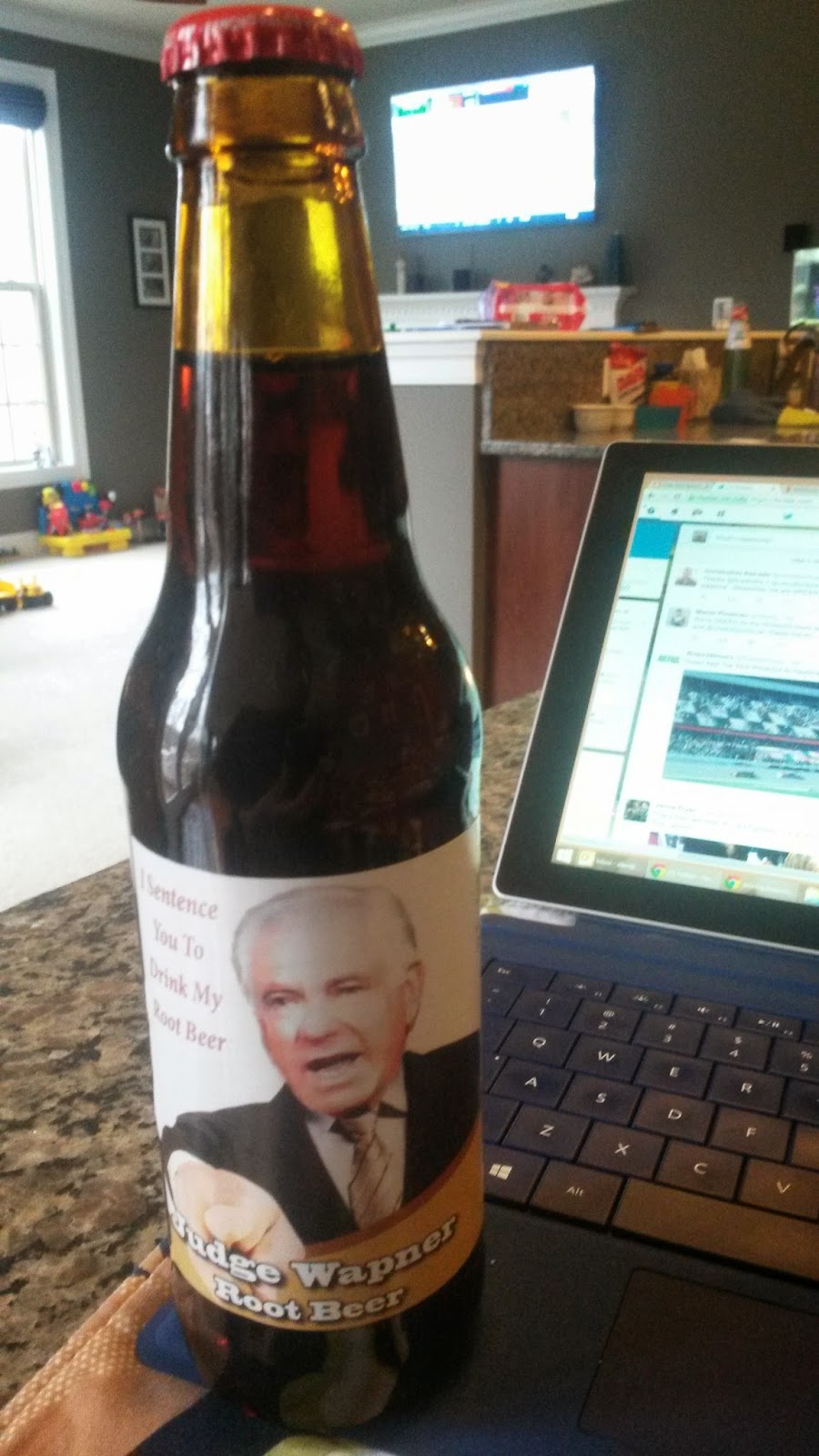 Wapner is yelling at you on the front of the bottle, and I guess he is since he’s sentencing me to drink his root beer.

But that's as rough as it gets... nice low and smooth brew. That’s what I thought after the first sip. The picture on the bottle is genius as that’s how we all remember him on People’s Court. The root beer has a nice caramel-ish flavor, a hint of vanilla. What I particularly like is that it’s a very heavy/smooth root beer with not sharp kick at all. You could drink this one all night while watching defendants make their case. 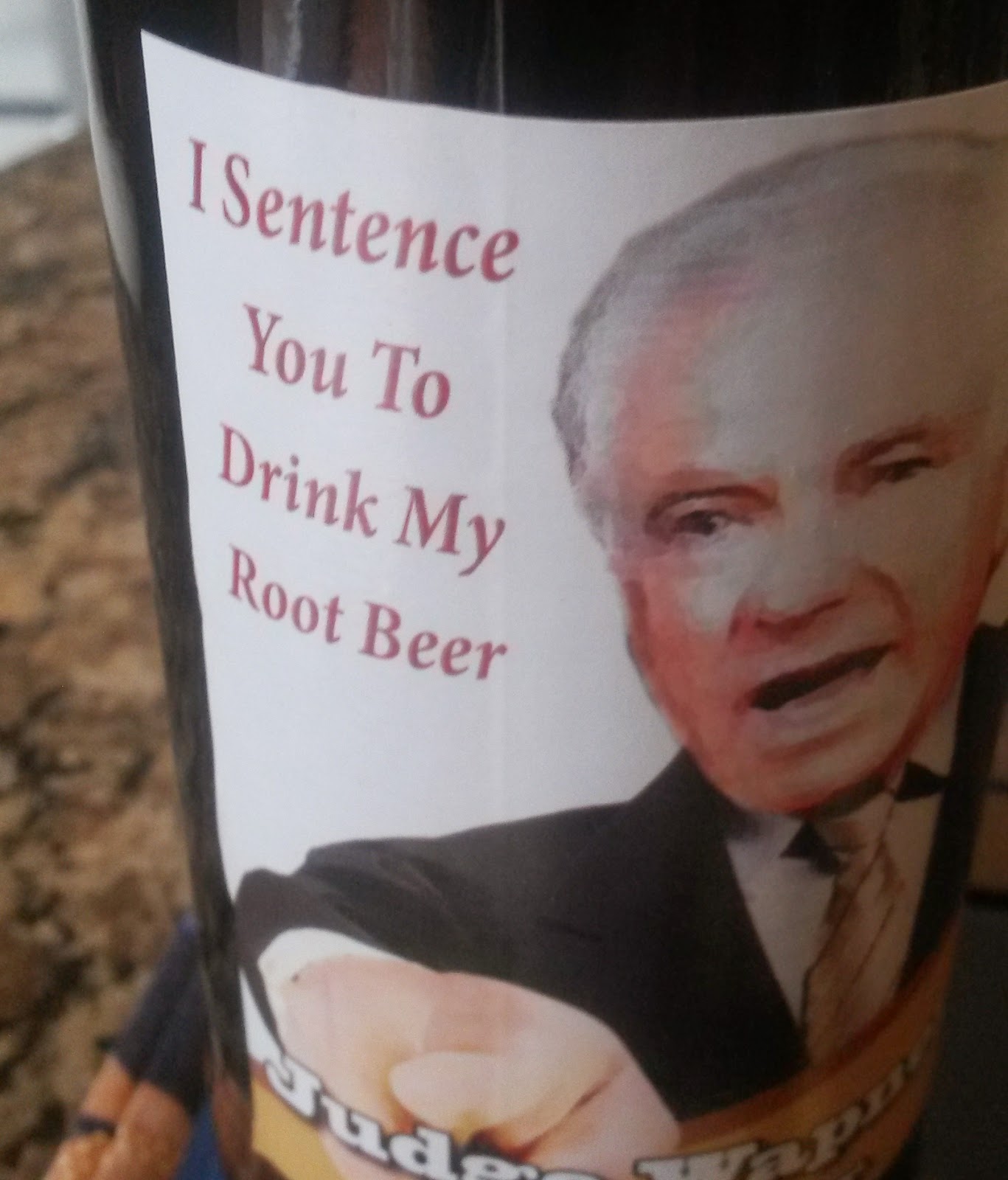 That being said it doesn't do anything to come over to the top level, nothing fancy but I think that’s what I like, the caramel topping is the strongest part its not overpowering. It’s a very well executed brew, maybe somewhat safe but so what, its executed top notch, not tasting any big ingredients in the mix over the others. 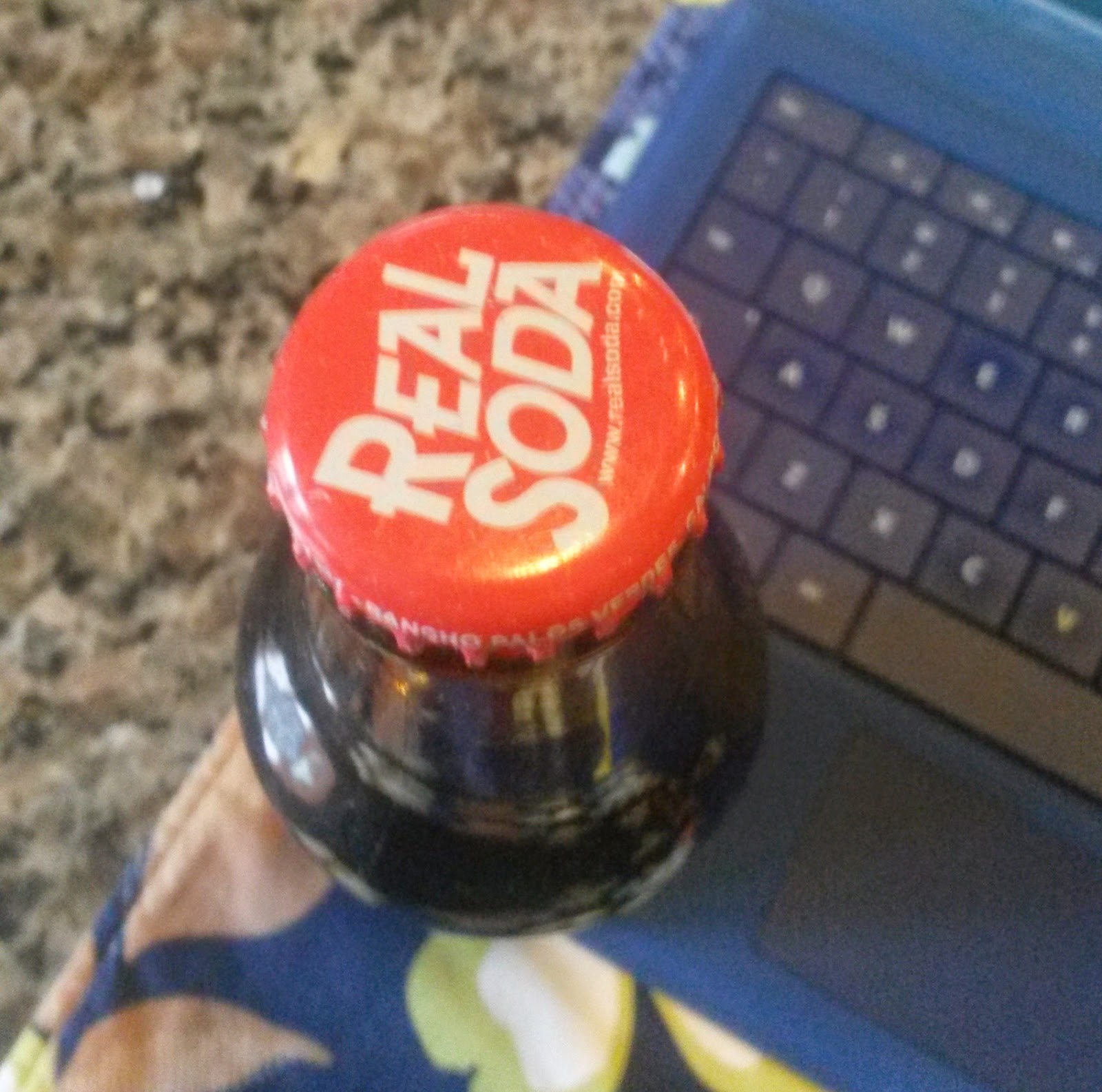 Coming from a group called “Real Sodas in Real Bottles” I expect nothing less; a solid root beer worth a 6 pack for sure, and worth trying out some of the other Wapner brews like the cream soda.

So, your root beer review is pretty much everything I'd say about the cola. It's pretty good in every way (taste, kick, etc.), but it just doesn't stand out quite enough to get a 5/5.

Strangely, when I was looking online this morning, I was led to believe that this was a Rocket Fizz exclusive. RF was sold out of the root beer today, but the cream soda and the cola had plain black caps, not the red one shown in your root beer picture. Odd.