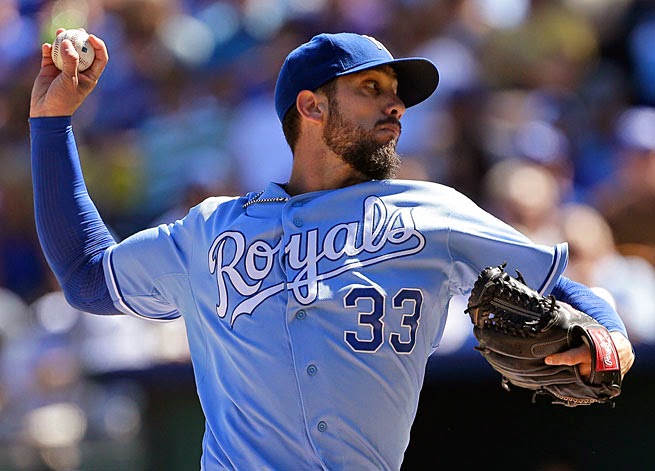 This may not be realistic, but it also isn't very realistic for James Shields to still sitting here as a free agent in February, possibly days away from settling for about half of the money everyone thought he'd get.

The Chicago Cubs have a strong pitching unit heading into the season. New ace Jon Lester and returning veteran Jason Hammel will combine with Jake Arrieta to form a powerful trio at the top of the starting rotation. Further, Kyle Hendricks looked as "Maddux" as possible in his 13 starts at the end of last season, going 7-2 with a 2.46 ERA. Many assume he has the 4th spot locked up.

After that, the Cubs have so many potential options for a 5th starter that this could turn out to be the best rotation the team has had in a long time. And, of course, the team is likely done making major additions following the great deal that brought Dexter Fowler over last month. Combine all of this with the fact that Chicago is probably planning to land another top starter through trade (Cole Hamels?) or free agency next year (Jeff Samardzija?), and sure, signing James Shields sounds crazy.

Shields has averaged 14 wins over the last four years, maintaining a 3.17 ERA in the American League during that time. We saw projections in the $100 million range a couple of months ago. Yet today, that number may be somewhere around $50-70 million.

I'd like to see the team jump on this opportunity right now. The 5th-spot possibilities are all exciting, but signing Shields would blow all of that up and make it irrelevant. There would no longer be a need to trade away prospects for a player like Hamels or spend twice as much money for someone like Samardzija.

But coming back to reality, it looks like the Cubs will have a tough decision to make based on players who are currently on the roster. So here is a quick look at some of the candidates to fill the final rotation spot along with my brief comments.


Outcome: Assuming Hendricks holds on at #4, and Jackson and Wood fail to impress in spring training, I would love to see Wada join the rotation. It's easier for me, the person not on the hook for $20+ million, to say, but at some point Jackson may need to be let loose. The Cubs are very close to approaching possible "win now" territory, and they just can't compete if Jackson pitches the way he has since arriving in Chicago.

Wood should have some type of trade value, even if only in the low prospect range, and he should be moved. I think he will spend his career fighting for spots in the back ends of rotations, and the Cubs have better options, both for now and for the future. If he were packaged with Welington Castillo, for example, it would likely be worth whatever the team can get.

If Turner and Doubront can get bullpen roles initially, that keeps two potential starters nearby and seems ideal to me.

Of course, signing James Shields makes all of this unnecessary.
Posted by Mike at 2:32 PM