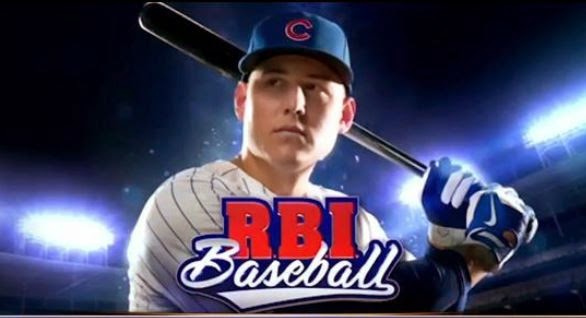 RBI Baseball recently announced that Cubs first baseman Anthony Rizzo will be featured on the cover of the 2015 version. This is great, mainly because at least it's an actual guy, unlike the original NES games, where it was just randomly uniformed gentlemen.

However, I played a little bit of the new RBI last year, and it just wasn't quite as fun to me. I rank the original RBI very highly on my list of favorite video games and still play it on my phone every now and then.

In fact, here are my top three teams to use in the original NES RBI game. (Note: I have to throw out the All-Star teams, so that only leaves eight to choose from.)

3. Detroit Tigers - This is a newer favorite, since I don't remember liking them so much as a kid. But I've recently leaned toward the Detroit lineup, which starts off great with Trammel and then keeps going, with Gibson, Evans, and Nokes following. This is one of the only two non-All-Star lineups that I don't feel the need to adjust, although I do like to get Madlock some at-bats and will sub him in for Brookens sometimes. I recently had a 15-run inning in a 24-1 victory (using my phone, which I find to be more difficult than the NES). Strong offense.

2. St. Louis Cardinals - This is other lineup that you don't mess with. If someone is slumping, you can throw Oquendo in there to switch things up, but he isn't really any better than any of the starters. You know you aren't hitting home runs with this team, you can "small ball" the crap out of your opponent, especially the computer. If I were playing a season and trying to set my high mark for triples, this is easily my team.

1. Boston Red Sox - When you plug in Ellis Burks at the leadoff spot and Tony Armas in the eight-hole, this team is as good as the All-Star teams. Then you have Roger Clemens pitching. It's unfair, actually, and I rarely use Boston these days. But I know I used them a lot back in the day. Today, if I play with the Red Sox, I usually only use Bob Stanley to pitch, and I leave him planted in the middle of the mound.

I'm sure every RBI fan has a different Top 3. Feel free to tell me who I missed here.
Posted by Mike at 2:12 PM