You might be thinking to yourself: "But Allen, while you are an Olympic nut, how can you possibly be writing about the Olympics in a non-Olympic year?"

Alas readers, for I can segue with the best of them in some quick topic rundowns. 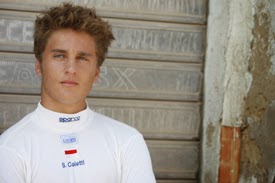 IndyCar team KV Racing announces the driver of their 2nd car for the 2015 season: Stefano Coletti?

For those who do not follow the European divisions of racing, Coletti is a 4-year veteran of GP2, and like many before him has likely given up on the dream of obtaining 3 trillion dollars that would allow him to get a test in Formula 1 car. He's won 5 races in the last two seasons including 12 podium finishes in that range.

So he's got some pedigree, but most fans will be saying its not a big enough name, but I say we can put a spin on that. You see, Stefano's sister Alexandra Coletti is a 2-time Olympian. an alpine skier competing for Monaco, she participated in the 2006 Turin and 2010 Vancouver Olympics. In fact she was Monaco's flag bearer in 2010. 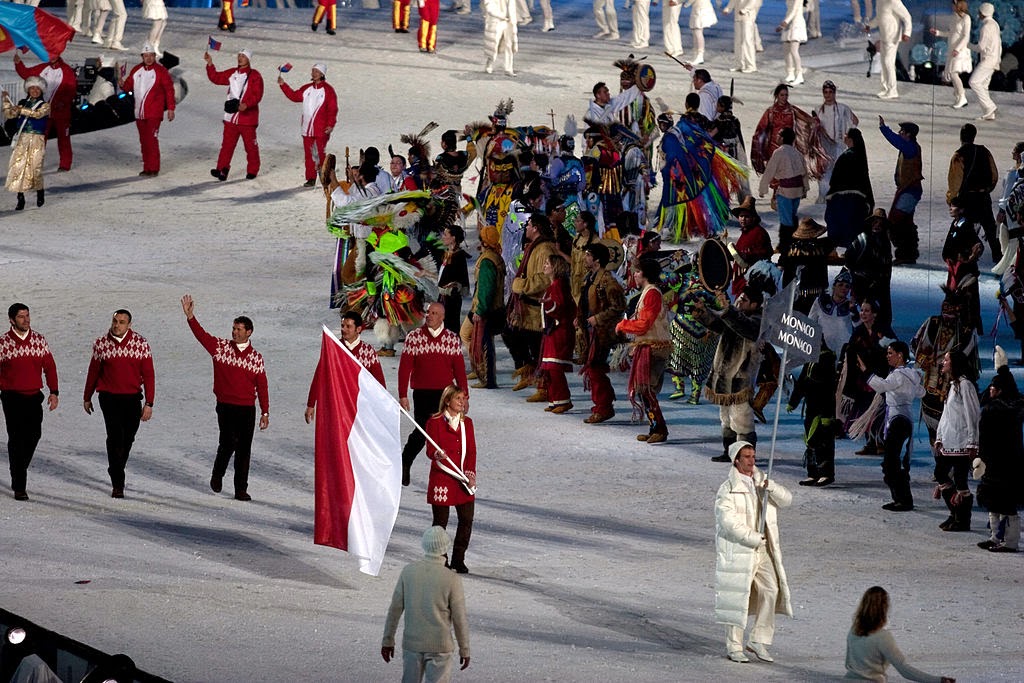 I think the media should make it a point to bug him all season asking him if he thinks he could ever live up to his sister, "The Olympian." Just compare everything he does in IndyCar to his sister. 'You just finished in the Top 5, what about your sister, she once carried your country's flag on the world stage.' He's probably never heard it before honestly, so he might be happy for someone to bring it up.

Ronda Rousey: Great fighter, but can she fly with a pole?

With Ronda Rousey once again defending her UFC championship belt, this time in 14 seconds, against the #1 ranked contender who was otherwise undefeated, many talks have come up. Will anyone ever beat her, is she in the realm of Mike Tyson, is she pound-for-pound the best fighter, can she beat men in the same weight class. All this talk is pointless, as Rousey herself even pointed out, no sanctioning body would ever let her fight a guy, not to mention she wouldn;t do it for the implications it would carry. But that doesn't stop people from throwing more opinions, questions, and what-ifs in the mix. Not to mention people angrily defending who is better than who and all that. We now have UFC Heavyweight fighter Matt Mitrione to thank for this one, when he visited another UFC fighter, Matt Shaub's, radio show:

Now I'm not exactly sure where Mitrione was trying to go with this because its so random, but I think he managed to insult everyone involved, the hosts, women fighters and pole vaulters. Is he saying pole vaulters aren't athletic? Or track and fielders in general? I mean if I was going to pick on an Olympic sport, theres plenty out there that are more skill than strength. Archery, skeet shooting and curling are more skill than strength sports; and lets not forget that for some silly reason multiple forms of Equestrian manage to be Olympic events.

I mean, to run with enough speed to plant a 10+ foot pole in a divot and using only your arm strength, lift your body over a 12+ foot bar seems quite athletic to me; shoot the Olympic record for women is over 13 feet tall. Ronda runs triathlons and stuff to train and then grinds out and fights opponents. I mean I get that he was trying to belittle Ronda's talent, but why pole vaulters? I mean he's missing the fact that Ronda is an Olympic medalist already, so is he saying Judo Olympians aren't as athletic as pole vaulters?

Or maybe I'm wrong and Mitrione literally has a ranking on every kind of athletic feat that there is in the world, and he's got pole vaulting at 47th on the list and women's bantamweight fighter is 48th on that list. I really hope he's got marathon ahead of the 100m dash because I'm very tired of how people say the 100m dash winner is the fastest man alive. This sounds like a fun pointless task for GBS to undertake, lets rank all sports on levels of athleticism.

Any reader got a clue, thoughts?

Lastly: The 2022 Winter Olympics host decision is being made this year.

We all know about the fiasco that has become of the hosting bids. 4+ cities actually dropped their bids after asking their citizens if they were interested in the bill that comes with it. The only 2 remaining are Beijing, China, and Almaty, Kazakhstan (neither of which really give their citizens the option of saying no). We here at Grab Bag Sports have always made it known that we officially support the decision to give International sporting events to cities/countries that have not had them before. As a world we expand our knowledge of the known locales, cultures and help the world open up. This is why we were saddened by the selection of Tokyo over Istanbul for the 2020 Summer Olympics.

So with all this, plus the fact that Beijing gets no winter (much like Sochi), and all stupid Borat jokes people will make aside, GBS has its full support for Kazakhstan... but Beijing just makes it so hard...\

We all remember their mind-blowing opening ceremony; and now for their 2022 bid, they are recoding a new theme song “Awakening Winter,” which includes the talents of none other than, f'n Jackie Chan.