There are many great writers in the media covering the Grand Prix of Louisiana, just look at who we follow on twitter; they’ll have tons of good race coverage. But because Mike and I are both from New Orleans and we’re stoked for IndyCar to finally experience our city (believe me, that’s the direction this is really about), I thought it would be good for fans who aren't able to make it to know what the race is like for a fan, what do you have access to, what will you see here.

So here is a quick recap of the fan’s experience (note, I purposely did NOT get media credentials for this race). #1, parking isn't the most intuitive thing in the world as they've re-purposed some street medians, the parking lot of Loyola’s baseball team (Signette field) and a shipyard, and then they shuttle you to the track. It’s the same thing they do for the PGA golf event at the TPC of Louisiana, so it’s not like they just came up with this idea, it should be somewhat organized (and was for Friday).

The first thing that hits you is that NOLA Motorsports Park is gigantic (which is something to awe at because the facility is currently only half the size of the eventual master plan). The second thing that is astounding is that from the grandstands of the front straight, you can literally see the whole track. Now you can’t see the detail of a pass or a turn on the other end of the track, but you can see the cars go all the way around the track (this pic is of cars on the far end of the track from our seats): 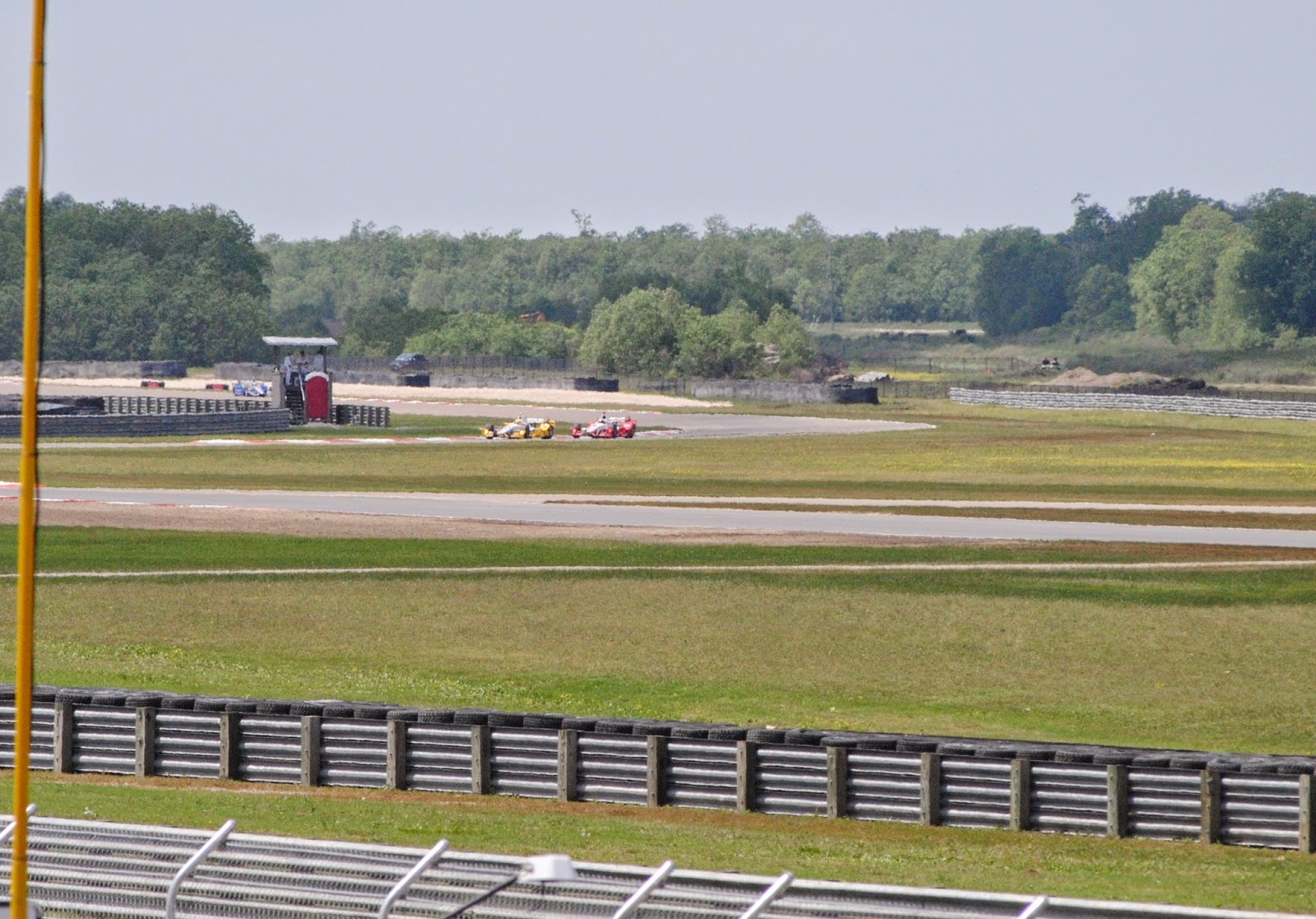 Perhaps the only negative I've got so far is you can only sit around 1/3 of the track, which means you're missing out on a ton of passing zones that I'd pay good money to get a seat for. But as far as seeing the whole track… don’t believe me, here’s video I shot with my simple phone:

Then here’s some shots I took from the top of the grandstand with a simple 55-200 mm lens. Again note no press pass or sneaking up close to a fence, I shot all of these from in the stands. 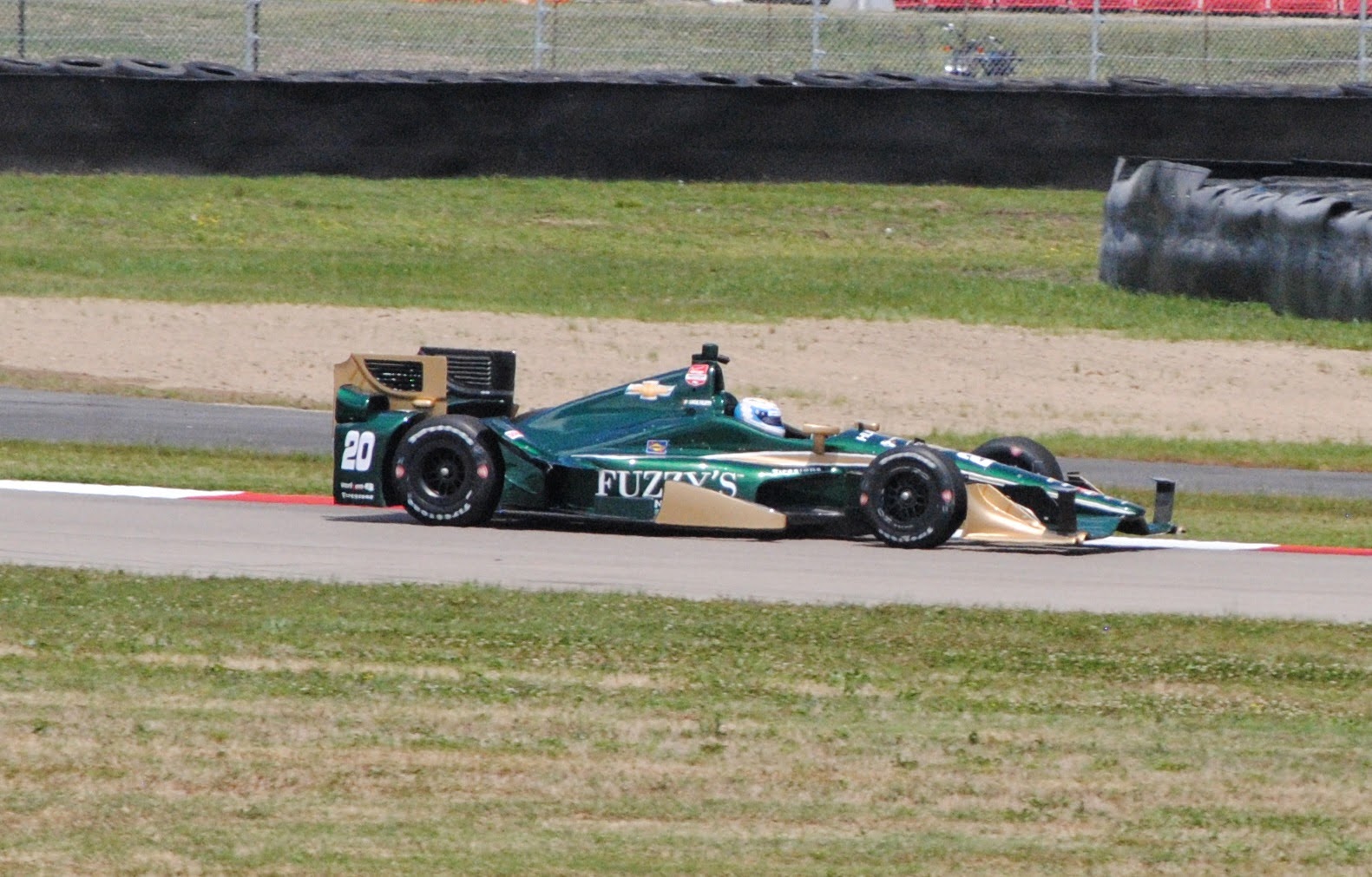 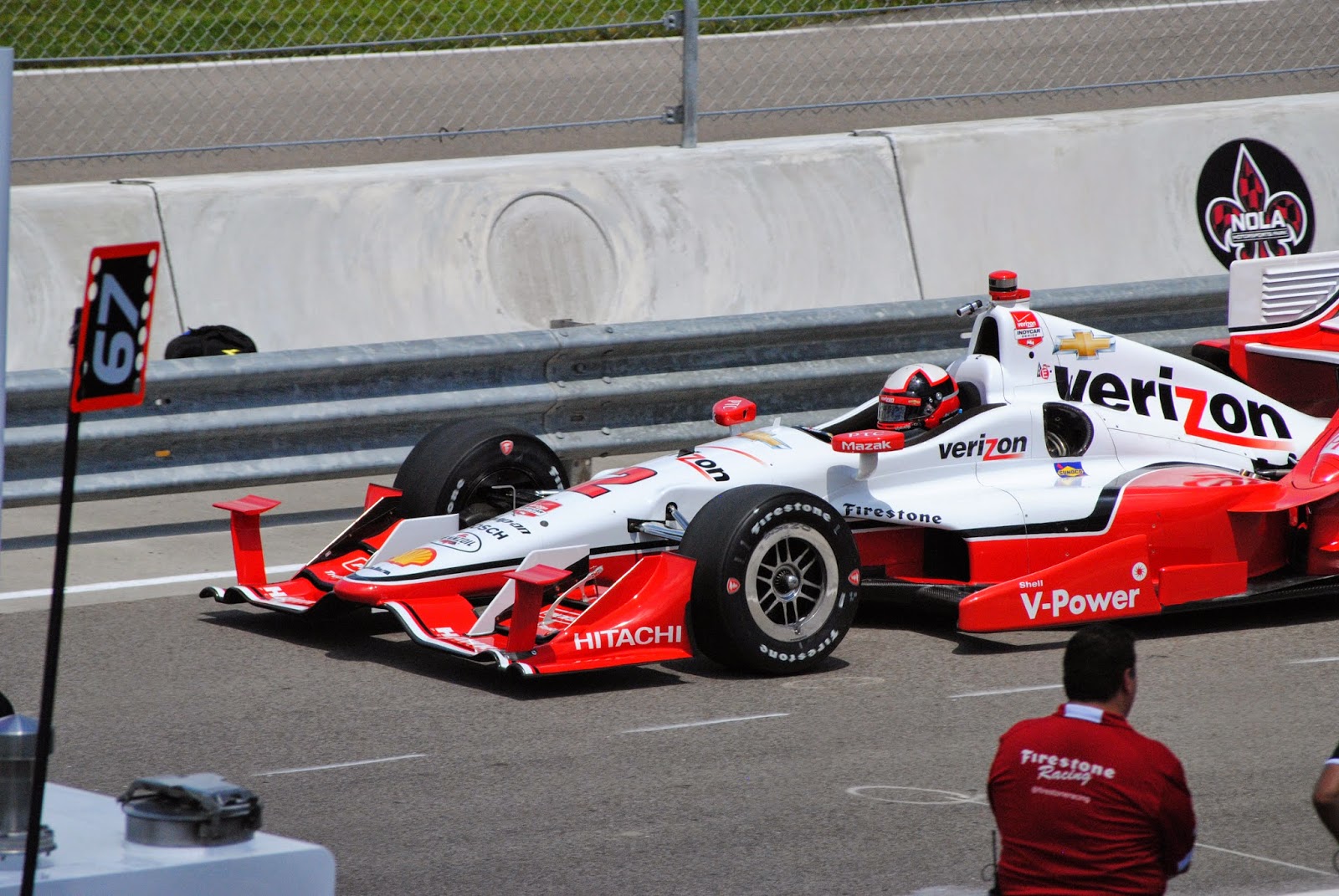 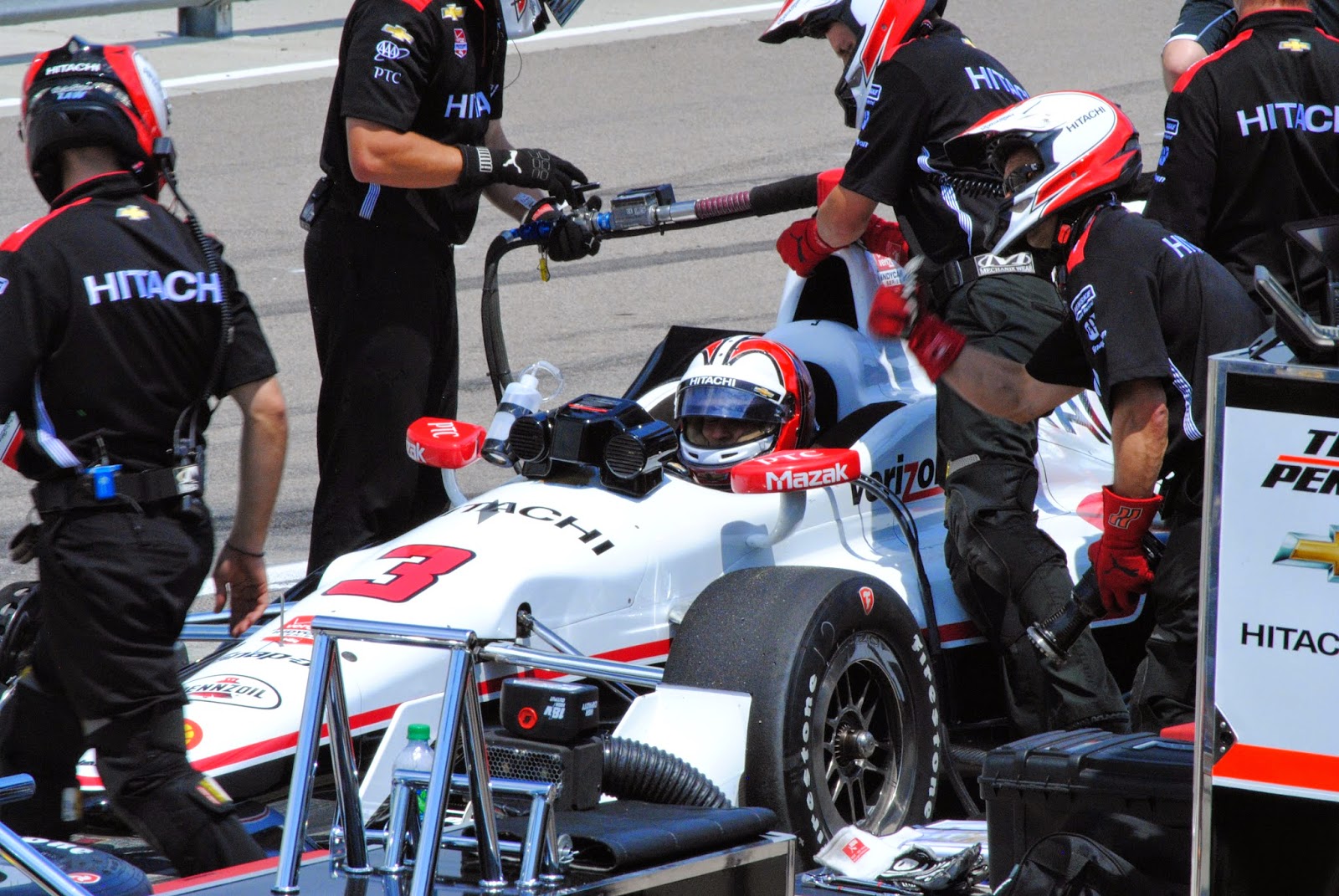 So being able to see things is one aspect, but the second thing you've likely noticed is how close you are to the action. The grandstands are akin to Mid-Ohio’s old rickety pit houses, in that, where fans walk elevated above the teams, but directly on top of them with an unobstructed view. It’s the same for the pit stalls here at NOLA, there’s no fencing or anything obstructing your view, you can literally reach out and touch tires if you wanted to try.

This is how close you are to the pits at @NOLAMotorsports from the stands. Doing wing research pic.twitter.com/P50fSBsGdM
— Allen Wedge (@AllenWedge) April 10, 2015 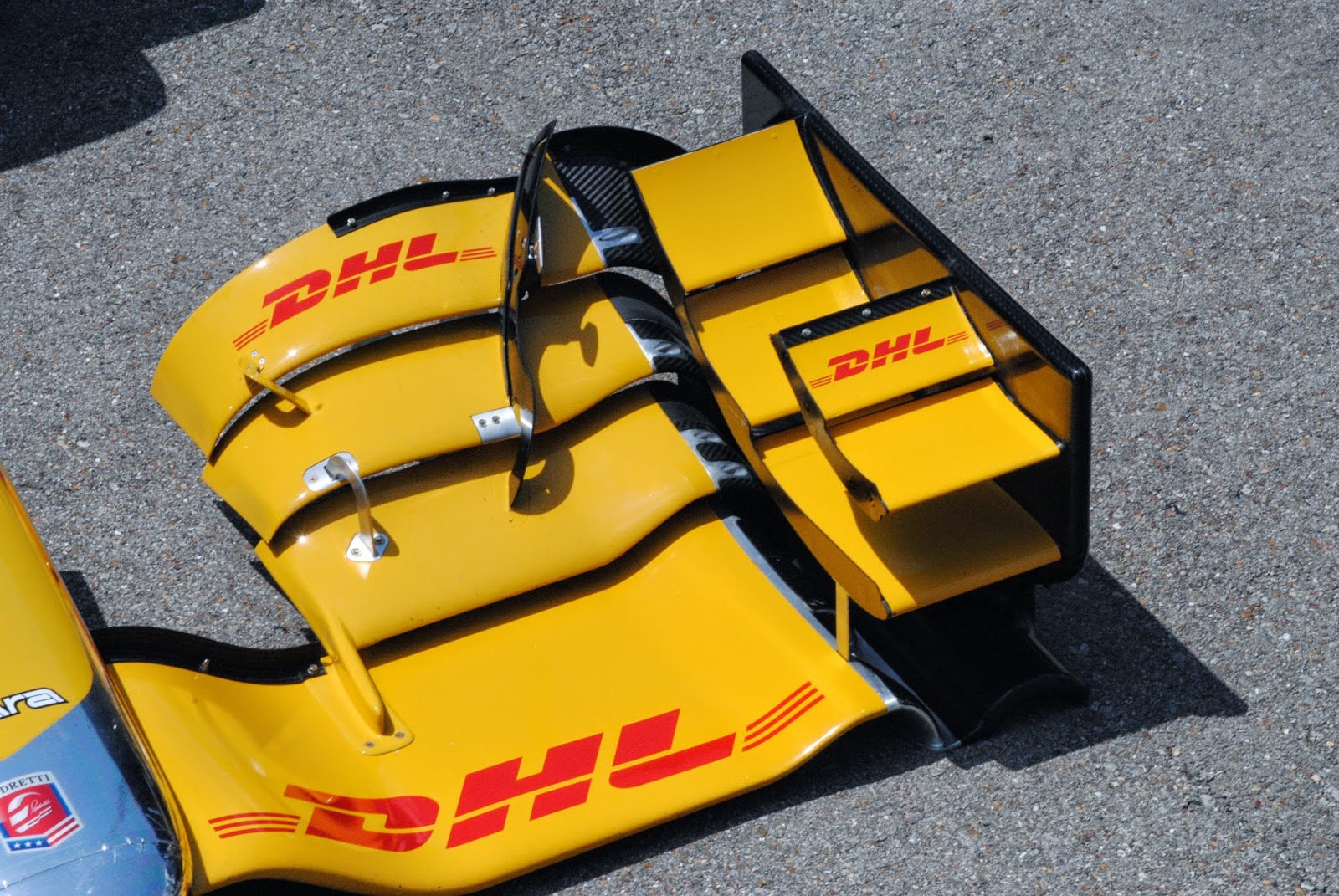 We chatted with some team personnel at one point in the rain delay and it wasn't awkward, it was very nice. (again, no press/media access for me this race)

The paddock area is as open and friendly as I experienced at any track, but my favorite part is that its right behind the stands so no need to take a long walk. Plus there’s a great “Taste of LA” food station area complete with genuine jambalaya, gumbo, and Café du Monde beignets! So walking around this track is a treat, and I have yet to try out the Ferris Wheel, or to go check out the “largest go-kart track in North America.” (hopefully tomorrow). Yes they are doing kart racing on race weekend, which, bar none, has to be the greatest idea at any race I've attended: let the fans and kids try their hands at racing while its fresh in their minds.

The only negative at this point is that Louisiana has these crummy torrential downpour rains that last for 10-15 minutes and then the sun comes back out.


We had one of those today and it looks like event staff were clueless about the weather of their own state as they kicked us out of the grandstands... AFTER the storm had passed… Eventually sense prevailed and the track workers stopped trying to make spectators leave the area and went to work on the 2 inches of water collected in the pits and various areas of the track while we passed the time.


Eventually the track was dried and we got to see a few drivers see who could create the biggest rooster tail... just Juan: 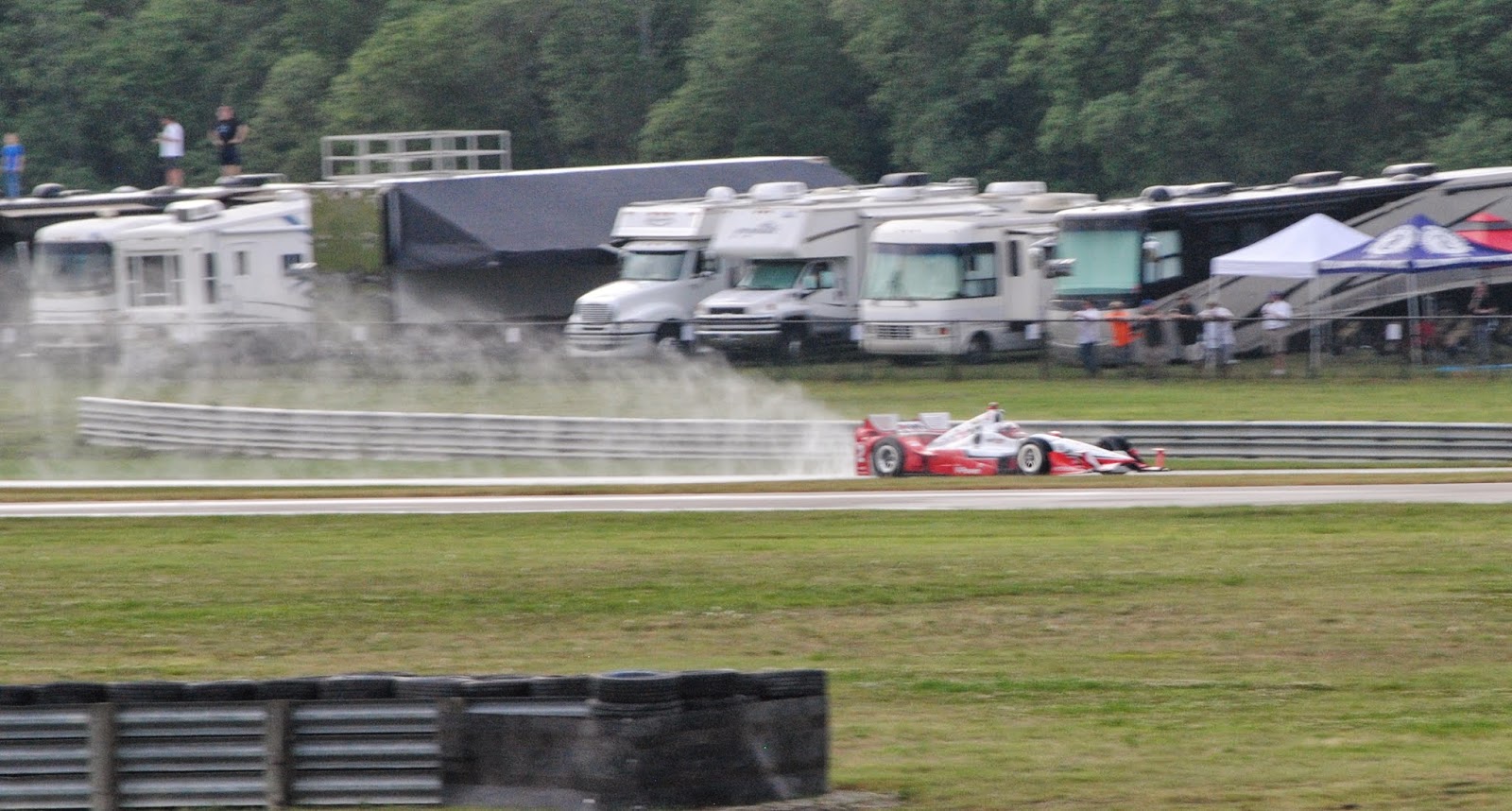 Will be back with a day 2 report tomorrow, but so far so good for the inaugural run of a Grand Prix for NOLA...
Posted by Allen Wedge at 1:13 AM