Good morning, folks. And thanks to Mike for carrying things over night through the viewing of Crackerjack (I'm privileged just to have been present) and the Djokovic/Murray match. I've been up for about an hour now, and am working my way back up to live from starting about 10 minutes late on the DVR.

So far this morning, we've already had wheel to wheel battles in the top-3 in Prototype/overall, the top-3 three cars covered by less than 10 seconds in GTLM, up to 10 cars on the lead lap in GTD, and Justin Bell playing with Lego guys in the Magnus Racing pits. This race is shaping up to be everything I could ever want.

Mike may have to step out for a bit (he's earned some time out of "the office"), but I'm gonna be here. 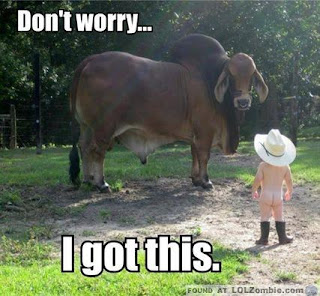 Posted by The Speedgeek at 8:04 AM

The 5 car just pitted and gave me two cars in the top 3!

If you know the leaders for the 12-hour mark, let me know. I'm gonna go through the scores and get an update posted.

I've corroborated the first two with a second source, so I'd say we're good to go with those three. 18 minutes to go until the next points are scored!