Is the World Baseball Classic Accomplishing its Mission?

A quick glance at Twitter these days surrounding the World Baseball Classic and you see a lot about Israel's amazing 3-0 start including wins over 3 teams they were highly expected to lose and lose badly to (S. Korea, Netherlands and Chinese Taipei). Considering Israel was ranked #41 in the world going into this, yeah its pretty big on the scale of unexpected upsets, lets see if they can keep it up.

But you'd be remiss if you ignored a lot of hubub about whether or not this team should really be called United States B-squad or "Israel." This of course making light of the loose rules in international sporting competitions about who is allowed to represent which country. The IOC has done a lot to shore up their rules, and are in fact doing even more requiring residence and passports for those moving etc. The WBC, maybe not so much...


I figured it was worth an interesting dive in, so I went over and exported out all the rosters of all the WBC teams, and charted them by the birthplace of the players. This is of course flawed out of the gate, but lets take it at face value because that's how many people do:

So lets talk about the outlier teams, or better said: How many Americans does it take to make an Israel or Italy? 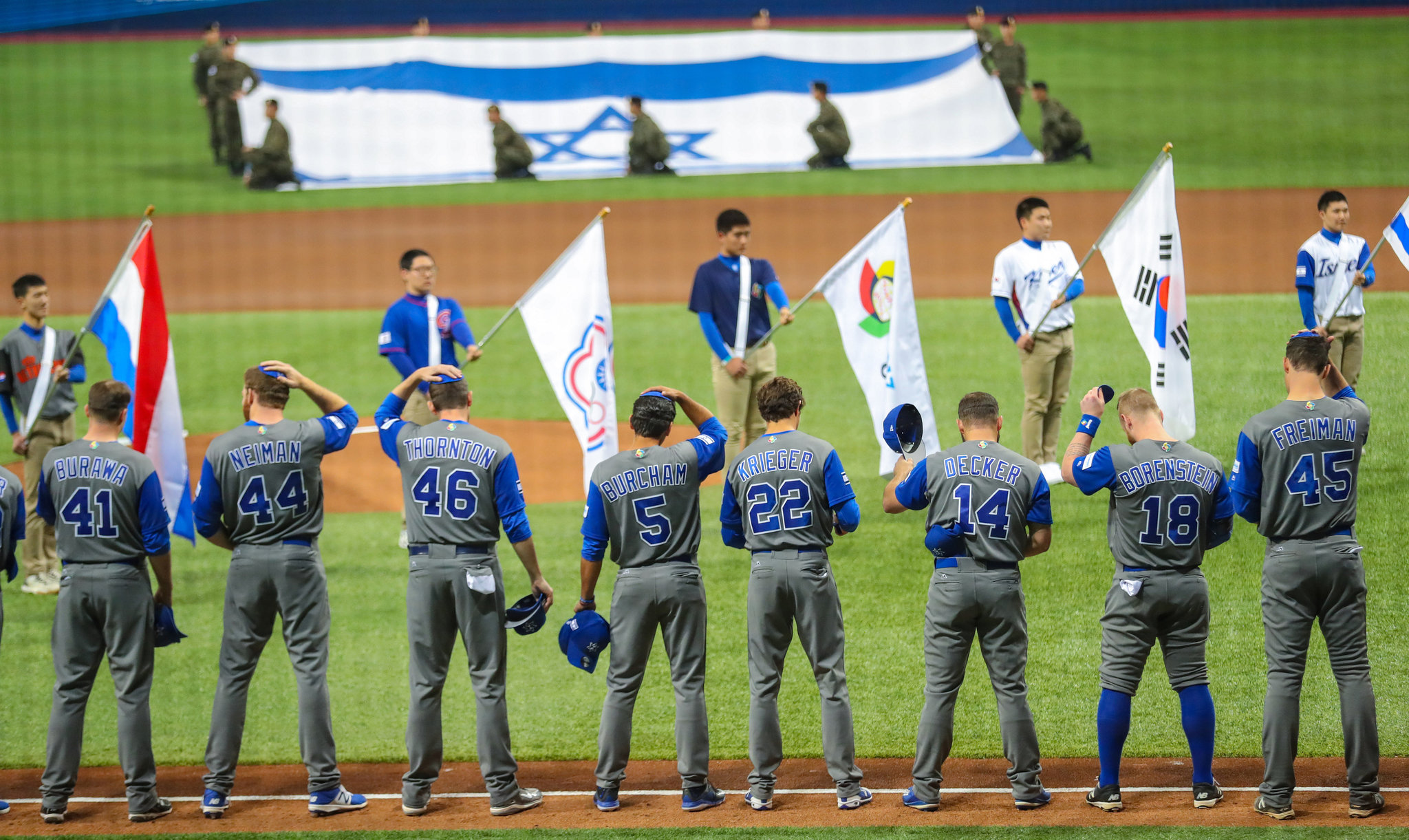 Italy's team only has 8 players born in Italy, but its worth noting that 4 of its players born elsewhere currently play professionally and live in Italy. (more on this later)

Israel has only 1 player born in Israel? yep. But remember this situation is roughly where Italy used to be, and frankly the Netherlands for that matter. In fact this was the point of the WBC all along, to spread the game of baseball. both Italy and the Netherlands had breakout years in past WBCs and that's partly what sparked their uptick in baseball leagues and players. Their rosters used to look a lot more like Italy, and Italy used to look a lot more like Israel. That's progress.

How can you tell there is progress? Less than half the total players (534) in the WBC this year are playing professionally in the Major Leagues (150) or MLB farm system (109). That's progress in a sense for expanding the game of baseball. More professional baseball leagues are popping up or getting more serious now that there is a big tournament to play up to. These countries and their teams are being represented more and more by players from these leagues, rather than stretches of eligibility. Players who then grow to get a few MLB players just like soccer has tons of leagues but everyone wants to get to 2-3 top tier leagues.

24 Professional Leagues are represented in the list of where the players normally play. Three of those leagues were founded shortly before or after the first WBC in 2006, and 4 of the other leagues in the 80s/90s around when baseball was getting competitive in the Olympics before it was removed as a medal event. Some of the other leagues had been around for a while but added teams or added layers and more professionalism in the last 2 decades but there is expansion for sure.


You read that right, the most important thing in this entire post... There's a league named Honkbal Hoofdklasse, and our next mission is to figure out how to get it televised so we can hear announcers say it... that is all.
Posted by Allen Wedge at 1:34 PM No comments: