Is A1GP's race in New Zealand in Limbo? 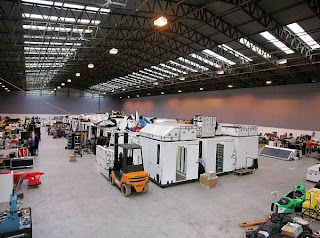 While we don't have too much on this just yet but the report from Motorsport-Total. But they are reporting, from what we can tell in Google/babel-fish translations, that there are rumors that either A1GP or the promoter in Malaysia may have an issue either with the transporters or someone connected to the transporters of the cars, and that the cars themselves are still in Malaysia...

I guess we'll just have to wait for more to develop on this as it is currently the middle of the night in Malaysia/New Zealand; but if this develops into something I for one will be deeply saddened as I was greatly looking forward to A1GP's race as part of our 24 hours of live-blogging along with the 24 Hours of Daytona.


UPDATE Kind-Of: A1.GP Grid is also now reporting on the issue, while receiving its initial report from the motorsport-total article, but then doing a little further of their own reporting they have to say:

"We are hearing a rumour that suggests this is not to do with a payment problem to the carriers but an injunction to stop the transportation of the cars."
Posted by Allen Wedge at 6:52 PM