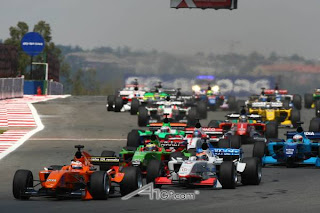 For those who may not remember; A1GP lost its Mexico City round of their current season to a scheduling conflict with a Radiohead concert (seriously we couldn't make that up) and has been desperately searching for a new date and track.

In the past we've noted that A1GP seemed silly as it was for leaving the great and popular Autodromo Hermanos Rodriguez that they had already raced at, and had good support for. 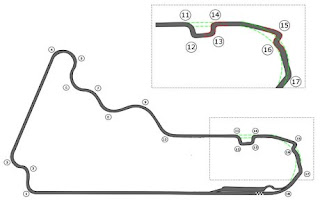 The good news: they finally were able to secure a replacement for the lost race as a new season finale for the 2008-09 season & are returning to Autodromo Hermanos Rodriguez; the very odd news (especially considering this race is in North America) is that they've gone with May 24th. Yes, also known as the day of the Greatest Spectacle in Racing.

Now I understand that Formula One & NASCAR already race on the same day as the Indy 500. The thing is, those 2 series already have very large established fan-bases; AND generally don't conflict; the 3 races run at 3 different times and all can support themselves even if they did conflict. 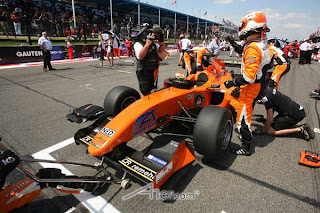 But will anyone really notice a 4th event from a much smaller niche series? Will it even be able to get TV time when Formula One is already running? Will anyone in North America even notice it or remember that it's happening?

I'm not so sure it is a smart decision for A1GP; which I feel should already be done by the end of March anyway; seeing as its setup as a extracurricular World Cup series. On top of that, lets consider that the race will be in North America and that A1GP does in fact share more than just a date with the IndyCar Series. 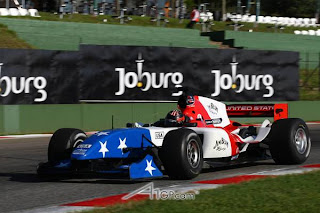 Also, what does this do for the resources of Andretti Green Racing who run Team U.S.A. & run 4 (sometimes 5) cars at Indy? Supporting a ALMS team that races the week prior to Indy is one thing; supporting a team running in another series at the same time is another...

I don't doubt that the races/series don't generally conflict; but it sure isn't a smart move by A1GP if they are looking for growth.