These are the 10 sports moments, good or bad, that I remember best from 2009:

(Note: These are the events that affected ME as a sports fan. Most are related to the specific teams that I follow. I do not mean to present these as the Top 10 sports moments of the year or anything like that. This is just from my self-centered point-of-view.)

This has not happened yet (tune in tonight!) but it has to be awesome, right?? Last year we saw that dude backflip that car. This year we'll see Pastrana try some amazing jump and possibly die. That would be a limit I guess. Death. But other than that... No Limits!

Also making it better this year is that Wedge and I can watch it together. (He's currently sleeping on my sofa bed and I've already put Cubs bumper stickers all over his car.) 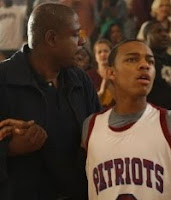 Forget the rappers that are in this movie; Forest Whitaker delivers a great performance as Coach Al Collins. You should see it because it is an excellent portrayal of what we (high school teachers and students) were going through in New Orleans after Katrina. This is obviously a movie, but it does a really good job of following the story of the 2006 Louisiana State Champions as closely as it can, adding only a few dramatic elements. The real hurricane/aftermath footage is a must-see for all US citizens. (Look for my new list of top sports movies coming soon!)

We had a blast covering this team, as much as I could before my daughter was born, at least. It's a shame when colleges cut athletics because of money, but it looks like it will be happening to other schools in the near future. We may get to pick a new team this year! 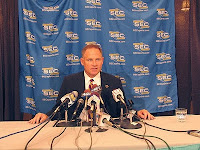 This team played sub-par football this year. That is clear. Even in the wins, they often deserved to lose. But that being said, amazingly they still had a chance to compete for a title. The three losses were all competitive contests. First I watched the Florida WR throw the LSU defender to the ground on a key TD. Then against Alabama we saw the replay CLEARLY show an interception that would've turned that game around. But of course neither of those compare to the debacle against Ole Miss when Les Miles forgot how to count and tell time! Bizarre year. 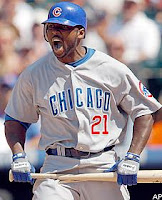 We were elated when we signed him. We were miserable all summer. (Remember when he threw the ball in the stands after the second out??) And now we're overjoyed that he is gone. Carlos Silva = Milton Bradley 2010.

We had a great World Baseball Classic this year. Hopefully they keep it up. I'm just worried MLB will try to make it "count" for something!

24 of the best hours of 2009. Among other things, I got to witness the brilliance of Djokovic. Can't wait for next year's, which is coming soon.

We had to watch Game 2 of the championship series at a bar across the street from where our band was playing, then had to play the show knowing we lost. The next night we watched the Tigers take Game 3 and the title, knowing we were leaving at 3:00am for a show in Baltimore. It was a pretty exciting, if sleepless, week for me.

Unlike the other professional team I follow (the Cubs), the Saints' postseason existence didn't even start until I was 10 years old. I slept outside of the Superdome in December to get the playoff tickets that year. I've been through the ups and downs. This has been a fun season and, hopefully, they'll keep it going. Remember: What Would Breesus Do?

1. Man allows his friends to shoot his TV

So the Saints are doing great and all, but I don't think I'd ever allow my friends to shoot my television because of it! This is the best story of the year. If you missed this, you have to watch it:

This was a crazy year. I think Wedge did great things with this blog and I hope to help him carry that momentum into the new year and build upon it. My daughter (our 3rd child) was born in March and spent a month in the hospital. After that, she required great care at home. (I also accomplished some amazing things with music in 2009.) Needless to say, sports took a backseat this year.

I am happy to report that things are perfect here at home and the baby is healthy. I have quit my second job, giving me more time for my writing, which of course includes this blog. I am really looking forward to contributing more consistently.

Thanks to all the friends we've made and to everyone who reads our nonsense. See you next year!
Posted by Mike at 9:10 AM