So we have a new site! And a new contributor in Andy (yes, the SpeedGeek himself)! And a returning member in Deuce? Maybe?

I like the new name. Andy told us a story about his experience with baseball card grab bags (maybe he can tell it here) and I had a similar story. When I was a kid living in New Orleans, my dad would sometimes take us on crazy road trips. If they involved watching music or sports, I was down. But sometimes we'd just go to random towns. Boring, right? So the first time he took us 90 minutes away to Ponchatoula, LA, my brothers and I were dreading it. 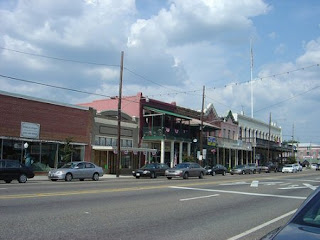 When we arrived in Ponchatoula and began to go into all of these antique stores on their main street, we thought things couldn't get any worse. Until we entered the single greatest antiques store ever found by a baseball card nerd. The guy who owned this store sold his antiques and did really well. But he usually hung out in the back room of his store, which was an amazing little card shop! He had such a huge supply of cards stashed into this small "store" about the size of my living room. We figured we'd at least found a place to hide until it was time to head back home to civilization. But then we found out about his prices...

This was the early- to mid-90s. Beckett was the Bible, right? Right 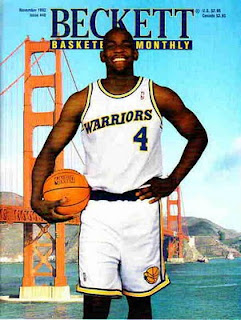 . Everyone knows that. Well, this guy started his prices at HALF of Beckett. Think about that for a second. Think of all the cards you collected and the ones you paid a certain dollar amount for. Now imagine paying half of that. As a 13-year-old, it was like winning the lottery. If we were more enterprising children (or had less of a conscience) we'd have come home from the many trips we eventually begged to take there, carrying bagfuls of cards to sell to our friends for twice what we paid for them. The guy asked us not to do that though, so we never did. He was just happy to help kids have fun in a hobby that was quickly becoming an adults-only pastime. 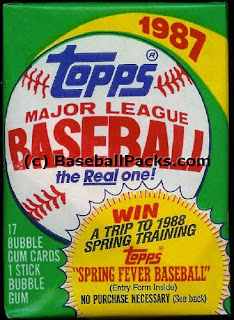 ab bags? They were all marked $1 and labeled by sport. You would get at least $5 Beckett value in each bag (with special bags containing bigger scores, of course) in addition to one unopened pack! It didn't matter if it was 1987 Topps or 1993 Score or whatever it was! An unopened pack to a kid or teenager is like gold, especially for $1. Some grab bags had better packs, obviously, and you could get a 1989 Upper Deck or 1984 Donruss, for example.

At this time, we were mainly into the NBA and usually went to the basketball packs. We ended up with more Shaqs and Jordans than our friends even knew existed. We'd have so 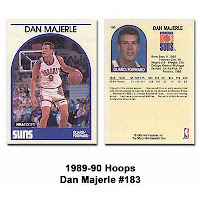 many extras we'd give them away like candy to our friends.

"What? You're giving me a Dan Majerle rookie card? Beckett says this is worth $5!"

Seriously, we would save up $10 or $20 each and beg to go to Ponchatoula and spend all of our money on grab bags. The guy who owned the store knew then what we all know today: 99.9% of those cards from the 80s and 90s are financially worthless. But what it did for young sports fans and collectors is immeasurable.

Years later, even after that guy closed his store, I found myself bringing my own family to Ponchatoula, which also happens to be like the strawberry capital of the universe. No one sells cards there anymore, as far as I know, but I'll never forget that antiques store and those grab bags.

So Grab Bag Sports it is...

Unfortunately for me, the launch of this site comes at a pretty low point for me as a sports fan. The Cubs are so terrible and aren't even fun to watch anymore. I still do it, but it isn't fun. I usually put it on while I'm working these days. Or trying to fall asleep. Meanwhile, I'm hearing the Hornets not exactly refusing to listen to offers for Chris Paul. That would be a serious blow, possibly the nail in the coffin, as far as my interest in the NBA goes these days. (The Hornets need him and so does that city and its kids... if you trade him right now, personally, I'm done.) There's also a College World Series going on without LSU, which is always sort of sad.

So, maybe the Cubs will do something exciting soon? If not, there's always Saints stuff coming up! Either way, I'm looking forward to the new site and I think Allen has done a great job. Get ready for more nonsense from me soon.
Posted by Mike at 11:37 AM

What, Big Z not exciting enough for you?

The Cubs are dead to me. Not that I was spending much time following them this year, but I've probably read my last game recap until 2011.

Great, great times here, though. Onward and upward for the Grab Bag Boys!

You know, Big Z would've excited me 5 years ago. Now I'm old and bitter and want these young punks off of my lawn and my baseball team. If he's 8-2, I wouldn't see what the big fuss is about. But this guy is not a good pitcher. Bad player + bad teammate = no patience from me.

But how about those Cubs! A win yesterday and now we'll sweep the Pirates!

I retract my "sweep" statement.