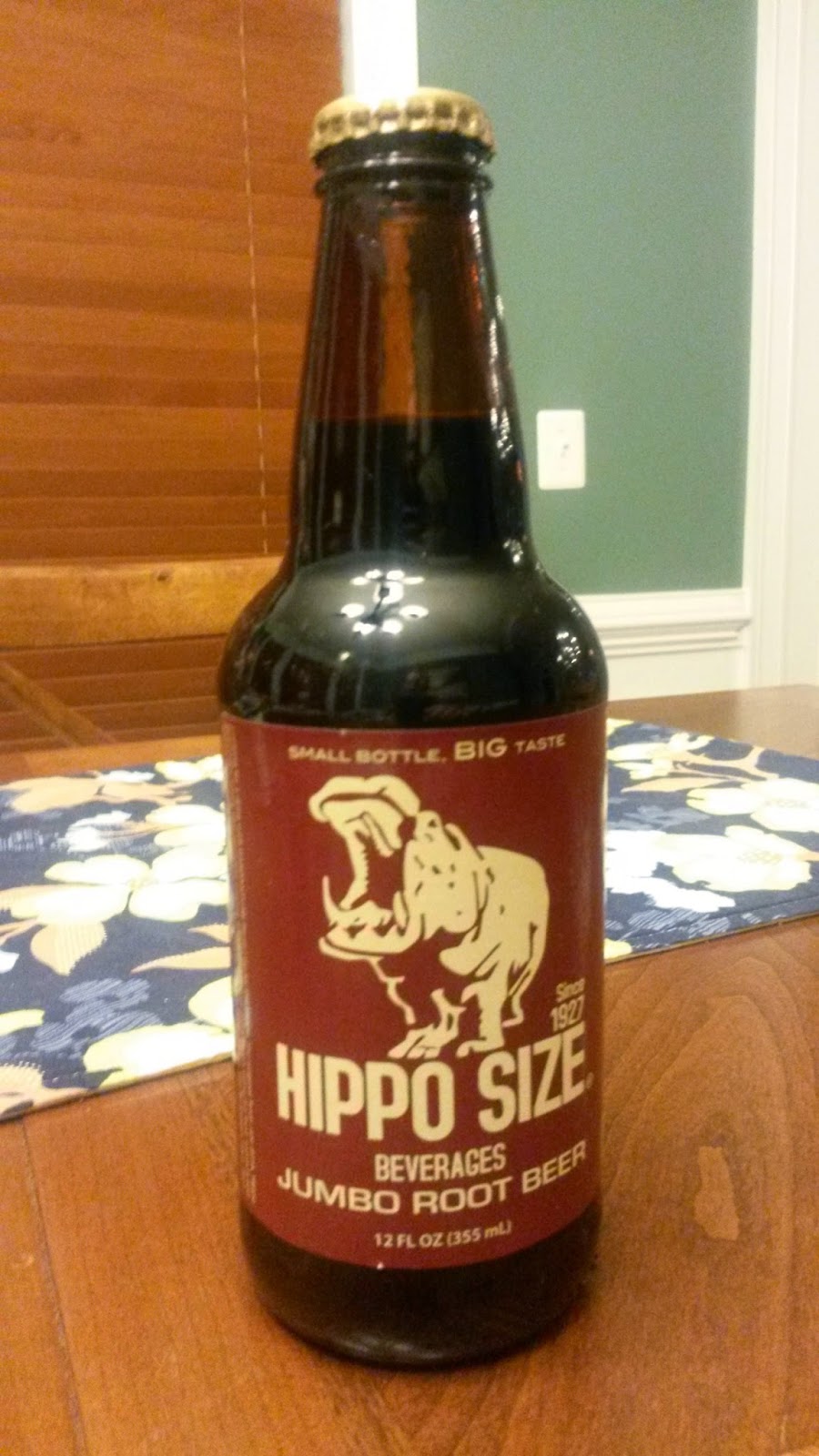 Hippo is now being made by Orca Beverages in Washington who also keeps Red Arrow and many others alive, and thank goodness for them because Hippo Size has a motto “Small Bottle, BIG Taste” and they back up their trash talk. 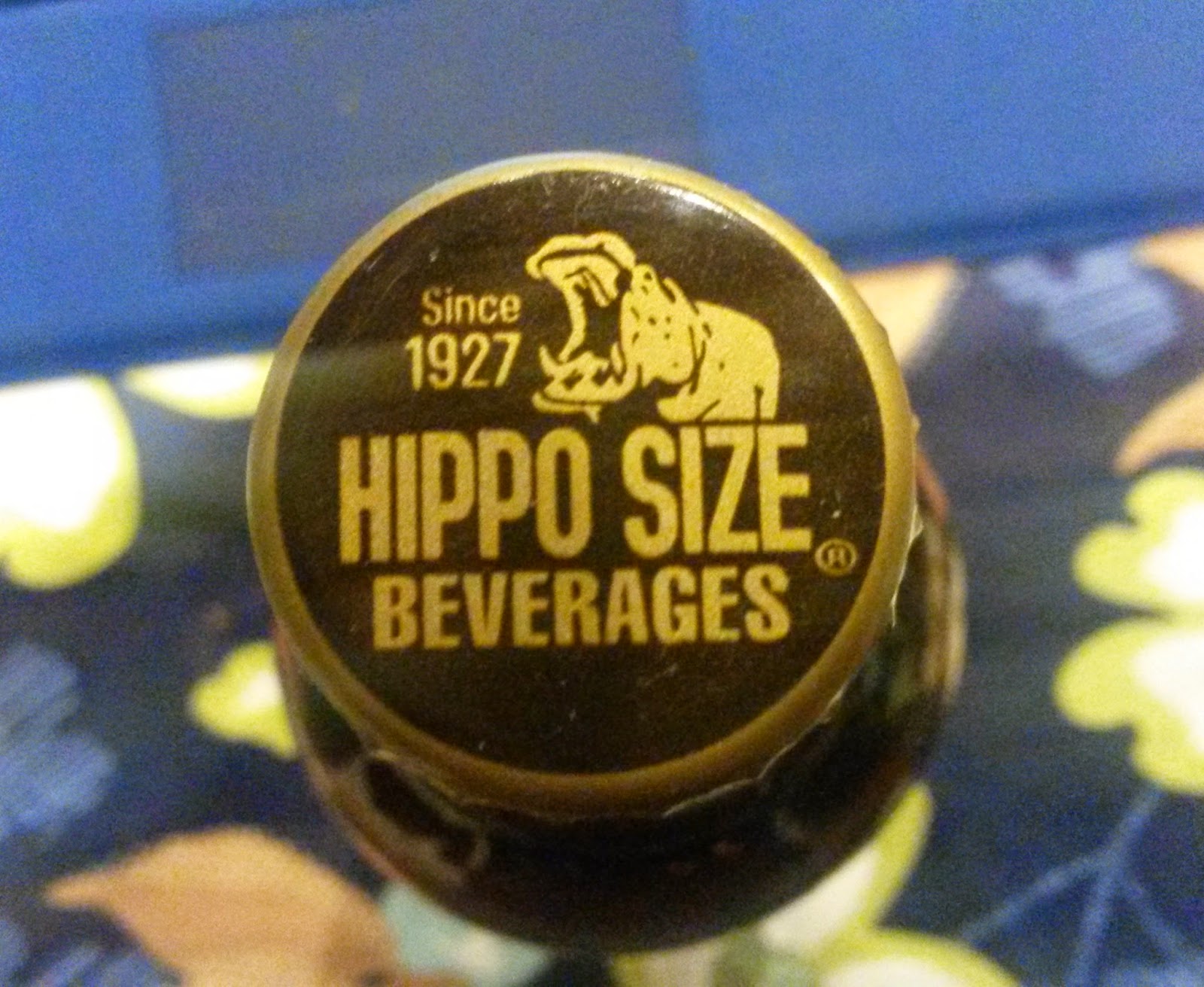 This is bar none the best root beer I’ve had this blogathon… this week, this month, this year… It’s an awesome heavy, smooth root beer with a strong wintergreen taste that tingles on top of your tongue. I’m really sad more than anything that I only have 1 bottle of this because it was pretty much awesome. It went down like a smooth beverage but if you savored it in your mouth it had a great kick of the mint to it.

I've never seen a hippo in person, but based on this beverage they must be the size of a house because the taste on this root beer was massive! 5 out of 5, Orca should pat themselves on the back for this one.