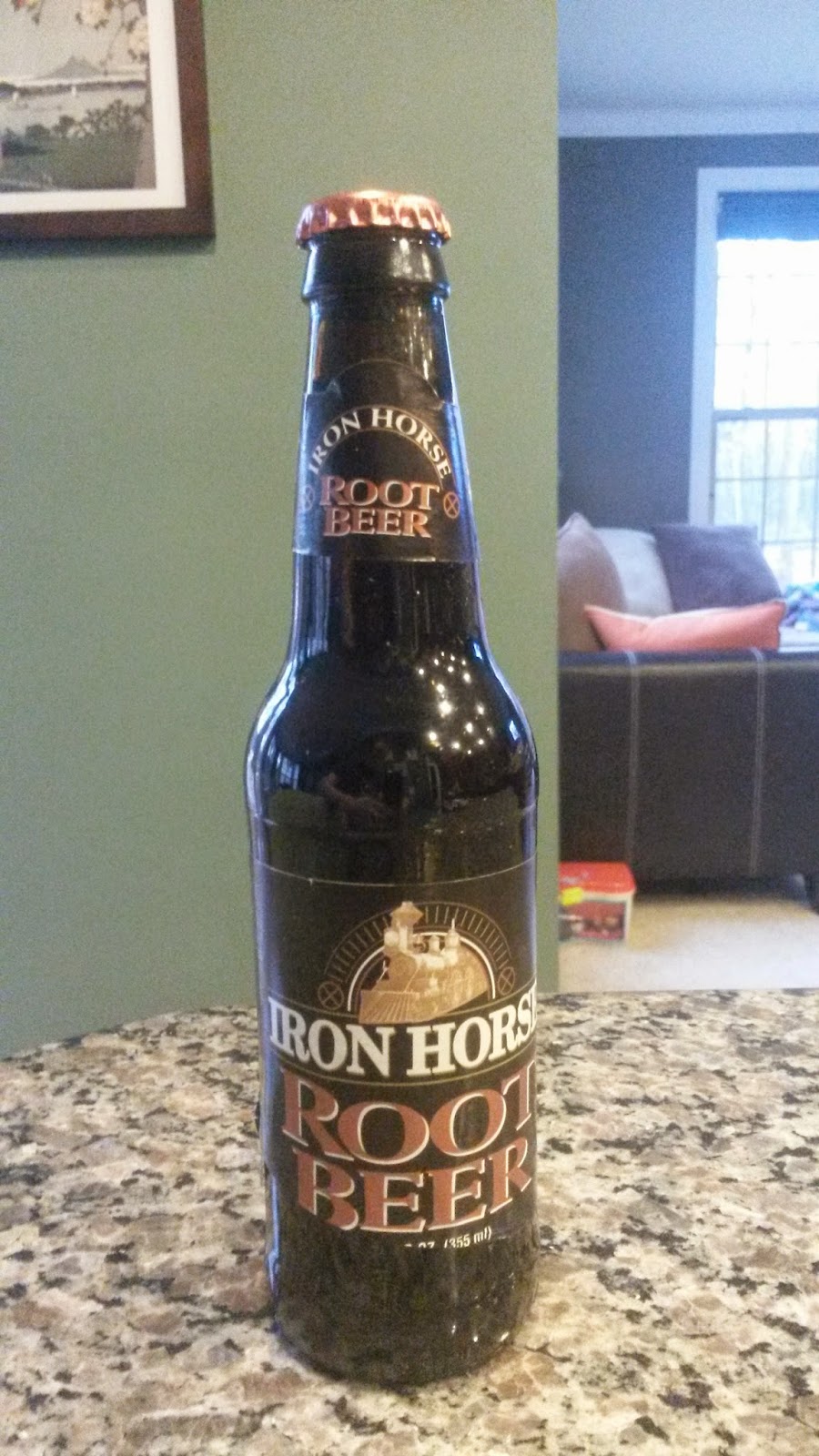 So as I kick off doing these reviews, I hold the right to change my mind later after more samplings. This is very much needed to be stated for Iron Horse, my first root beer I've had from the state of Minnesota. As stated in an earlier post, my 54 root beers from the root beer store were delivered when it was sub-freezing outside and 3 bottles exploded. Iron Horse had the unfortunate distinction of being next to the 3 that went kaboom. I can’t tell if it leaked a little or if it was just covered in sticky root beer from the others. The bottle was nearly impossible to open because the cap was stuck to it.

That being said, all the explosions in the world didn't cause Iron Horse to glue their labels on crooked and for one of the labels to have a huge chunk missing. This is not the first time, nor will it be the last, I've had a root beer that was sloppy about its presentation; but it could have been a fluke, if I order 99 more, is this the only one with  bad label?


But lets move on to the root beer. It’s more of a sharper root beer, somewhat likely due to the fake sugar (HFCS), but its not the sharpest I've had. It’s a decent flavor, definitely nothing heavy like molasses in it, and nothing out of the ordinary like cinnamon or butterscotch or anything. I can definitely taste some of the flavors in it, however things end up so much sharper/bitter with HFCS and I'm getting a strong yeast flavor. It doesn't have a taste that lasts in your mouth like a heavy wintergreen or licorice. What lasts is a little bit of bitterness I think caused by the yeast maybe, but again… I think that comes back to the problem with my first Minnesota root beer. 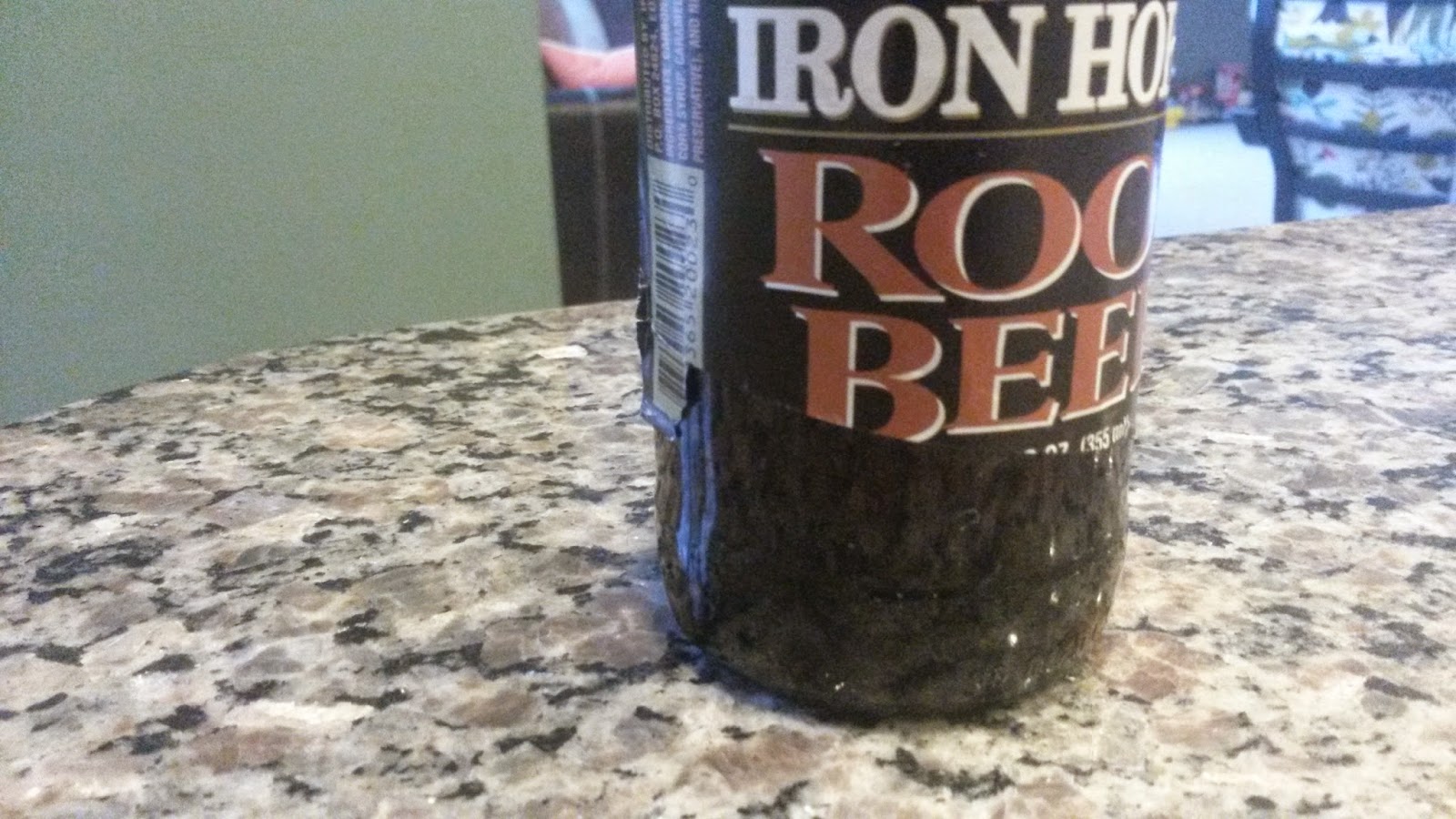 Nothing memorable except the terrible labeling and being just a little off with the flavors. Its not terrible, but just not god, a solid 2/5 and nothing higher to me, better than bad but I can’t say it will stick out in my mind.

These reviews will be intense, which is awesome. I'll just be giving quick ratings, I think.

Yeah this is about how in depth my reviews over on PPIAM root beer map reviews. just going to reuse them there.

Seriously though, look how crooked the labels are on this bottle.

Also whats the deal with Captcha only asking me to check a box now instead of typing in random nonsense words?

Yeah that's the new captcha system. Eventually, you'll have to check the box AND type a word, which I now have to do.