So here we are, dusting off the old blog for yet another Blogathon. So much has happened around here since the last Blogathon, and hopefully you've been following along throughout another thrilling year.

Here's what we will not have for this year's Blogathon:

- no podcast
- no guests
- no Mario Kart (thanks, Nintendo!)

However, we'll still be here for 24+ hours, watching sports, screening an AWFUL movie, eating terrible food, and writing nonsense poems about it all. We're trying to pull together our annual Pick ‘Em Challenge, where the three of us pick winners for many of the events taking place over the weekend. 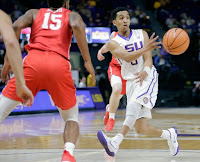 This year's awful sports movie is 3: The Dale Earnhardt Story, which is available to stream on YouTube. We'll be pressing "play" on YouTube at 9:00 p.m., so feel free to watch along with us and comment on the live-blog post.

In addition to the Rolex 24, the Australian Open finals, and X Games coverage, the college basketball schedule once again features the Big 12/SEC Challenge, so there will be a bunch of great basketball games to watch throughout Blogathon.

And similar to last year, the NFL Pro Bowl will actually be kicking off just before the Rolex 24 ends.

Below are highlights of the live events available to watch during the weekend. All times are Eastern.

Email ThisBlogThis!Share to TwitterShare to FacebookShare to Pinterest
Labels: blogathon

Can't promise I'll be with you for the extra stuff but I'm in for all the racing.

Loads of FA Cup games this weekend as well. I'm just watching Arsenal v Man United. Well, it's on while I do other stuff.

Bought tons of snacks but completely forgot to get something terrible. But I have just eaten haggis. It's nice!